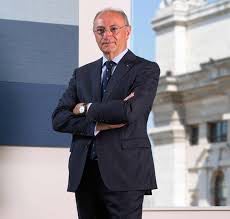 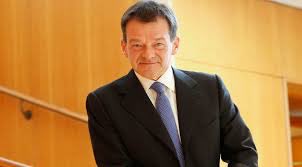 Clessidra sgr announced yesterday the first closing at 320 million euros of its new fund dedicated to investments in corporate UTPs, named Clessidra Restructuring Fund (CRF), after the acquisition of a portfolio of loans to  14 companies, which were sold by 10 banks (see the press release here).

The project was already announced in September 2018 by the former ceo of Unicredit, Federico Ghizzoni, today executive vice president of  Clessidra (see here a previous post by BeBeez) and which will directly manage the new fund together with Giovanni Bossi, former ceo of Banca Ifis who joined Clessidra last June, as already known since last June (see here a previous post by BeBeez). Ghizzoni and Bossi will be joined in managing the fund by Massimiliano Fossati (formerly responsible for Unicredit risk management) and by Silvio Longari and Luca Marson.

More in detail, the fund consists of two segments dedicated to the credit component and the new finance component respectively. The credit segment includes positions versus 14 Italian companies that are undergoing a process of industrial and financial recovery and solid fundamentals, which generate total revenues of around 1.4 billion and an aggregate ebitda of around 50 million. Those UTPs were sold by 10 banks as said. Amco (formerly SGA), BancoBPM, Banca Cremasca and Mantovana, Banco Desio, Credito Padano, BNL, BPER, La Cassa di Ravenna, MPS, and UBI Banca contributed to the credit sector. The banks subscribed in exchange for shares of the new fund, thus implementing the credit derecognition, thus freeing supervisory capital.

In the new finance sector, Clessidra has then raised, from Italian institutional investors, the financial resources that will be used to contribute to the relaunch and development of the companies in the portfolio. This structure, which is similar to that of the Dea CCR funds managed by Dea Capital Alternative Funds sgr (see here a previous post by BeBeez) and the latest Pillarstone Italy fund dedicated to the shipping sector (see here a previous post by BeBeez).

The note released yesterday does not say anything about it, but the parent holding of Clessidra sgr, Italmobiliare, is said to have played the role of anchor investor. Clessidra was assisted by Pedersoli law firm  for legal, regulatory and fiscal aspects and by EY for operational and fund structuring issues. The banks were assisted by the Gatti Pavesi Bianchi law firm for the legal aspects.

“Three years after Italmobiliare’s entry into Clessidra, the Clessidra Restructuring Fund represents an important step in diversifying the company’s activities, historically focused on private equity. This initiative underlines the industrial approach that Italmobiliare pursues in the development of its subsidiaries. With the launch of the CRF fund, Clessidra expands the intervention tools to favor the relaunch, growth and enhancement of medium-sized Italian companies with solid fundamentals, “commented Carlo Pesenti, chairman of Clessidra sgr and ceo of Italmobiliare.

“With the CRF fund, we want to be a partner of the banks by maximizing the recovery rate of the loans granted and a tool for growth of the medium-sized companies in the portfolio thanks to the provision of financial resources dedicated to the relaunch and development of the same,” said Ghizzoni. “The CRF fund represents a unique platform for the number of companies involved and innovative for the market because it simultaneously proposes a multi-originator and multi-target approach. The market is enriched with a new solution that can help companies develop better, “concluded Bossi.