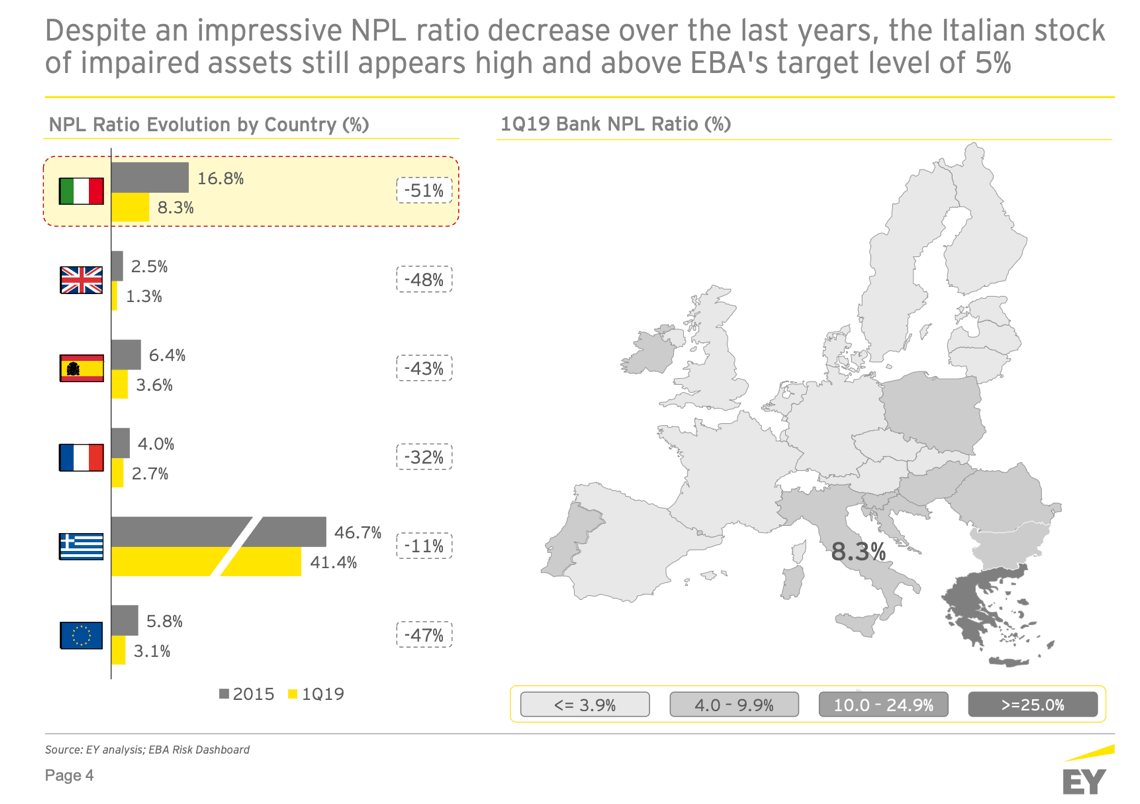 “If we want the ratio between gross non-performing exposures and total loans in Italy to fall to at least 5%, this means that the banks still have to sell 70 billion euros of credits “, said Luca Cosentino, Partner Financial Services EY, speaking at the Italy’s session of the Global NPL conference organized in London by Smith Novak last 1-2 October where BeBeez was media partner.

In fact, Cosentino recalled that “the recovery of impaired loans is on average compensated each year by the inflows of new non-performing exposures, therefore on a total of approximately 165 billion euro of impaired loans which at the end of June still lay on the books of Italian banks, at least 70 billions must be transferred in order to reach the target threshold of 5% of the gross NPE ratio set by the EBA “.

As for the mass of Italian NPEs still in circulation, counting both those on the books of banks and those transferred to other investors, Mr. Cosentino has calculated they are 350 billion euros GBV. A figure that is in the middle between the 330 billion euros calculated by Banca Ifis (see here a previous article by BeBeez) and the 380 billions one calculated by BeBeez (see here last Monday’s Beez Peak). In any case, the point is not 10 billion more or less, but the fact that those credits are still all there to be managed and recovered. At the moment a part of them has just changed places and moved from the books of the banks to those of the investors. The role of servicers and of investors specializing in particular types of loans is therefore increasingly important. According to Mr. Cosentino, in the coming months the Italian secondary market will see a boom in deals, with portfolios handed over once and for the first time that will return to the market and with investors specialized in specific asset classes with greater capacity to recover those specific categories of credit, which will buy them. 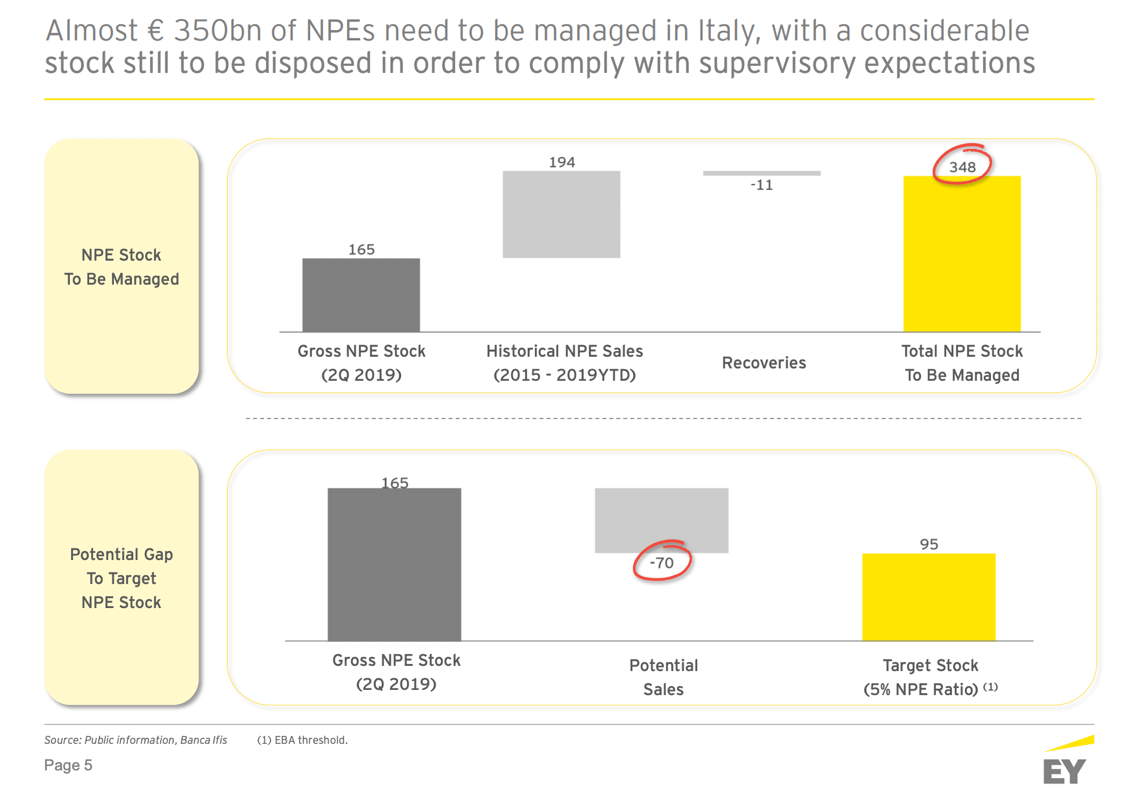