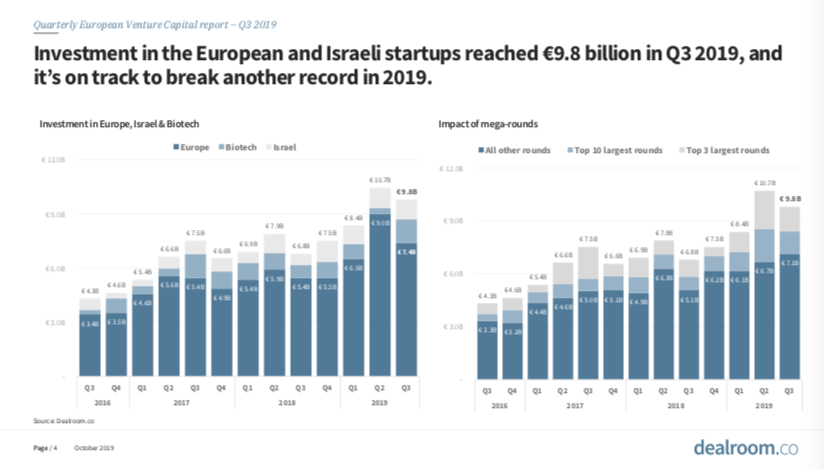 Year-to-date 28 billion euros were invested by venture capital funds in Europe and Israel, compared to 21 billions in the same period of 2018 and 29 billions in the whole of 2018. Investments in European and Israeli startups have reached 9.8 billion euros in Q3 2019 and could touch new records at the end of the year. This is revealed by the Quarterly European Venture Capital Report for Q3 2019 of Dealroom, which also states that Italy is in ninth place in Europe for venture capital, both in terms of investments (200 million euros) and number of rounds (21) (see here a previous post by BeBeez).

I3b, the Italian startup that produces hydro-jet motor DeepSpeed, launched an equity crowdfunding campaign on Crowdfundme, and set a fundraising target of 180k-460k  euros on the ground of a pre-money value of 5 million euros  (see here a previous post by BeBeez). William Gobbo founded I3b, who previously raised funds form a pool of business angels like Maurizio Di Robilant and Francois De Brabant.