FSI prepares to buy a minority of leading group in the plasma-derived sector, Kedrion 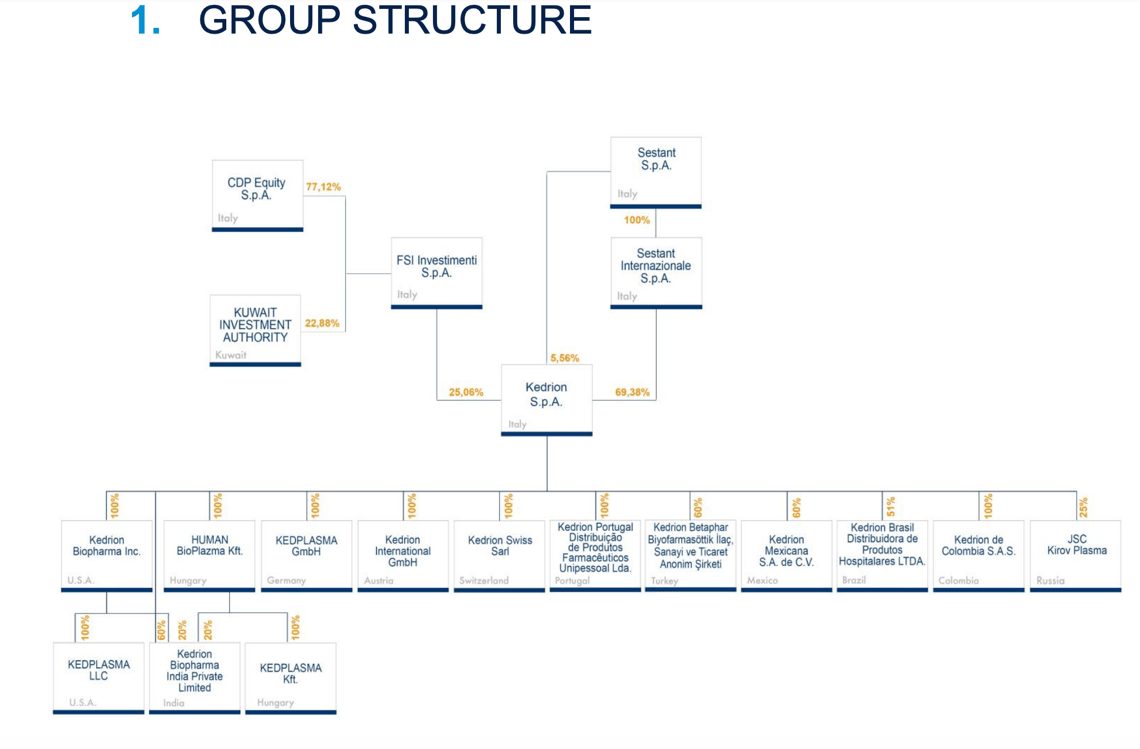 Rumors about a shareholders reshuffle for Kedrion spa, the leading group in the plasma-derived sector, are back. The group is now controlled by the Marcucci family, through the holding company Sestant spa, and participated in the 25.06% by FSI Investimenti spa, in turn controlled with a 77.12% stake by the Italian Government sponsored  CDP Equity and the rest by the Kuwait Investment Authority (see here a previous post by BeBeez).

According to reports from La Repubblica newspaper in fact, FSI Mid-Market Growth Equity Fund is said to be studying a deal consisting in buying a significant minority in Kedrion’s capital. More in detail, the deal under study would provide for the purchase of a 10% stake and subsequently the subscription of a 50 million euro capital increase, in order to finally control a 20% stake, with Cdp Equity that would dilute slightly to 25%.

The last rumors about a possible sharholders reorganization had circulated in December 2018, in conjunction with a collapse of the quotes of Kedrion’s 350 million euro bond maturing in July 2022 and paying a 3% coupon which was issued in July 2017. As of December 2018, infact, that bond had ended up below 80 cents (see here a previous post by BeBeez). It was then said that the Kedrion dossier was  being examined by Italmobiliare, Edizione holding, the Canadian PSP fund, the family office of the Usa Koch family, but also by Chinese conglomerates.

Then Kedrion had released a note to clarify that the reason for the collapse in bond prices was not explained, underlining the fact that the business was booming. And in fact the balance sheet results continue to be very good, although the bond prices remain depressed. The bond listed on the Irish Stock Exchange still travels around 85. Last April, however, another bond was repaid, initially issued for 300 million but recently in circulation for only 58 million following a repurchase offer. 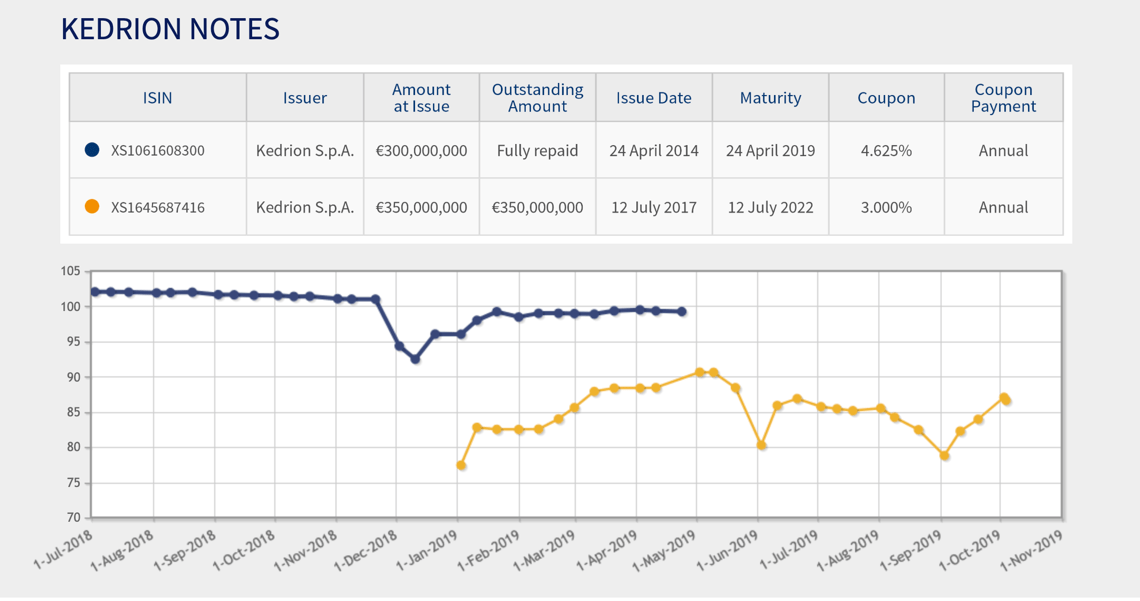 In the spring of 2013 the company had studied the ipo project, but then nothing was done (see here a previous post by BeBeez) and in the Summer of 2013 private equity firm Investitori Associati had sold its 32.25% stake to the Marcuccis themselves for 196 million euros (in December 2006 the fund had paid about 67 millions to buy that stake) against a total valuation of the company of 602 million euros.

Before that, in July 2008, Kedrion had also come to define a price range for its ipo for newly issued shares of 9-12 euros for a total enterprise value of 557-703.4 million euros. But in that case the ipo was canceled at the last moment because the price was eventually judged too high by institutional investors.

Kedrion is based in Borgo (Lucca). The company collects and fractionates human plasma in order to produce and distribute plasma-derived therapeutic products to be used in the treatment of diseases, pathologies and serious conditions such as haemophilia and immunodeficiencies. For years the company has been collaborating with the Italian National Health System, in order to help it achieve the goal of self-sufficiency in the supply of plasma-derived drugs. In recent years Kedrion has expanded its activities in Hungary and the United States and today is present in around 100 countries in the world, in Asia, Europe, North and South America. The company has also strengthened its plasma and production collection capabilities, also acquiring the rights to strategic products for the treatment of haemophilia and for the prevention of Rh incompatibility, a condition that can cause haemolytic disease of the fetus and Newborn (MEFN).