Home Companies Italy’s search fund Patria buys Farmoderm. This is the first deal by a search fund in Italy. A conference today in Milan on this topic
Private EquityOctober 14, 2019Posted By: bebeez
Print Email

Italy’s search fund Patria buys Farmoderm. This is the first deal by a search fund in Italy. A conference today in Milan on this topic

The first acquisition of an Italian company by a search fund, has been finalized. A search fund is a company that is set up specifically for the purpose of acquiring, managing and developing a single target company in view of a possible long-term disposal by listing or selling to third parties. The search fund capitals are collected from private investors and, once the acquisition is carried out, the search fund promoter, called searcher, will also be the one who will manage and develop the company full-time. In essence, he will be the head of the management team. 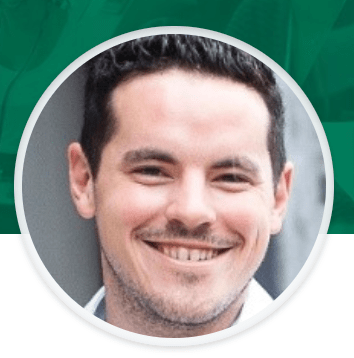 The Italian target company we are talking about is Farmoderm srl, based in Novate Milanese and owner of farmodermatological laboratories, founded at the end of the 80s by a group of professionals specialized in pharmaceutical research, medicine, pediatrics, dermatology, gynecology and geriatrics.

The searcher we are talking about is in this case Guido Fileppo, who raised his search fund Patria Private Capital, convincing to participate in his project a group of private investors among which are well known names in Italian finance such as Paolo Braghieri (former ceo of GE Capital Interbanca ) and the investors of Reed Seed, a venture capital investment holding company founded by Elisa Schembari and Roberto Zanco, and financed by a pool of private investors including Roberto Italia (one of the promoters of the Spac Space series and of the new club deal Space Capital Club, see here a previous post by BeBeez) and Federico Leproux, ceo of Teamsystem.

Well, Fileppo, after being given 200k euros from this group of investors to cover search expenses, negotiated the acquisition of Farmoderm srl, which was valued at 5 million euros and for which the investors paid little less than 3 million euros in equity and rest was debt.

The search fund concept was coined in 1984 by H. Irving Grousbeck, a professor at Stanford University’s business school. Initially they were very popular within the business schools (with Stanford in the front line) and among the students of the most prestigious US MBAs, who saw in this structure a fantastic opportunity to measure themselves as entrepreneurs. Search funds then spread outside the academic walls, winning over experienced managers determined to become entrepreneurs.

In Italy, this is still a very new instrument, so much so as to have been the subject of a degree thesis which, due to the originality of the subject, has turned into a book, which will be presented today in Milan, at Palazzo Mezzanotte, Borsa Italiana headquarters, by the author, Antonio Molinari, and by some searchers, investors and insiders (see here a previous post by BeBeez).

The most recent search fund in Italy is the one established last March by Toby Sacchi Clarence-Smith, named CS Investimenti srl, and supported by a group of 16 investors, mainly from international family offices and leading US and Spanish private equity funds and Germans (see here a previous post by BeBeez). Sacchi Clearance-Smith has a past as co-founder of Petsy.mx, one of the leading ecommerce platforms for pet products in Mexico. The startup, founded in 2013, has been funded over time by major venture capital funds of Mexico such as ALLVP, Mountain Nazca, Mexico Ventures, Dila Capital, Capital Invent, as well as business angels and other private investors. In July 2018 Petsy.mx was acquired by market leader Maskota.

The first search fund in Italy was Maestrale Capital srl, launched in February 2017 by Vito Giurazza, who was executive director at JP Morgan in the m & a department and worked as a consultant for Bain & Company. A bet on the fund was a group of private investors that includes Paolo Ainio (Banzai), Francesco Rossi Ferrini (JPMorgan), Sandro Mina (Relay Investments) and German search fund investor Jürgen Rillin.

The second search fund arrived in Italy was then Tre Cime Capital Ltd. Initially launched in Spain, Tre Cime was then refocused in Italy in 2016. It was launched by Tommaso Romanelli, manager who was trained in Silicon Valley, working in the sector of renewables (led Makani Power, later acquired by Google X). To finance it were investors such as Daniele Benatoff, manager of hedge funds and former Goldman Sachs; Paolo Guida, manager of the startup sector; as well as American entrepreneurs such as Bill Egan, founder of the Alta Communications multinational and one of the best-known venture capitalists in the US.

Finally, Riccardo Triolo, after the adventure with his Svinando, a B2C online platform dedicated to wine, which he sold to Giordano Vini, controlled by the Milan-listed Italian Wine Brands in March 2018 (see here a previous post by BeBeez),  launched his search fund Legacy Partners.

Then there is another searcher, Cristian Piccinato, who is in the process of raising capital for his Sprint Capital search fund, as well as Pietro Paolo Paci, a professional and business consultant who launched his search fund Augusta Capital Partner.

As for investors, in Italy there is still no subject that structurally invests in search fund, precisely because, explained to BeBeez Fabio Sattin, chairman of Private Equity Partners spa, speaker of Molinari’s thesis at Bocconi University, “the opportunities to date in Italy are very limited. Opening a specific investment structure dedicated to search funds makes sense when you may close 7-8 deals per year, in my opinion. This is what happens inmore mature markets such as the US, where there are about 150 operators specialized in search fund investments”.

Could Private Equity Partners be the first serial search fund investor in Italy? “At the moment I am limiting the mere study of the phenomenon from the academic point of view. But this does not mean that certainly, when the market will be more developed, it couldn’t be an interesting segment to preside,” replied Sattin, who highlighted a series of interesting characteristics of the instrument: “It has a very industrial approach and allows supporting the phase of generational turnover by inserting innovative, competent and motivated entrepreneurs, and supported by senior investors. It is not the classic fund (with its logics, limitations and timing). Each deal is unique, has its own history and is tailored to the needs and characteristics of potential investors and the target company. Investors often have an important strategic role, giving added value by providing contacts , experience and relationships. Furthermore, they share the selection, due diligence and decision phase, unlike, for example, the SPACs, which are listed entities so they may not share anything with investors in advance. And then you give money to those who will personally manage the acquired company: you can basically see in the face and evaluate who will actually manage it and decide based on your personal assessment. Also in this respect, the search funds are very different from SPACs”.

Last bu certainly not least, Sttin said: “Returns from search funds are quite high, compared to those offered by traditional private equity funds”.  In fact, Molinari in his book reports that at the end of 2017, US search funds had generated gross aggregate returns of 33.7% for their investors. 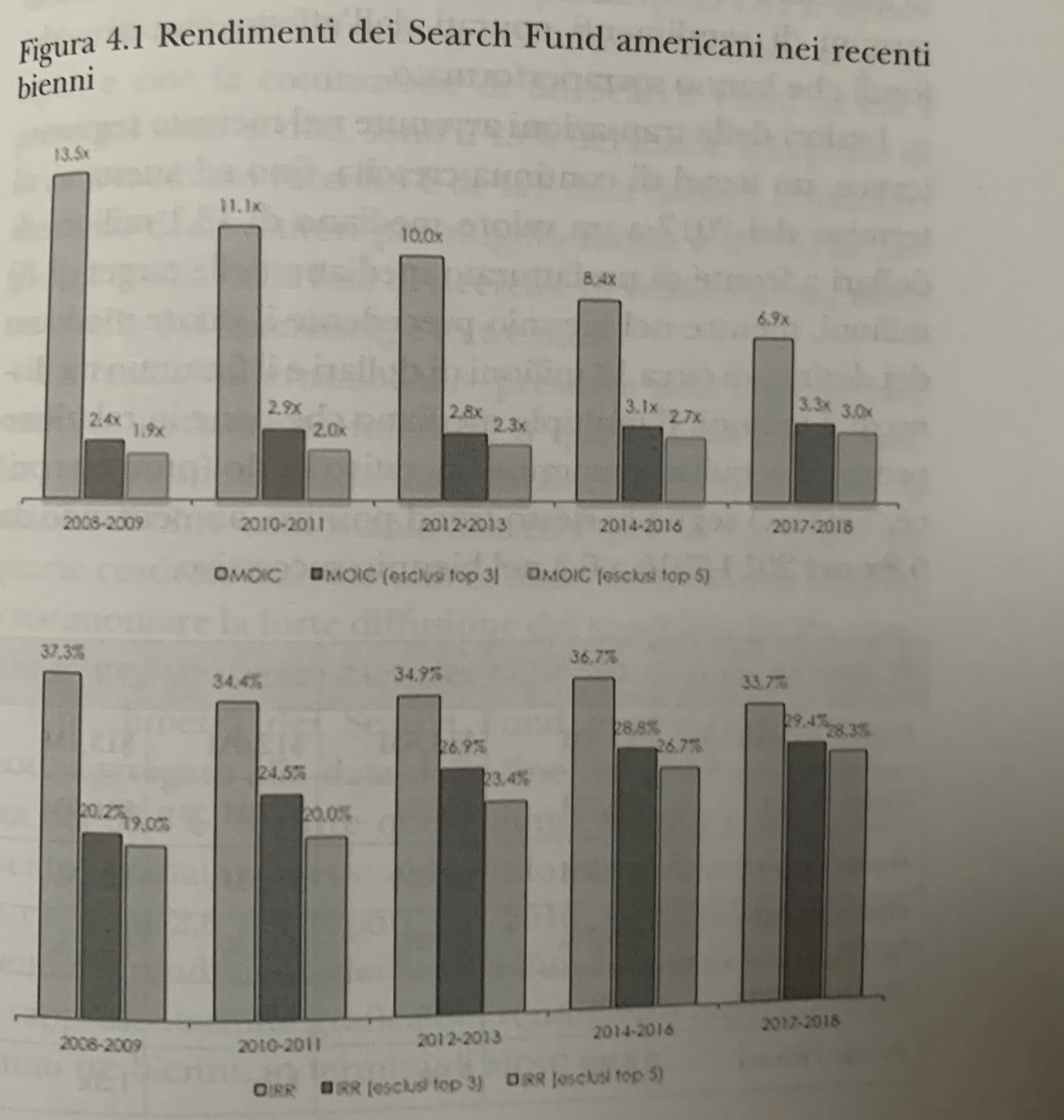