Intrum in pole postion to by NPEs division of Milan-listed Cerved Group. Bain Capital and doValue are studying the dossier too 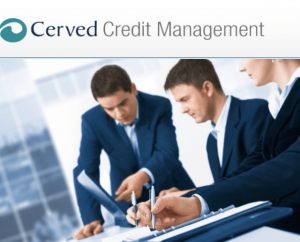 Intrum, Bain Capital and doValue are said to be interested in taking over Milan-listed Cerved Group’s NPEs division, Milano Finanza,  reported adding that Intrum is in pole position with a particularly competitive offer.

Cerved Credit Management has been on the market since last September, with the group that mandated Mediobanca to explore strategic options for the future of the division (see here a previous post by BeBeez).

The division would be valued at around 400 million euros. In fact, if we imagine a multiple enterprise value/ebitda of 6.5x (doValue quotes on the Milan Stock Exchange at around 5.5x) and apply this multiple to an adjusted ebitda estimated for 2019 of about 60 million euros, we arrive at that figure. In the first 6 months of 2019, in fact, the ebitda of the entire Cerved group rose by 6.4% compared to the same period of 2018, to 111 million euros (from 104.4 in the first half of 2018), of which 30.9 millions generated by the Credit Management division. At June 30, 2019, the division had managed 53.3 billion euros in loans, of which 43.8 billions were impaired (see here the press release). The numbers, however, do not incorporate the impact of the termination of special servicing activities on non-performing loans between the Juliet platform (owned by Cerved and Quaestio) and Montepaschi, which took place last July (see here a previous post by BeBeez). Therefore the estimate of the ebitda at 60 million euros at the end of the year may be in excess.

Cerved Group had closed 2018 with an adjusted ebitda up 14.8% to 208.5 million from 181.7 million in 2017, also in this case thanks to a leap made by the Credit Management division, whose ebitda has almost doubled , rising to 52.4 million and an adjusted net profit even up 24.5% to 117.1 million from 94.1 million in 2017 (see here a previous post by BeBeez). There are many enhancement options on the table, from the pure sale of the division, to its integration with specialized operators, to industrial partnerships.

In September some sources  hypothesized that the potential partnership between Banca Ifis and Credito Fondiario, announced in August, could be the piece of a more complex deal, which might see Credito Fondiario as a pivot, which could have acquired from Banca Ifis  its investment and management division of Npl, Ifis Npl spa, specialized in Npl consumer unsecured, with Banca Ifis that could have obtained in exchange a share of the capital of the new combined reality and in which Cerved Credit Management could also be merged. However, at the beginning of October it was announced that the partnership between Credito Fondiario and Banca Ifis, if it will be done, will be limited to servicing only and not to investment in non-performing loans. So the previous hypothesis involving Cerved seems now groundless (see here a previous post by BeBeez).

In any case, the sale of the non-performing loan servicing division would allow the Cerved group to bring important capitals home, able to revive its quotations, after the Advent International’s turnaround on the announced offer last March (see here a previous post by BeBeez) and after the termination of the contract with Mps assigning to the credit management platform Juliet the exclusive servicing of a portion of the mega-securitization credits of 26, 1 billion euros of Npl (see here a previous post by BeBeez).

Cerved Group since last April is headed by the ceo Andrea Mignanelli, flanked by the executive president Gianandrea De Bernardis (see here a previous post by BeBeez). Mignanelli used to be head of Cerved Credit Management and was named ceo, following the surprise resignation of  former ceo Marco Nespolo in October 2018 and his replacement in the running with De Bernardis. Nespolo left the group to play the role of ceo for the Fedrigoni paper mill group, controlled by Bain Capital since the end of 2017 (see here a previous post by BeBeez).

As for Intrum, it is the largest global provider of credit services, born at the end of June 2017, from the union of the Norwegian Lindorff (controlled by Nordic Capital) and the Swedish Intrum Justitia (see here a previous post by BeBeez). Intrum Italy is the joint venture between Intesa Sanpaolo (49%) and Intrum (51%), which brought together around 600 employees from the credit recovery department of Intesa Sanpaolo and the leasing & Reoco operating teams, after an agreement signed in April 2018 on the basis of which Intesa Sanpaolo sold a 10.8 billion  euros NPLs portfolio to a securitization vehicle that issued ABS securities whose equity component was underwritten 51% by Intrum and Carval Investors (41% and 10% respectively) and the rest by Intesa Sanpaolo (see here a previous post by BeBeez). The company is chaired by Giovanni Gilli and led by ceo Marc xx,  while head of real estate and leasing NPL is Salvatore Ruoppolo.

For the Intrum group, the acquisition of Cerved Credit Managemennt would be the fifth m&a deal n in Italy after the one of the Intesa Sanpaolo platform, and after the acquisition of CAF in December 2017, acquired from Lone Star together with a 370 million Npl portfolio (see here a previous post by BeBeez); the one of Gextra in May 2017, taken over from Italfondiario and founder Francesca Carafa, who remained on the team (see here a previous post by BeBeez); and the one of Cross Factor in Spring 2016.