Ferretti Group’s listing project sanks. The luxury yachts maker will go for a private placement of a 30% stake 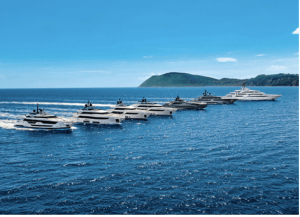 The company in a note writes that “despite the appreciation shown by investors, especially Italians and Asians who supported and believed in the company, […] and despite considering the quality and the number of applications received, the deterioration of financial market conditions does not allow the company to be properly valued “. It states, however, that “it will continue to pursue its own development and growth objectives considering the excellent capital, liquidity and commercial success conditions that are such as to enable the Company to execute its plan for 2019-10-18 at 06.23.00 industrial already totally financed by the shareholders and the credit system towards which the company has a zero debt position “. 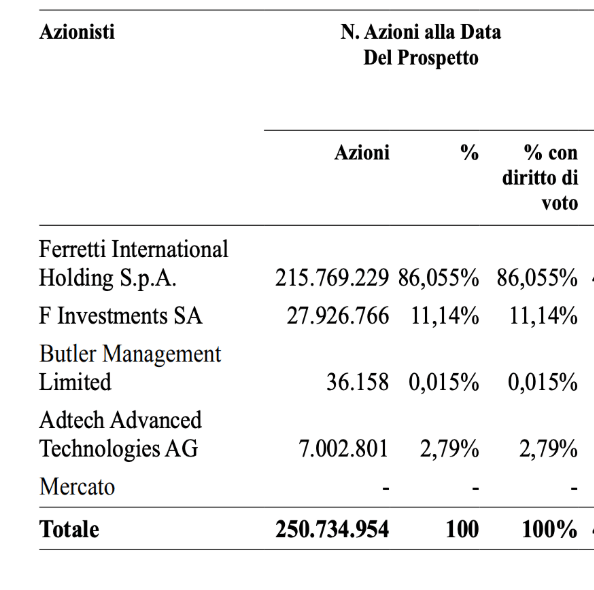 Ferretti “will continue to optimize the allocation of resources from the financial market and identify the right time for listing when the situation on the financial markets has stabilized”, commented the chairman of Weichai Group and Ferretti Group, Tan Xuguang, in a separate note. Today, Weichai controls the group at 86%, through Ferretti International Holding spa, with Pietro Ferrari having 11.1% and technical partner AdTech, which has 2.79%

Ferretti’s ceo Alberto Galassi commented yesterday: “First Ferretti will close the budget and will show how much it is worth and then it will proceed with a private placement“, given that it has talks underway “with some investors for months” (see ANSA press agency report here)

Mr. Galassi stated that “the order book has been closed and all allocated, but at low prices, because the markets are nobody’s friends, neither in Italy nor in other countries”. So the landing on the stock market “will resume after we have shown how much we are worth and together with a new partner”, which could reach up to 30% of the capital, as foreseen for the ipo project, and then dilute the share of all three the shareholders in the event of a new listing attempt “. However, important investors such as Generali, Mediolanum, Fideuram and Kairos had already joined the ipo. “In particular, Mediolanum and Generali are among the top six investors who have adhered to the offer “, Ferretti’s ceo added, underlining: “We didn’t have to make an ipo, we wanted to make a good one”.

Ferretti’s ipo included both a capital increase, with the issue of 40 million new shares (for 80-100 million euros, based on the last price range), and the sale of 47 million shares by some of the current shareholders. At the end of September Ferretti set the price range between 2.50 and 3.70 euros per share, equal to an equity value pre-increase in capital of between 627 and 928 million euros, corresponding to a post-increase capitalization of capital between 727 million and 1.076 billion (see here a previous article by BeBeez) . However, last Tuesday the placement price was lowered to 2-2.50 euros per share. Last Spring, Ferretti had pre-money assessments of around 750 million euros based on a multiple of 14 times the 2018 ebitda which was just under 53 millions against 609 millions in revenues (see here a previous article by BeBeez).

As already indicated by BeBeez, some bad news came from the US, after WeWork withdrew its project ipo. However against Ferretti played probably also the fact that the informative prospectus on the subject of dividends is clear: “The issuer did not distribute dividends in 2016, 2017 and 2018 and there is no provision for dividends to be distributed over the medium term, unless otherwise decided by the shareholders’ meeting”. Translated, it means that an investor had to buy Ferretti’s shares only because he believed that the value of the group would have grown over time and not because he expected to be remunerated by the company for his investment. Not only.

Looking through the prospectus, among the risks, we read that “the total provisions for civil, tax and employment law disputes at 30 June 2019 amounted to approximately euro 14.3 million, against a total petitum amounting to approximately euro 63 millions“. And besides, there could be more surprises. One of the disputes mentioned in the prospectus concerns GP Yacht srl, once a Ferretti selling agent, with regard to which “at the date of the prospectus the appeal judgment is pending for an amount of approximately 11 million euros” and whose story is intertwined with that of the failure of Luxury Yacht Corporation srl, a Ferretti’s agent for the distribution of boats in Italy, which was declared bankrupt in 2015 for losses on used boats, exchanged in the price account, against the sale of the new Ferretti boats. The latter has not yet translated into a claim for damages for Ferretti and for this reason was not considered in the prospectus (see here a previous article by BeBeez).

The Ferretti Group boasts are the best brands in international yachting, with six all Italian shipyards employing over 1,500 people without considering the widespread presence in the area, exporting to 75 countries with great market success, such as to have generated an order collection of over 465 million with an increase of 18% in the first 9 months of 2019 and 25% for the ebitda. A result that is in addition to the good data of the half-year, released at the beginning of the month and which showed revenues up to 332.5 million and an adjusted ebitda in turn rising to 30.2 million. As for net financial debt, at the end of June it had risen to 286.3 million, taking into account the impact of the new IFRS 16 accounting standard (without which it would have been 275 million), but today the financial position has been substantially neutralized, given that in view of the hypothesis, at the beginning of September Weichai had converted the shareholders’ loan from capital to around 212 million euros.

Weichai had invested in the yacht group at the beginning of 2012, as part of a complex debt restructuring process. Then the Chinese group had invested 178 million euros in equity and had at the same time bought Ferretti’s debt from the Oaktree fund, Rbs and Strategic Value Partners, which had converted to equity, reaching 75%. At the same time, Rbs and SVP had converted the rest of the debt into equity, reaching 25%. Subsequently Weichai rounded up its quota and in 2016 Pietro Ferrari, Enzo’s son, bought his 13.6%. At the golden age, in 2006, Permira had sold 52% of Ferretti to Candover (maintaining an 8% stake, while the founder Norberto Ferretti and managers had risen to 40%), based on an EV of 1 , 7 billion euro, against revenues of 770.4 million at the end of fiscal year 2006 (August) and an ebitda of 118.4 million.