Apollo strikes deal to buy 48.67% of Gamenet from Trilantic, the Chiarva family and Intralot. It will launch a mandatory tender offer. The stock sinks 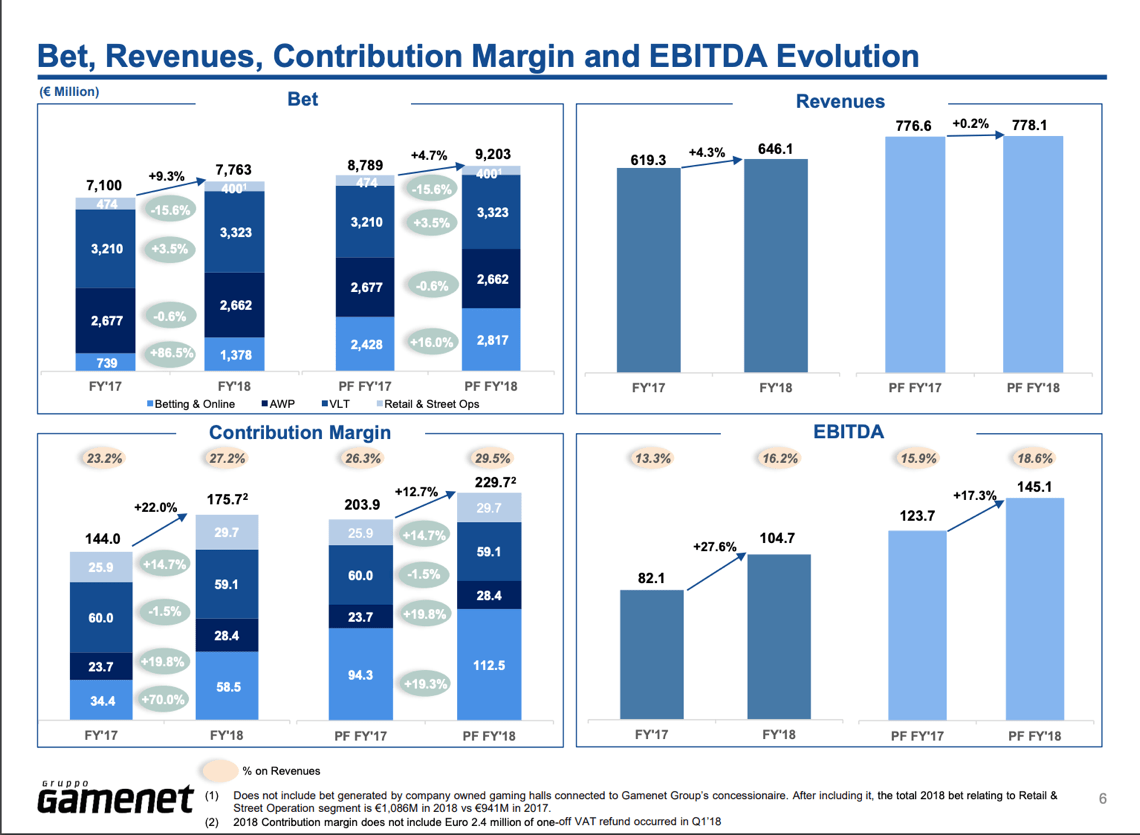 Apollo Capital Management announced yesterday that it had signed agreements for the purchase of 48.7% stake in  Gamenet gaming and betting group. The newco Gamma Bidco, which belongs to the Apollo Management IX fund, has in fact signed two separate contracts with the main shareholders of the group that are, on the one hand, TCP Lux Eurinvest sarl, which is part of the Trilantic Capital Partners Europe fund and to the Chiarva family, which controls 28.7%, of Gamenet; an on the other hand with Intralot Italian Investments, which controls a 20% stake. The purchase will then involve 8.6 million Gamenet shares for a total value of 182.5 million euros, equal to 12.5 euros per share (see here the Gamenet press release, here the one by Trilantic Europe and here the one by the legal consultant).

The transaction involves the launch of a mandatory takeover bid on the remaining shares of Gamenet aimed at delisting the company from the Milan Stock Exchange and is expected to close by the first quarter of 2020,  once authorization has been obtained Antitrust Authority and the Customs and Monopolies Agency. The price, however, does not seem particularly generous. According to Banca Imi, in fact, it corresponds to a 4.4x multiple EV/ebitda 2019  far from the 9-10x typical of the sector. And even according to Equita, the implicit multiple EV/ebitda is low, ie 4.8x. In any case, yesterday the stock at Piazza Affari closed at 12.66 euros, with an 8.39% drop from Tuesday 22 October’s closing price. 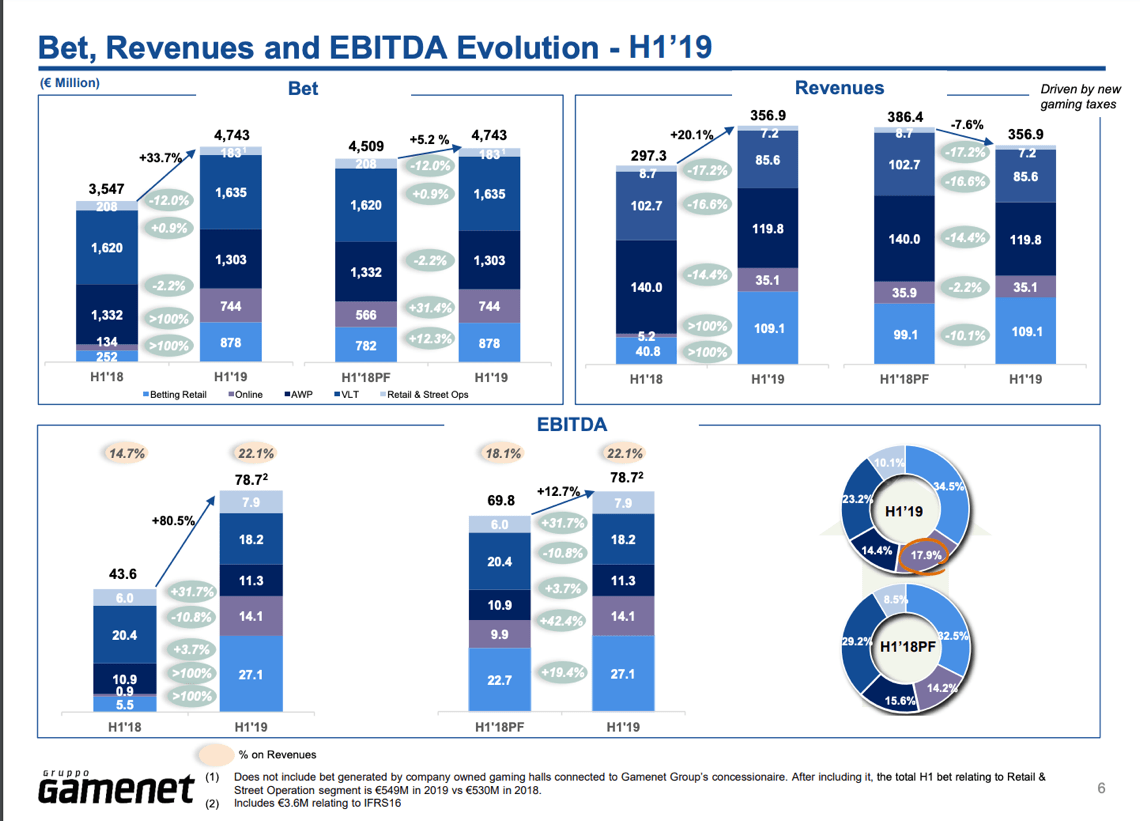 Paul, Weiss, Rifkind, Wharton & Garrison and Latham & Watkins act as legal advisors to Apollo. PwC is instead Apollo’s tax and financial consultant. White & Case is Tcp’s legal advisor and Cba is the legal advisor of the industrial group led by the Chiarva family, the second largest shareholder of Tcp. Caiazzo Donnini Pappalardo & Associati is legal advisor to Intralot.

Yesterday’s press releases do not mention this, but last October 9 Trilantic Europe and its co-investors had signed the final contract for the sale to the Chiarva family of just under half of the remaining stake in Gamenet’s capital owned through TCP Lux (see here press release), as announced at the end of July (see here a previous article by BeBeez). However, the structure of the deal resulted different from the one announced in July.

The note released then, in fact, read: “TCP Lux Eurinvest sarl, a subsidiary of the private equity fund Trilantic Capital Partners IV Europe, has signed a contract for the sale to G Partecipazioni srl, an Italian company set up ad hoc and which will be held 50.1% by TCP Lux and 49.9% by the Chiarva family (through the subsidiary San Luca spa), of 8.6 million Gamenet shares, equal to 28.67% of the latter’s share capital “. Instead, the press release of October 9 states that “today the shareholders of TCP Lux Eurinvest sarl, including the private equity fund that controls it, Trilantic Capital Partners IV Europe, have sold to G Partecipazioni srl, a company controlled by the Chiarva family (through the subsidiary San Luca spa), 49.9% of the shares of TCP Lux, which in turn holds 8.6 million shares of Gamenet, equal to 28.67% of the share capital of the same “. In any case, Trilantic Europe currently owns 14.3% and, at a price of 12.5 euros per share, for that share will bring home a return of 3.5 times the invested capital.

Last May, Tcp Lux Eurinvest had already sold 15% of Gamenet through an accelerated book building procedure reserved to institutional investors, at a price of 8.35 euros per share, for a total amount of 37.575 million euros and had fallen to 30% (see here a previous article by BeBeez). While before the closing with the Chiarva the fund had sold to third parties 1.57%, so as not to incur the obligation to launch a mandatory takeover bid when the stake was transferred to G Partecipazioni (Italian law compels it whenever a stake of 30% or over of a listed company is transferred). 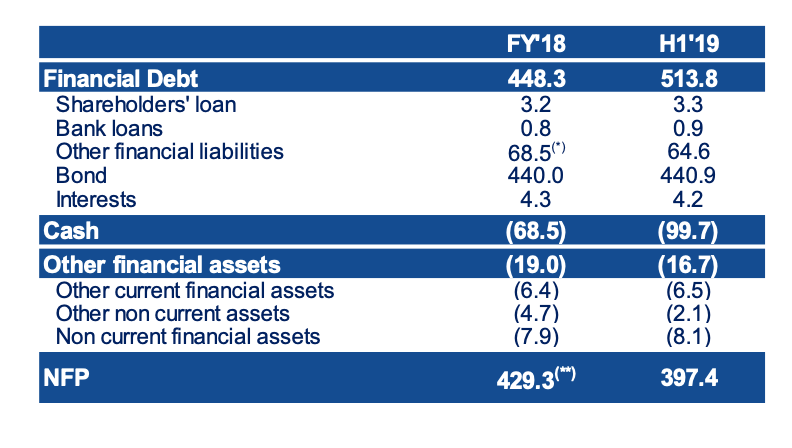 In December 2017, Gamenet debuted on the Star segment of the Italian Stock Exchange at 7.5 euros per share, with a capitalization of 225 million euros at a multiple of EV/ebitda 2016 of 5.7x. Tcp Lux Eurinvest’s stake in Gamenet thus fell to around 45% from 79.068%, while Intralot Italian Investments bv remained at 20% (see here a previous article by BeBeez). In the ipo Trilantic had sold 10.5 million shares, totaling 35% of the share capital, for a total value of 78.75 million euros, gross of commissions.

Gamenet is one of the largest operators in the regulated gaming sector in Italy. It boasts a wide range of multi-concession gaming products in four different sectors: amusement with prize machines (AWP) dealer; video lottery terminals (VLT) dealer; online betting and gaming dealer (Betting & Online); manager of gaming rooms and and proprietary AWPs (Retail & Street Operations). Gamenet in 2016 merged with Intralot Italia and in October 2018 took over Goldbet, financing itself through the guaranteed senior bond loan of 225 million maturing in 2023 (see here a previous article by BeBeez).