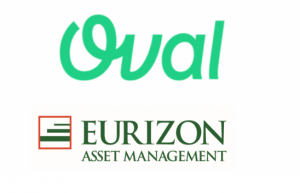 Oval Money, a London-based fintech startup that provides a digital piggybank, raised a new investment round from Eurizon, the asset management unit of Intesa Sanpaolo (see here a previous post by BeBeez). Eurizon is said to have invested 4 million pounds. Intesa already had invested in Oval in 2018 through its fintech venture capital arm Neva Finventures that poured 4 million euros in the company. In April 2018 Oval Money raised 788k British Pounds through an equity crowdfunding campaign on UK platform CrowCube. At the end of 2016, Oval Money raised 1.2 million euros from Intesa SanPaolo, b-ventures and Bertoldi Holding. Bespoke business angel Fabio Cannavale also invested in Oval through Boost Heroes. Benedetta Arese Lucini, the former Italian country manager of Uber, Claudio Bedino, and Edoardo Benedetto founded Oval in April 2017. After having signed such partnership, Eurizon will gain access to a further distribution channel. Tommaso Corcos is the ceo of Eurizon.

Entando, a platform for the development of enterprise cloud-native apps based in San Diego, California, raised a financing round from Vertis and the B2B innovation platform Gellify (See here a previous post by BeBeez). Italian entrepreneurs Claudio and Walter Ambu founded Entando in 2015 together with US partners Paul Hinz and Robert Joseph Harvey.

Panelists and attendees of the Milan event-platform ScaleIT said that Italian scaleup market is interesting, although of smaller dimensions compared to other systems (see here a previous post by BeBeez). ScaleIt’s advisory board selected 32 international venture capital funds and 14 innovative italian startups. Lorenzo Franchini, the founder of ScaleIT, heads the advisory board of which are part Michele Novelli, Emil Abirascid, and Pietro De Nardis. The startup that attended this year’s event are: Appquality, Artemest, Coverholder, Homepal, inVRsion, Inxpect, Cesarine, Manet, Mediately, Sailogy, Soul-K, Travel Appeal, Vivense, and Wonderflow. Franchini said to BeBeez that ScaleIt aims to allow Italian tech companies to liaise with international investors. In 3Q19, international funds made 27 investments in Italian tech companies (+52% yoy) for an amount of 608 million euros (398 million). Fabio Lancellotti, a partner of French fund Aster Capital, said to BeBeez that the skills of Italian startuppers are improving and have a risk profile that is lower than their European peers as they grow at a slower pace. Aster Capital has not yet invested in Italy but is currently looking at to potential deals. The fund invests in the digitalization of B2B sectors, with a focus on industry, smart cities, and mobility. Piero Strada, a managing partner of London investment bank Silverpeak, said to BeBeezthat Italy is attracting a growing interest of international funds. Giovanni Vecchio, Euronext director for Italy, said to BeBeez that Italian fast growing tech companies have the potential for launching IPOs on Euronext’s Growth segment, where it’s possible to raise 20-50 million. Euronext is also working with crowdfunding platforms.

Walliance, an Italian real estate equity crowdfunding, reached a new fundraising peak with the project Milano, Naviglio Grande that raised 1.64 million euros from 400 investors in three hours with an overfunding of 165% (see here a previous post by BeBeez). Gianluca Gaspari is the promoter of such campaign. The campaigners will invest the raised funds in refurbishing a former industrial plant. Abitare.co will handle the sale of the real estate units. Investors may gain an up to 11% yield. In September, Walliance launched and closed a one million euros capital increase. Italian high-end furniture maker Lago invested in the platform. Walliance will invest these proceeds in its international expansion. Walliance is the most active Italian real estate platform. The database of CrowdfundingBuzz, says that Walliance raised 5.37 million since the beginning of 2019, for a total of 12.9 million since 2017. Giacomo and Gianluca Bertoldi founded Walliance through Bertoldi Holding, which owns Italian supermarkets chain Orvea (that signed a partnership with Gruppo Poli) and invests in real estate activities and startups. Walliance helped to raise 13 million for real estate projects and has 23,000 profiled users.

California-based biotech Dauntless acquired the patents and the know-how of Italian Biouniversa and launched IntrepidaBio, that Joel F. Martin, Olivier Laurent (heads of scientific research), and Maria Caterina Turco (head of the scientific board and co-founder of Biouniversa) will manage in San Diego (see here a previous post by BeBeez). IntrepidaBio will develop drugs for oncological care and will start human clinical tests in 2021. US venture capital Sofinnova Investments and Canaan will invest 9.5 million dollars for the transaction which is worth 16.5 million. Biouniversa, born in 2009 as a spin-off of the University of Salerno is a relevant shareholder of IntrepidaBio. Biouniversa previously received the support of venture capital funds Indaco and Vertis. Indaco has resources of 250 million euros and invests in Europe, the US, Canada, and Israel. The former management team of Intesa Sanpaolo venture capital that Davide Turco heads owns 51% of Indaco. Amedeo Giurazza is the founder of Vertis, which is based in Naples and with a bureau in Milan and has 160 million of resources for 2 private equity funds and 4 venture capital vehicles. Lazio Innova, whose coo is Andrea Ciampalini, is the anchor investor of Vertis Venture 2 Scaleup, which supports Lazio-based startups in the fields of Industry 4.0 and digital transformation.

The Italian innovation platform for innovation B2B Gellify sold to TeamSystem, a developer of B2B software that belongs to Hellman&Friedman, its 51% of TechMass, a start-up for the digitalization of production processes (see here a previous post by BeBeez). Gellify acquired the majority of TechMass together with complete lean transformation consultancy firm auxiell in January 2019.

Comehome, the Italian community for the organization of parties and dinners, raised a seed round of 800k euros from Italian Angels for Growth (IAG) and through an equity crowdfunding campaign (see here the details on CrowdfundingBuzz) on the platform BacktoWork24 in which poured resources also Neva Finventures, the corporate venture capital of Intesa Sanpaolo (see here a previous post by BeBeez). Michele Cesario, Daniele Chierchia, Federico Santaroni, and Andrea Vitale founded Comehome in 2017. I3P, the incubator of Turin Polytechnic University, and London Techitalia Lab supported the startup. Comehome raised 338k euros for a 14.63% stake from 242 investors achieving an overfunding ahead of its 50k euros target on the ground of a pre-money valuation of 1.98 million. Comehome will invest these proceeds in its organic development and international expansion that will begin in Spain.

Italian electronic engineering firm Eggtronic raised a series A round of 6.5 million euros that London Rinkelberg Capital subscribed (see here a previous post by BeBeez). Mark Gretton, the former CTO of TomTom, is the strategic advisor of Eggtronic who issued a convertible instrument. Igor Spinella founded Eggtronic, which developes innovative technologies in the fields of power electronics, wireless charging, and high-end design electronic products with these technologies. Since its foundation in 2012, Eggtronic raised more than 13 million dollars from investors. In December 2015, the company closed a round of 1.5 million euros from private investors. In August 2019, Eggtronic issued a 2.4 million euros minibond due to mature in 2022 and that private investors subscribed. Eggtronic has sales of 3.2 million and an ebitda of minus 1.3 million.

Italian insurtech Yolo started a series B round of up to 20 million euros that aims to close by Q1 2020 (see here a previous post by BeBeez). The current shareholders and further institutional shareholders can join the round, which is the fourth for Yolo. In October 2017 Barcamper Ventures, Miro Ventures, and Mansutti joined Yolo’s first financing round of one million. In 2018 Yolo announced the intention of closing by July of that year a 6 million round that later delayed to early 2019. However, Barcamper financed a second round worth in the region of one million. In January 2019, Yolo raised a 5 million series A round that Neva Finventures, the corporate venture capital of Intesa Sanpaolo, and Barcamper Ventures led. Net Insurance and Miro Ventures joined this round. Since the beginning of its activities, Yolo raised 7 million euros from investors. Gianluca de Cobelli, the ceo of Yolo, said that the company will invest the proceeds of this new ongoing round in increasing the partnerships with banks, insurance companies and retailers through the strenghtening of its IT platform. Furthermore, Yolo aims to expand its international activities that will start in Spain. Yolo (You Only Live Once) is an insurtech broker that sells on demand and pay per use daily and monthly insurance products. Simone Ranucci Brandimarte, the founder of Buongiorno and Glamoo and chairman of Aim-listed Digitouch, founded Yolo in 2017 together with de Cobelli (a former manager of CartaSì, Amex, EY, and Reply) and Italian broker Mansutti. In 2018-2019 Yolo signed partnerships with SAS, Gruppo Intesa Sanpaolo, CheBanca!, Banca Ifis, Intesa Sanpaolo Assicura, Zurich, Genertel, Helvetia, Net Insurance, and other banks, Insurers and retailers. For this year, Yolo expects to generate a turnover in the region of 2 million.

Supermercato24, the Italian scaleup marketplace for online shopping with intraday delivery, acquired Poland’s competitor Szopi  (see here a previous post by BeBeez). Supermercato24 received the support of venture capital FII Tech Growth, managed by Fondo Italiano d’Investimento sgr, and from actual shareholders 360 Capital Partners, Innogest, and Endeavor. This is the first stage of the European expansion of Supermercato24. Jan Potworowski, Konrad Korycinski, and Zbigniew Pluciennik founded Szopi in 2016. In July 2016 Supermercato24 raised an investment round of 3 million euros from Innogest and 360 Capital Partners, who were shareolders since early 2015. In February 2017, Supermercato24 raised 320k euros from Club degli Investitori and Italian Angels for Growth.

Penta, the German challenger bank for SMEs that belongs to Germany’s Finleap, a startup that supports fintech companies, aims to reach 5k clients in Italy in the next six months (see here a previous post by BeBeez). Penta will initially target e-commerce companies and leisure businesses. Penta belongs to Finleap since April 2019 and in May 2019 made a parntership with Beesy, a portal that Finleap and Fabrick (part of Banca Sella) created for allowing professionals and entrepreneurs to compare banking, tax and financial services. Aleksandr Orlic, Igor Kuschnir, Jessica Holzbach, Lav Odorovic, Luka Ivicevic, Gabriel Holbach, and Matteo Concas founded Penta in May 2016. Concas previously worked as Italian general manager for online German bank N26. In October 2018, Penta raised a 7 million round that British venture capital Inception Capital led after having invested 2.2 million in a previous round in February 2018. British fintech accelerator Startbootcamp previously supported Penta, who has a team in Milan, another in Berlin, and another in Belgrade. Penta signed a partnership with Credimi, an Italian invoice financing platform that Ignazio Rocco di Torrepadula founded. Penta will also launch a financing service together with Credimi. Fintech startups based in Italy or with Italian founders raised more than 522 million, according to BeBeez Private Data. There are 67 fintech startups to date that received financing from venture capital investors, according to BeBeez data. Further details are available in the BeBeez Fintech Report (, find out here how to subscribe to BeBeez News Premium for just 20 euros per month and read the BeBeez Reports and Insight Views).