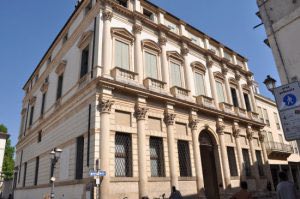 Liquidators of defaulted  Banca Popolare di Vicenza  sold the stake held by the bank in the real estate company Immobiliare Stampa (99.92%) to IS Bidco, an spv owned by Bain Capital Credit, for 200 million euros (see the press release here).

A price, therefore, which is half of the estimated value of the properties runored last Spring. It was said, in fact, that the real estate assets, around a hundred, owned by Immobiliare Stampa were worth around 400 million euros. The expressions of interest for Immobiliare Stampa were presented last March, while the non-binding purchase offers had arrived in mid-April, with the aim of completing the sales process by Summer (see here a previous article by BeBeez).

Prelios sgr and Cerberus Capital Management were also said to be in the running to acquire the bank’s real estate assets. Last September it was said that  Apollo Global Management and Lonestar funds were  very interested too in the bank’s property portfolio, but previously the names of Allianz, Invesco, Hines, Blackstone, TPG, Starwood Capital and Tristan had also been mentioned as potential acquirors (see here a previous article by BeBeez).

The team and the headquarters of Immobiliare Stampa will remain in Vicenza after the acquisition, the twelfth for Bain Capital Credit in Italy, which now manages about 3.5 billion euros of real estate assets, non-performing loans and leases in Italy. Aquileia Capital Services, a company owned by Bain Capital, supported Bain Capital Credit during the acquisition process and, together with Kryalos, will contribute to the portfolio management. In addition to ACS, Bain Capital Credit was assisted by Etna Advisors, Lazard, Linklaters, DLA Piper and PwC.

Fabio Longo, managing director and Head of the European business of Bain Capital Credit Non-Performing Loan & Real Estate, said: “We are very pleased to have acquired this important portfolio of real estate that is in addition to the important position we have reached in Italy”. Carlo Buzio, president of Immobiliare Stampa: “We see Bain Capital Credit as a responsible owner for Immobiliare Stampa and we are pleased with the commitment shown both to the company’s employees and to the city of Vicenza”.

Immobiliare Stampa had closed FY 2017 with revenues of 25.38 million euros, an ebitda of 19.83 millions and a loss of over 33 millions, versus net liquidity of 19 millions and equity (hence the balance sheet value of the properties that constitute the assets) of 170.9 millions. The real estate company was excluded from the scope of the activities of the Venetian banks transferred to Intesa Sanpaolo. In fact, only a part of the real estate assets had passed to the Turin bank, above all the instrumental buildings, ie organic properties related to banking, including Villa Spineda, the historic seat of the Treviso institute, and the institute’s management center just outside Montebelluna . Among the properties in the Immobiliare Stampa portfolio is the luxury branch in Via del Tritone in Rome, in Vicenza there are Palazzo Repeta (former headquarters of the Bank of Italy), Palazzo Negri, Palazzo Thiene by Andrea Palladio, which hosted the representative office of the bank and which houses a picture gallery with paintings by Tiepolo and Tintoretto protected by the Superintendency which established the ban on moving. The most valuable building is located in Milan, Via Turati 12.

We recall that at the end of January Immobiliare Stampa had sold the real estate complex in Piazza Durante in Milan to FinecoBank for around 70 million euros, which FinecoBank itself already occupied with its registered office (see here a previous article by BeBeez).