HISI, owned by Ardian on behalf of Dutch pension fund APG, acquires MGR, concessionaire of the hospital of Alba-Bra 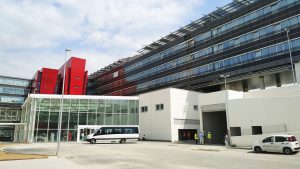 HISI (Holding di Investimenti in Sanità e Infrastrutture)  controlled by Ardian Infrastructures on behalf of the Dutch pension fund APG and other investors, acquired MGR, concessionaire of the hospital of Alba-Bra in Piedmont (see press release here). Maire Technimont sold it. The agreement initially provides for the immediate transfer of the majority shareholding of MGR and, after the fulfillment of some standard clauses for this type of transaction, the transfer of the remaining portion. The agreement is subject to the provisions of the law and to the consent by the lenders in the framework of the project financing of which MGR has used to complete the hospital.

For Maire Tecnimont, which made use of ValeCap as financial advisor, this operation represents the successful finalization of an important infrastructure project that had been started by Fiat Engineering before the latter was acquired by Maire Tecnimont and which has provision was made for the construction and future technical management of the Alba-Bra hospital.

MGR (MGR Verduno 2005 spa) following a public tender, had been awarded the concession for the construction and management, for a period of 20 years, of the single hospital of Alba and Bra. In February 2018, MGR signed a project financing agreement for the completion of the hospital, which was built on 21 September 2019.

The agreement reached makes it possible to realize, in addition to the price, the deconsolidation of the project financing debt of around 46 million euros. The transaction also represents the further step in the process of exiting the EPC business of the infrastructures, in line with the strategy of enhancing their skills with a focus on high value-added civil engineering services.

The acquisition of MGR will further consolidate HISI’s leadership position on the Italian market. Ardian Infrastructure had risen to 100% of HISI in February 2017, when it had acquired the remaining 20% ​​of the capital still not owned by Techint of the Rocca family, thus becoming its sole member (see a previous article by BeBeez). Thanks to that deal, Ardian had also simultaneously become the main partner (with a 75% share) of Genesi Uno spa, established in 2005 as a project company for the purpose of financing, designing, building and managing no-core services ( non-health and commercial) of the New Civil Hospital of Legnano (close to Milan), active since 2010, after having obtained a concession of 28 years. HISI was founded in 2007 on the initiative of Ardian (40%), Unicredit (40%) and Techint (20%), with the aim of acquiring 65% of Genesi Uno. Subsequently, in 2013, Ardian had increased its share in HISI, acquiring 40% held by Unicredit.

In December 2017 Ardian had announced the sale of a portfolio of investments in infrastructure assets for a total of over one billion euros to APG Group and Axa Group (download the press release here). Within the transferred portfolio there were also investments in HSI, 2i Rete Gas (gas distribution), 3 New & Partners(renewable energies).