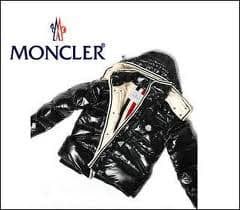 Bluefield Partners, a London-based investor in renewable energy assets and infrastructures,  closed its first deal in Italy and acquired a portfolio of photovoltaic plants based in Italy with a power of 10 MW (see here a previous post by BeBeez). Investec Bank acted as arranger, agent, lender, and hedging counterparty for a multi-borrower financing that now is split in three different loans for each of the SPVs that own the assets in order to eliminate the cross-collateralization. Bluefield Partner started its activity in 2009 and since then carried on acquisitions for a total value of 1.6 billion British Pounds.

Mir Capital, the private equity that Intesa Sanpaolo and Gazprombank evenly owned acquired a minority of Gesa, the holding of the Ferrieri Family that owns the Italian chain of sweet and ice cream shops Cioccolatitaliani (see here a previous post by BeBeez). Once completed the sale, Mir will subscribe a capital increase of 12 million euros in Gesa for accelerating the company’s organic growth through the opening of 50 more shops in view of doubling the turnover. Giovanni, Vincenzo Ferrieri and Marco Valle will keep their roles of ceo, vice-ceo and cfo. The Ferrieri family founded the company in 2009. Cioccolatitaliani currently owns 38 shops based in 8 different countries, as well as three pizzerias with the brand PIE – Pizzeria Italiana Espressa. The company has sales of 40 million (+20% yoy) and closed the transaction on the ground of an enterprise value of 30 million or 10X ebitda. Mir Capital started to operate in February 2013 in view of strenghtening the industrial relations between Italy and Russia. In June 2013 the fund acquired a minority of Packer Service Group, a Russian provider of high tech services for the oil&gas industry. In October 2013, Mir acquired part of the minority that Imi Investimenti had in LimaCorporate, an Italian protheses producer that EQT acquired in December 2015. In July 2019, the private equity acquired a minority of Cotril, an Italian producer of high-end hair care products.

Optima, an Italian producer of ingredients for the production of sweets that belongs to Charterhouse Capital Partners, acquired Brazilian competitor Blend Coberturas (see here a previous post by BeBeez). Optima carried on the transaction through its Brazilian subsidiary MEC3 do Brasil. Maria Filomena Benfatti Vasconcellos and Neudo Lambertucci Filho, the company’s founders, sold their stake even though they will still keep their management roles. Blend Coberturas was born in 1996 in Sao Paulo do Brazil. Optima acquired Italian competitors Modecor Italiana (November 2017), Giuso Guido (May 2018), and the Ice&Pastry unit of Pernigotti Maestri Gelatieri Italiani (October 2019). Charterhouse acquired Optima-MEC3 in November 2016 from private equity Riverside, who acquired the asset in 2014 from Giordano Emendatori.

Techimp AltaNova Group, a company that provides services for testing and monitoring of high and medium voltage electrical installations that belongs to NEIP III, advised by Itago, acquired US competitor Intellisaw from Emerson Electric who acquired the asset in October 2015 (see here a previous post by BeBeez). Intellisaw, born in 2011, is based in Andover (Massachussets). Gino Amadi is the ceo of Altanova which has sales of 25 million euros, an ebitda of 5 million, and net financial debt of 5.5 million. Techimp AltaNova Group was born in April 2017 out of the merger of Italian companies ISA Advance Test and Monitoring Solutions (Gino Calini founded the business in 1937) and Techimp (born in 1999 out of a spin-off of Bologna University). NEIP III implemented the merger and owns 60% of Altanova.

Sita (Société Internationale de Télécommunications Aéronautiques), a global ICT company for air transportation, acquired Italy’s Software Design from the company’s managers and 2i Aeroporti, a joint venture of F2i (51%) and Ardian Infrastructures (49%) (see here a previous post by BeBeez). Software Design is based in Naples. Sd sold a 54% stake to 2i Aeroporti at the end of 2010, which also acquired a 65% of Gesac, the company that manages Naples airport. Currently, 2i Aeroporti has 87% of Gesac. Software Design is active since 1988 and its managers sold a 54% stake to 2i Aeroporti in December 2010. The company has sales of 6 million euros, an ebitda of 870k euros and net cash of 2 millions. In January 2019, 2iAeroporti acquired 55% of Trieste Airport di Ronchi dei Legionari for 32.8 million. The company owns Gesac (87%),  Sagat (the manager of Turin Airport, 90%), Sogeaai (Alghero airport, Sardinia, 71%), a 45% of Sea (Milan airports of Linate and Malpensa). Sea has 31% of Sacbo (Bergamo) and 10% of Sab (Bologna). In November 2018, F2i raised 3.6 billion for its third fund.

Private equity Xenon acquired CBG Acciai, a steel company, from ceo Alberto Filippini Fantoni (see here a previous post by BeBeez). Franco Prestigiacomo, a managing director of the fund, carried on the acquisition for which Mps Capital Services, Banco Bpm, Banca Ifis, Ubi, and Intesa Sanpaolo provided the financing. CBG Acciai has sales of 28.1 million euros, an ebitda of 5.55 million, and net cash of 0.354 million. Xenon recently sold to Platinum Equity the majority of  De Wave, a producer of components of boats. In October Xenon acquired Italy’s Zecchetti as add on for Gruppo EMS an asset that acquired together with Swiss fund Unigestion. In December 2018 Xenon acquired Panapesca, a distributor of frozen fish that owns the retail chain Crios

HISI (Holding di Investimenti in Sanità e Infrastrutture) an asset that Ardian Infrastructures holding controls on behalf of Dutch pension fund APG and other investors, acquired MGR, who has the concession of Alba-Bra(Piedmont) hospital from listed Italian contractor Maire Technimont (see here a previous post by BeBeez).  HISI will acquire the majority of MGR and subsequently the whole asset. The agreement is subject to the approval of MGR’s project financing lenders. After such a transaction, Maire will lower by 46 million euros its project financing liabilities. This sale is part of Maire’s exit from EPC business in view of a focus on civil engineering sector. Ardian Infrastructure raised its stake in HISI to 100% in February 2017, after it acquired Techint’s 20% of HISI and therefore became 75% owner of Genesi Uno, a company born in 2005 for managing the non-core services of Nuovo Ospedale Civile di Legnano. HISI was born in 2007 upon the initiative of Ardian (40%), Unicredit (40%), and Techint (20%) with the aim of acquiring a 65% of Genesi Uno. In 2013 Ardian acquired Unicredit’s stake in HISI and in December 2017 sold a portfolio of investments in infrastructural assets worth more than one billion to APG Group and Axa Group. Some of the assets that were part of this portfolios are HSI, 2i Rete Gas, 3 New & Partners (renewable energies).

Franchi Umberto Marmi (FUM), an Italian high-end marble business, suspended its listing plans after an order of Massa Court (see here a previous post by BeBeez). The Court said that the company’s head Alberto Franchi cannot carry on any executive activity for at least one year. The Court suspended for six months Andrea Rossi, the owner of the marble company Il Fiorino,  as well. The Court of Massa made such a decision on the ground of the results of an enquiry of the Italian Tax Police about the acquisition of a bankrupted marble quarry that the two companies concluded. Franchi Umberto Marmi and Il Fiorino own together 50% of Marmi Carrara, of which the Bin Laden Family acquired the remaining 50% in 2014. Franchi Umberto Marmi wanted to list on Milan market by the end of November after it held talks with private equity Peninsula. The Italian tax police confiscated 0.432 million euros from FUM who has sales of 62 million (+26% yoy), a 48% ebitda margin, and net cash in the region of 16 million.

A club deal of private investors that BF & Company launched acquired 60% of Gardening, a distributor of single-use medical gloves (see here a previous post by BeBeez). The founders of Gardening are Andrea and Antonio Clerici will keep a 40% of the company as well as their ceos role. Alessandro Bartolini, Alessandro Zanatta, Luigi Teti, and Franco Hauri part of consultancy boutique firm BF & Company, joined the investors. Luigi Teti will be Gardeing chairman. The company has sales of 17 million euros and is interested in growing through acquisitions. Alessandro Bartolini (who previously worked for Creditanstalt-Bank Austria, UniCredit, PwC, Finanziaria Internazionale) founded Milan-based BF & Company in 2017. Illimity Bank and Deutsche Bank acted as joint mandated lead arrangers for the debt financing of the transaction.

Bruno Generators, an Italian producer of compact generator sets, hired Mediobanca for finding a financial partner (see here a previous post by BeBeez). The advisors expect to receive non-binding offers by the end of December and at present only private equity expressed interest. Bruno Generators has sales of 115 million euros with an ebitda of 28 million. The company is part of Gruppo Bruno, which owns also Agriplus, TecnoGen, BestLux, Lincar, MGE, and WFM Generators.

Search fund Maestrale Capital acquired Etichettificio LGL, an Italian producer of labels, from Tarì, the holding of Riccardo Zannoni (see here a previous post by BeBeez). Zannoni and his son Nicola will keep their roles of commercial director and operations director. Vito Giurazza, a former executive director of JPMorgan and consultant at Bain & Company, launched Maestrale Capital and raised funds from Paolo Ainio (Banzai), Francesco Rossi Ferrini (JPMorgan), Sandro Mina (Relay Investments) and German investor in search funds Jürgen Rillin. Giurazza will be the ceo of Etichettificio LGL which has sales of 11 million euros. This is the second acquisition in a row for a search fund in Italy.

VetPartners, an UK veterinary firm that belongs to BCPartners, acquired Italian competitors Ospedale degli Animali and Vet Hospital H24 Firenze from Gruppo Cvit, and Ospedale Veterinario Dott. Peressotti from Paolo Peressotti (see here a previous post by BeBeez). VetPartners appointed as ceo of the Italian activities David Giraldi, the co-owner of Ospedale Degli Animali who has sales of 1.26 million euros and an ebitda of 0.146million. Vet Hospital H24 Firenze has a turnover of 1.86 million with an ebitda of 0.132 million. Jo Malone is the ceo of VetPartners and founded the company in York in 2015 with the support of August Equity. In August 2018, BCPartners acquired a controlling stake of the asset for 700 million British Pounds, while Ares Capital Management financed the transaction with a 595 million loan. VetPartners aims to acquire further competitors in France, Germany, The Netherlands, and Italy.

Pro-Gest, a troubled Italian packaging company, is exploring options for strengthening its financial structure (see here a previous post by BeBeez). The price of the company’s 250 million euros unsecured bond issued in 2017 and listed on Milan and Luxembourg markets (3.25% coupon and maturity in 2024) was of 47 euro cents in mid-October while it currently stands at 55 euro cents. Pro-Gest hired Credit Suisse for negotiating waivers for its covenants with its lenders and strengthening its financial structure. Sources said to BeBeez that the company is assessing the sale of non-core assets as well as the sale of a stake. Credit Suisse is one of the bond’s subscribers. Pro-Gest has blocked the construction of a production plant in the North of Italy for bureaucratic issues and therefore had problems with its ebitda. In May 2019, the Italian competition authority said that Pro-Gest has to pay a 47.5 million euros fine. The company has sales of 469.4 million (474.74 million yoy), an adjusted ebitda of 95.5 million (114.5 million), and net financial debt of 313.8 million (238.5 million). However, in 2Q19, the company posted a net financial debt of 415.9 million as the company diminished its cash by 100 million. Massimiliano Zanetti Bottarelli, an associate of UK high yield consultancy firm Everest Research, said to BeBeez that Pro-Gest may solve its issues. The bond price implies an enterprise value of 3.5 X the company’s expected adjusted ebitda for 2019, while European comparables are worth 8.6X.