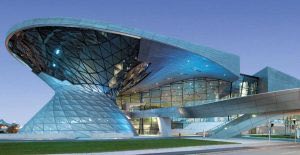 One year after the sale to the Chinese group Grandland Holding was canceled (see here a previous post by BeBeez), Permasteelisa comes back on the market, Mergermarket writes, reporting that the dossier on the Venetian group leader in the building coatings sector is on the private equity funds’ table, with Barclays working s advisor for the deal.

In August 2017, in fact, the Japanese Lixil, the parent company of Permasteelisa, announced the signing of the sales agreement for 467 million euros to the Chinese Grandland Holdings, parent company of the Grandland Group, a giant in the field of design and architectural decorations quoted on Shenzhen Stock Exchange (see here a previous post by BeBeez). However, the transaction was blocked in November 2018, as it had not been approved by the Committee on Foreign Investment in the United States-CFIUS.

Before the transaction was signed with the Chinese, in 2016, several private equity funds had participated in the auction for Permasteelisa and in particular Alpha, Permira, Cinven, Pai and Carlyle  (see here a previous post by BeBeez) which could then return on track now.

Permasteeelisa, founded in 1973 and headquartered in Vittorio Veneto, is known for completing the glass covers of the Sydney Opera House, The Shard skyscraper in London, the headquarters of Apple’s Cupertino, California, the Moma of New York the Unicredit tower in Milan and the headquarters of Intesa Sanpaolo in Turin. It is present on 4 continents, with a network of over 50 companies in 30 countries and over 6,000 employees worldwide. Driven since last May by the new ceo Klaus Lother, the group closed the fiscal year at March 31st 2018 with € 1.28 billion of consolidated revenues (in line with March 2017), but an ebitda of only € 29.6 million ( from € 20.9 million) and a normalized net loss of € 26.3 million (from – € 41.1 million), against a net financial debt of € 295 million (a net improvement from € 382 million a year earlier).

Lixil Group Corporation is a subsidiary of the JS Group conglomerate, which acquired it in August 2011 from Alpha Private Equity (40.8%) and Investindustrial (47.5%) and entrepreneur Lucio Mafessanti (11.7%) . In 2011 the Japanese had paid 573 million euros to take over Permasteelisa (download the press release from then) based on a 2010 consolidated turnover close to 1.1 billion and an ebitda of about 80 million. To the old shareholders, however, the sale had yielded a check for 620 million, because a dividend of almost 50 million had been paid just before the sale to the Japanese giant.