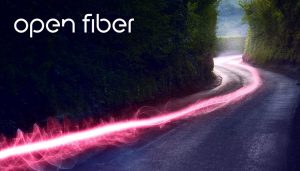 Non-binding offers were delivered in the last few days by international infrastructural funds for Open Fiber (jointly controlled by Enel and Cassa Depositi e Prestiti), for Flash Fiber (joint venture between TIM, with a 80% stake, and Fastweb, with the remaining 20%) and for the FTTH assets (Fiber to the Home) of TIM.

The plan could lead to the merger of the three companies into a single Italian group owning fiber optic networks, as confirmed last June by TIM following a series of press rumors. So TIM had informed “that he had signed a confidentiality agreement with Cassa Depositi e Prestiti (CDP) and Enel aimed at starting a confrontation aimed at evaluating possible forms of integration of the fiber optic networks of TIM and Open Fiber, also through shareholding riorganization. The objective of the comparison talks is to verify the feasibility of the operation, the related procedures and the perimeter of activity subject to a possible agreement, according to the will of the parties and the reference legislative and regulatory framework “(see the press release here).

On 8 November, on the occasion of the presentation of the  interim financial results of the group for the nine months of 2019, TIM had specified that “during the quarter the process for the potential deal on Open Fiber by TIM in partnership with one or more infrastructure funds continued” and that the selection of the funds “is in progress” (see the press release here). While last week TIM’s ceo, Luigi Gubitosi, said he intends to select one or more funds by the end of the year to work alongside the group in the integration with Open Fiber.

The final structure of the deal  is still subject to discussion and in-depth analysis, but it is said that the funds could take up about half of Open Fiber while the remaining 50%, or just below, could go to TIM also through the conferment of FTTH assets, with CDP that would remain in the game, while Enel could exit the capital of Open Fiber, versus a cash payment for its share, cash that would come from the funds.

Among the funds that have submitted non-binding offers are said to be F2i, Ardian, Athena, Brookefield, Macquaire, Kkr, GS Global Infrastructure (Goldman Sachs) and Allianz European Infrastructure, but in reality all the main international infrastructure funds in the world might be interested.  The deal, in fact, is greedy and above all rather large, given that initially there were rumors  of a value of the assets of Open Fiber of at least 3 billion euros, but even as early as June a study by Mediobanca, commissioned by Enel, provided for Open Fiber a valuation of 8 billions, of which 2 billion of synergies. As for TIM, according to Reuters it would have estimated the asset 5-6 billion euros.