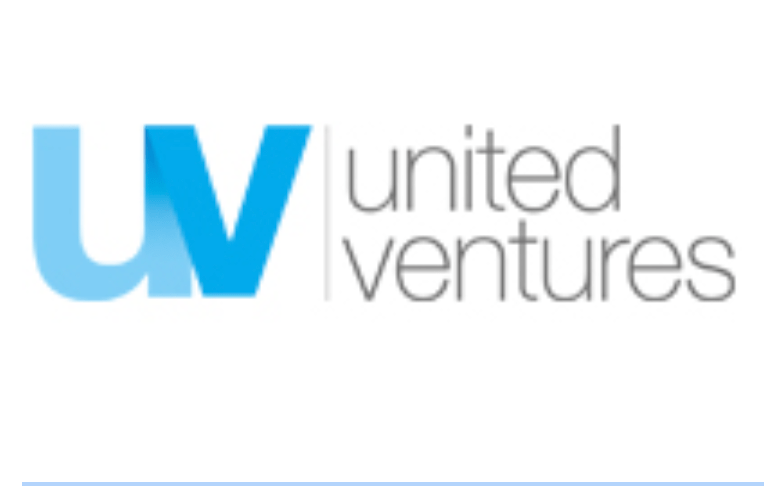 United Ventures sgr is about to close the 120 million euros fundraising for its second venture capital fund (UV2), said co-founder Massimiliano Magrini (see here a previous post by BeBeez). UV2 aims to finance startups in their first five years of activity. The fund reached its first closing of 75 million euros in December 2017, above the 70 million that UV1 attracted in 2013. UV2 already invested in Equalum, Exein, Credimi, brumbrum, and Mishipay. United Ventures launched United Ventures II Lazio (UV2L) in October a 10 million vehicle that will co-invest with UV2 in Lazio-based startups. The anchor investor of UV2L is Lazio Innova, whose coo is Andrea Ciampalini.

Wetaxi, the cab-booking app, raised 2 million euros with an investment round launched on 11 October (see here a previous post by BeBeez). Club degli Investitori (455k euros) and private investors such as Giorgio Marsiaj (the founder, chairman and ceo of Sabelt, and vicepresident of Turin Association of Entrepreneurs) poured resources in the business. The company’s current shareholders Simon Fiduciaria (part of Ersel Group), Wetrust (a company of Davide Canavesio), and Grimmer ss subscribed more than 25% of the round. Wetaxi raised 1.3 million in July 2019 (Maider, a private equity and venture capital fund that Andrea Marangione heads, acted as lead investor for a 0.7 million capital increase). Mediocredito Italiano provided a 0.6 million financing. This year, Wetaxi joined EndeavorX, a programme that Endeavor Italia launched with Fondazione CRT and EY. Wetaxi has sales of 0.174 million, an ebitda of minus 0.453 million and a debt of 99,000 euros

Italian venture capital P101 invested 2 million euros in Osteocom, an Italian that provides e-learning courses for dentists (See here a previous post by BeBeez). The company previously raised 0.55 million from business angels. Alessandro Dentoni founded Osteocom which has now sales of 1 million (more than +50% yoy). P101 has assets under management for 150 million and is one of the investors that BeBeez Private Data monitors. Find out here how to subscribe to the Combo Version that includes the reports and the insight views of BeBeez News Premium 12 months for 110 euros per month.

Bemycompany acquired 8% of Wineleven with an investment of 50,000 euros (see here a previous post by BeBeez). Mauro and Mattia Armeletti founded the company together with Silvano Cremonesi. In September 2019, Bemycompany signed a partnership with Israeli’s venture capital Sixth Millennium, a Tel Aviv-based venture capital funds that Jonathan Pacifici founded. Antonio Quintino Chieffo, the founder of AC Finance and of Bemycompany, launched Bemycompany Capital Partner in October 2019 with the aim of supporting the M&A strategy of SMEs.

Reale Mutua Assicurazioni acquired 16% of Pharmercure, an Italian startup for the home delivery of drugs (see here a previous post by BeBeez). Maurizio Campia is the ceo and co-founder of Pharmercure that in June 2018 raised a seed round of 0.15 million.

Vittoria Assicurazioni launched Vittoria hub, an incubator for insurtech startups (see here a previous post by BeBeez). Vittoria hub’s key values are innovation (support to open innovation processes); co-creation (collaboration among startups consistent with an Api model and sandbox ecosystem); excellence. Furthermore, the incubator will focus on 4 areas: personal (health and wealth), house, mobility and business. The first call for ideas will end on 28 February 2020. Vittoria hub aims to select 16 startups through 2 call for ideas. The shortlisted companies will join the Via2 (Vittoria Incubation, Adoption & Acceleration) programme that will last 9 months for a total investment of 60,000 euros, over the three following stages: Incubation from the business idea to MVP (Minimum Value Proposition), for an investment of 15,000 euros; Adoption from MVP to Proof Of Concept (PoC); Interoperational attitude with ecosystems and Vittoria’s infrastructure, for an investment of 20,000 euros; Acceleration from “PoC Vittoria” to the confrontation with the market for an investment of 25,000 euros. Gian Franco Baldinotti is the ceo of Vittoria hub and chief marketing officer of Vittoria Assicurazioni. The partners of the project are BeOn, CRIF, Design Group Italia, Doppia Elica, F2A, FairConnect, G2, Horsa, Logotel, Microsoft for Startups, Maps Group, Osservatori Digital Innovation of Milan Polytechnic University, Orrick, Studio Dattilo, and Delta. Fabrizio Cardinali and Nicolò Soresina are the cio and coo of Vittoria hub. Soresina said to BeBeez that Vittoria hub has an ecosystem vision. Filippo Renga, the director of the Fintech & Insurtech Observatory of Milan Polytechnic University, said to BeBeez that the insurtech business is attracting the growing interest of investors. Prima Assicurazioni is one of the scaleups that BeBeez Private Data monitors. Find out here how to subscribe to the Combo Version that includes the reports and the insight views of BeBeez News Premium 12 months for 110 euros per month.

The Italian smart mobility startup PickMeApp, an investment of Oltre Venture, launched an equity crowdfunding campaign on 200Crowd (see here a previous post by BeBeez). The fundraising target is of 0.15 – 0.5 million euros on the ground of a pre-money value of 3 million, in exchange of a 4.76% stake. The company already raised 43,000 euros, of which Oltre Venture poured 33,000 euros. This campaign is the third round for PickMeApp, who raised 0.365 million in 2017 and 0.4 million in 2018. Luciana De Fino and Michele Franzese founded PickMeApp in 2015 and will invest the proceeds in the company’s organic development. PickMeApp aims to generate sales of 0.36 million in 2020, 0.92 million in 2021, and 1.8 million in 2022. Luciano Balbo (chairman) and Lorenzo Allevi (ceo) founded Oltre Venture, an impact investment vehicle, in 2006.

Fintastico signed a partnership with Oltre Venture (see here a previous post by BeBeez). Fintastico will carry on the scouting and selection of startups and fintech scaleups with a social impact and will report quarterly to Oltre Venture who aims to invest in fintech solutions for the financial inclusions of minorities and weaker segments of the society and marginalised areas of Italy. Fintastico already signed a strategic partnership with the Italian network Italian Angels for Growth (IAG). Fabio Brambilla (the chairman of Assofintech and the founder and ceo of ControlPartners) founded Fintastico in 2016 together with Fabio Marras and Fabrizio Villani (that Insurance Nexus ranked as one of the top 10 influencers for the sectors of insurtech and Internet-of-Things). Fintastico is part of Milan-listed incubator Digital Magics portfolio since October 2019.

Iconium Blockchain Ventures, a blockchain-based fintech, signed a partnership with software house Mangrovia (see here a previous post by BeBeez). The companies aim to provide support for the implementation of blockchain-based solutions, said Fabio Pezzotti, the ceo and founder di Iconium, and Daniele Morisco, the coo of Mangrovia. ​Iconium is born in February 2018 and develops the financial ecosystem based on the blockchain technology through investments in cryptocurrencies, tokens and digital assets. In May 2019, Iconium closed the first tranche of a 7 million euros capital increase that attracted resources from Mauro del Rio and Metrica Investimenti. Iconium already invested in Browser Brave (Usa), Luxochain (Svizzera), Ultra games (Estonia), Enigma (UK), Terra Network (South Korea), and Algorand (Usa). Iconium is a partner of funds that invest in cryptocurrencies such as Pantera capital (Usa) and Blockchain Ventures (UK). In July 2019, Iconium presented the first Italian Blockchain District together with Le Village by Crèdit Agricole. In April 2018, Mangrovia Lab founded Mangrovia, of which AngeloMario Moratti owns 60%. Mangrovia’s managing director and cfo Daniele Morisco signed partnerships with IBM and Oracle and a joint venture with Sydema for developing a marketplace for NPLs based on blockchain technology.