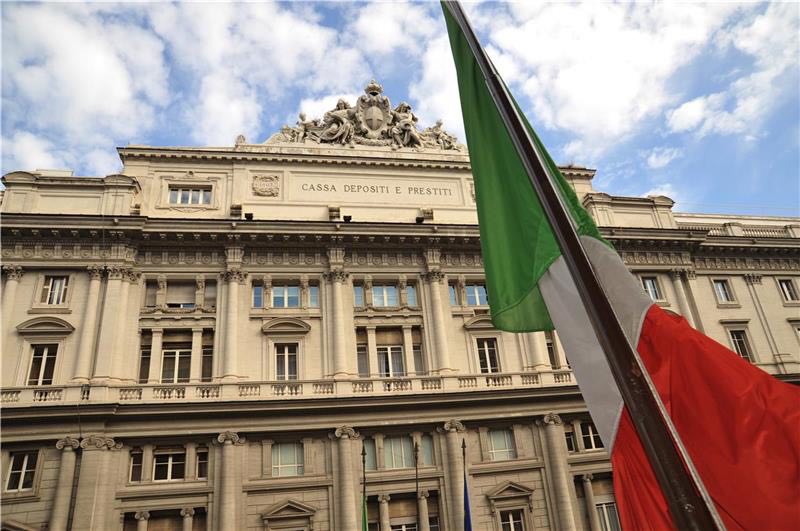 Cdp moved all its interests in private equity activities to its investment holding Cdp Equity, that now owns stakes in Fsi sgr (39%), F2i ssgr(14%), QuattroR sgr(40%), Fondo Italiano d’Investimento sgr (68%), and Invitalia Ventures sgr (70%) (see here a previous post by BeBeez). Auditing firm Grant Thornton said that these assets are worth 32 million euros. Fsi, whose ceo is Maurizio Tamagnini, invested 1.4 billion in stakes in Cedacri, Kedrion Biopharma (together with Cdp Equity), Missoni, Adler Group, and Lumson. FSI also belongs to the management (51%), Cdp (39%), and Poste Vita (9.9%). F2i, an infrastructure investor that Renato Ravanelli leads, has assets under management worth 4.8 billion. QuattroR is a turnaround investor that Francesco Conte leads and of which the management has a 60% stake. FII has assets under management worth 2.7 billion. FII recently appointed as chairman Andrea Montanino, the chief economist of Cdp the former head of the research department of Confindustria (the Italian association of entrepreneurs) and representative of the Italian Treasury Ministry at the International Monetary Fund (see here a previous post by BeBeez).

EC I, the first fund of Entangled Capital, the private equity that Roberto Giudici and Anna Guglielmi (both previously working at Green Arrow Capital) reached its first 25 million euros closing (see here a previous post by BeBeez). Entangled Capital set a target of 100 million with a hard cap of 150 million. EC I will target 8 – 10 industrial companies with a turnover of 10 – 50 million and an ebitda of above 15%. Edoardo Guffanti, a partner of FiveLex firm, is the chairman of Entangled.

Oxy Capital and Hps tabled a 200 million euros binding offer for Gruppo Maccaferri, which belongs to the eponymous family through Seci Holding (see here a previous post by BeBeez). Previously in December 2019, The Carlyle Group acquired the 190 million bond that Officine Maccaferri issued. QuattroR is reportedly interested in Officine Maccaferri and Seci. Gruppo Maccaferri has sales of 1.039 billion, an ebitda of 118 million, and a debt of 750 million. Banca Intesa Sanpaolo, Banca Imi, Unicredit, and Banco Bpm are the company’s main lenders.

Germany’s Steag Solar Energy Solutions (Sens) and asset manager KGAL Investment Management acquired a pipeline of projects for photovoltaic plants with a power in the region of 500 MW (see here a previous post by BeBeez). Sens (fka Gildemeister Energy Solutions) is based in Würzburg and started its Italian activities in 2009.

The Italian Antitrust Authority will give on 20 January an eventual approval for the acquisition of Auchan Retail Italia by BDC Italia (a company of which Conad has 51% and Wrm of Raffaele Mincione has 49% (see here a previous post by BeBeez). Conad has sales of 13.5 billion euros and a 12.9% market share. After completing the acquisition, Conad’s share could be of 24%.

HAT Sistema Infrastrutture sold for 15 million euros its stakes in gas distributors AnapoGas and EbGas to Mediterranea Energia, a consortium part of Gruppo Conscoop (see here a previous post by BeBeez). HAT acquired 49% of the companies in 2014 through the subscription of a capital increase. Ignazio Castiglioni is the ceo of HAT, while Nino Attanasio is the chairman. In 2019, the fund also sold its take in Italin IT company SIA for more than 200 million. On 31 December 2019, HAT’s compound annual IRR has been of 21%.

F2i and Asterion Capital Partners, a fund that Jesus Olmos created and leads, won the auction for Italian utility Sorgenia (see here a previous post by BeBeez). Nuova Sorgenia Holding, the controlling shareholder of Sorgenia, belongs to Banco BPM (33.2%), Intesa Sanpaolo, Mps, Ubi Banca, and Unicredit (16.67% each) since the company passed through a restructuring debt procedure some years ago. Rumours say that Sorgenia’s value amounts to one billion euros. The company attracted the interest of Blackstone, Riverstone, Cvc, Energy Capital, Iren, Acea, British Contourglobal, and A2A together with Czech Eph. Sorgenia  has profits of 46 million and paid 650 million to its lenders that became shareholders. Nuova Sorgenia Holding has a turnover of 1.4 billion, an ebitda of 46 million, and a net financial debt of 654 million.

Conceria Pasubio, an Italian tannery company that belongs to CVC Capital Partners, acquired from the Garcia Family the majority of Mexico’s GD and of US-based GDI (see here a previous post by BeBeez). David and Daniel Garcia will keep their roles of chairman and ceo. Luca Pretto, ceo of Conceria Pasubio, Stefano Gelsomini, Claudio Azzaretto, and Giuseppe Viola will be part of the target’s board. In June 2017, CVC acquired 90% of Pasubio from the Pretto family on the ground of an enterprise value of 285 million euros. The company has sales of 319 million and an ebitda in the region of 36 million.

US-based investment holding Nova Ventures acquired from Wisequity and the Di Iorio and Edmin families the whole of Controls,  an Italian producer of testing equipment for the construction sector (see here a previous post by BeBeez). Wisequity acquired a controlling stake of Controls in 2016 from Abacus. Nova Ventures received the support of Battery Ventures, Commonwealth Capital Ventures, and Ascent Venture Partners. Controls has sales of 38.5 million euros and an ebitda of 5.3 million. Pasquale Di Iorio is the chairman and ceo of Controls Group that Abacus acquired in December 2006. Wisequity is one of the private capital investors that BeBeez Private Data monitors. Find out here how to subscribe for the Combo version that includes BeBeez News Premium.

Troubled Italian ham producer Kipre attracted the interest of Gruppo WRM, which belongs to Raffaele Mincione (see here a previous post by BeBeez). Kipre previously dropped talks with Oxy Capital and QuattroR. Kipre applied for receivership on 28 May. The company has sales of 165 million, an ebitda of 7 million, and a net debt of 130 million (71 with banks and 46 with suppliers). In February 2017, Kipre borrowed 18.6 million from Sace and Banca Akros (part of Gruppo Banco Bpm).

Oaktree acquired from the Fiorelli family a little less than 50% stake of Mbe Worldwide, the owner of logistic player Mail Boxes Etc (Mbe) (see here a previous post by BeBeez). In April 2019, the Family hired the financial advisory firm Jefferies for selling a minority to a private equity. In 2009, Mbe Worldwide acquired Mbe Corporation and all the activities of Mail Boxes Etc (except those in USA and Canada) from Ups Corporation. In 2017, the company acquired AlphaGraphics and PostNet and reached a turnover of 861 million euros. The European private equity team of Oaktree in 2019 acquired 80% of Italian CEBAT and 40% of Genoa-based Costa Edutainment. In 2018, Oaktree invested in Italian fashion firms Magital-Cruciani and Caraggi and wine producer Azienda agricola Caprai. At the end of 2015, the fund acquired Banca Lecchese and rebranded it as Banca Progetto, while in 2007 it purchased Conbipel, a fashion company. Oaktree is reportedly interested in acquiring Sator Immobiliare, the real estate investment company of Gruppo Sator, that Matteo Arpe founded.

Guala Closures, the Milan-listed packaging company that in August 2019 merged with Italian Spac Space 4, acquired German competitor Closurelogic (see here a previous post by BeBeez). Closurelogic has sales of 52.5 million euros and an adjusted ebitda of about 1.6 million. Guala will pay 8.2 million for the target’s assets and almost 4 million for the stocked items while it will finance the transaction with its own resources and a revolving credit facility. Activist investor Amber, private equity Peninsula Capital (10%), the holding Mojto Luxco 2 (5.6%), and the chairman Marco Giovannini (24.2%) are some of Guala’s relevant shareholders. The company has sales in the region of 580 million, an adjusted ebitda of 112 million, a net financial debt of 453 million (553 million yoy), and a 4X leverage ration (4X).

Giuseppe Vegas will join the board of Abitare In, the Milan-listed real estate developer (see here a previous post by BeBeez). Vegas headed Consob, the Italian stock market authority, between 2010 and 2017, and after then he worked as a business angel and consultant for fintech startups. Luigi Francesco Gozzini and Marco Claudio Grillo founded Abitare In and listed it in April 2016. The company’s main shareholders are Gozzini (23.72%), Grillo (18.26%), and Kairos Partners (5.9%), while the publicly traded equity is of 52.12%. Mediobanca is advising the company since October 2019 for finding a new partner. Abitare In has a market capitalization of 115 million euros and in 1H19 its portfolio of orders is worth 146 million with a turnover of 29.7 million, an ebitda of 5.9 million, and a pipeline of projects worth 86.2 million.