Banca Farmafactoring mulls a cash and equity bid for DEPOBank 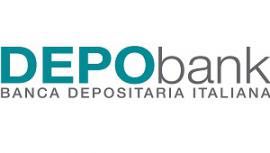 Milan-listed Banca Farmafactoring (BFF) is studying an offer, partly in cash and partly in equity for buying DEPOBank, Il Sole 24 Ore writes. The DEPObank auction started last November, with the aim of closing by the middle of this year. The dossier is in the hands of the advisor JP Morgan (see here a previous article by BeBeez).MF Milano Finanza had anticipated Farmafactoring’s interest in DEPObank as early as last December.

DEPOBank iss the custodian bank born in July 2018 from the spin-off of the Milan-listed paytech Nexi group and controlled by private equity firms Advent International, Bain Capital and Clessidra sgr, through the new holding Equinova UK Holding Limited. Following the union of the two realities, the shareholder funds of DEPObank would then become Farmafactoring shareholders alongside Centerbridge fund. The latter, after the recent last sale of shares through an accelerated bookbuilding procedure, today holds 21.77. % of BFF through BFF Luxembourg sarl (see here a previous article by BeBeez).

DEPObank offers services to over 400 customers, including banks, asset management companies, pension funds, public administration and corporates. It is led by the former liquidator of the two distressed Venetian banks (Veneto Banca and Banca Popolare di Vicenza), Fabrizio Viola, while Paolo Tadini is ceo and general manager. Born in July 2018, it inherited all the banking activities of the Nexi Group. In February 2018 the company had announced that the group would be divided into two: on the one hand, with the parent company Nexi spa, the securities services services that require the banking license (custodian bank) and, on the other, in Mercury Payment Services (formerly Setefi Payment Services), payment activities and group subsidiaries focused on payments (see here a previous article by BeBeez). The operation, in addition to enhancing the two Nexi businesses that have different characteristics, served to speed up the listing process on the Nexi Stock Exchange (see here a previous article by BeBeez), which took place in April 2019 (see here a previous article by BeBeez).

DEPOBank, born with assets of almost 600 million and free of financial debt, is the Italian leader in the fund services and transaction services market, with 120 customer banks and 460 million transactions managed every year. In August 2019 DEPOBank announced the signing of an agreement with PrestaCap Holdings sa for the acquisition of control of Cara Services GmbH, which owns the Prestacap fintech lending platform (see here a previous article by BeBeez).

Banca Farmafactoring, led by Massimiliano Belingheri, is an operator specializing in financial services for healthcare providers and public administrations in Europe. Founded in 1885 by a group of pharmaceutical companies such as Farmafactoring, Apax had acquired 88.35% of it in 2006. With the fund, management (3.37%) and a series of industrial subjects had invested (Bracco, Mediolanum Farmaceutici and Merck Serono Molteni) customers of the Italian bank. In 2010 BFF expanded to Spain, in 2013 it became a bank and in 2015 entered the Spanish and German markets in this capacity. In 2015 BFF was sold by Apax to Centerbridge Partners, on its first deal in Italy. Centerbridge had beaten competition from several other private equity funds such as Blackstone, Cinven, CVC, Lone Star and Permira (see other BeBeez article). In 2016, BFF took over a leading company in the management of public sector credit in Poland, Slovakia and the Czech Republic. In April 2017, BFF was listed on the MTA of Borsa Italiana and in the same year started cross-border business in Greece. In 2019 it acquired the Spanish IOS Finance, started cross-border business in France and entered the online deposit market in Poland, Holland and Ireland.

Last October it listed a 300 million euro bond expiring in May 2023 and a 1.75% coupon under the one billion euro EMTN Programme published at the end of November 2018 to the ExtraMot Pro (see the press release here) . On 9 January, BFF Luxembourg sarl sold 11% of BFF through an accelerated bookbuilding, placing 18.7 million ordinary shares at 5.2 euros each. BFF Luxembourg thus fell from 32.77% to 21.77% in the capital of BFF (see here a previous article by BeBeez). BFF closed 2018 with a consolidated and adjusted net profit of 91.8 million euro, with a group CET1 coefficient at the end of December 2018 equal to 10.9%.
Invia commenti