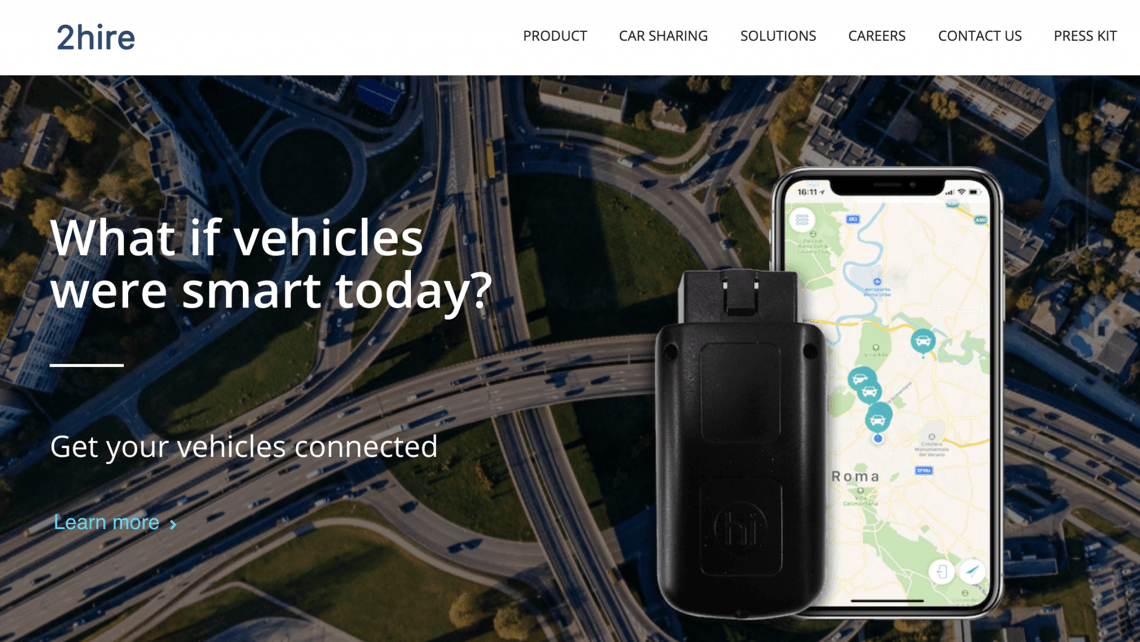 Italian smart mobility startup 2hire raised a 5.6 million euros investment round that P101 led with a 3.9 million ticket, while Linkem, a TMT company in which BlackRock invested in early, poured 0.4 million (See here a previous post by BeBeez). The company’s shareholders Invitalia Ventures, LVenture Group, and Boost Heroes joined the round. Filippo Agostino, Matteo Filippi, Andrea Verdelocco, and Elisabetta Mari founded 2hire which received the support of accelerator LUISS EnLabs. 2hire received 0.6 million in September 2017 from LVenture Group and a group of business angels, Angel Partner Group, and Invitalia Ventures. In the same year, Boost Heroes and MobilityUP poured 80,000 euros in the company.

Supermercato24 received 11 million euros from DIP Capital, FII Tech Growth, 360 Capital Partners, and Innogest (see here a previous post by BeBeez). Riccardo Cirillo founded DIP Capital in 2018. The fund has resources of 40 million coming from Platina Partners, an European investor in renewable energy and private equity. Federico Sargenti, the ceo of Supermercato24, said that the company aims to scale up in Europe and recently launched its operations in Poland. In July 2016, Supermercato24 raised 3 million from Innogest and 360 Capital Partners, who invested in the company in 2015 together with business angels. In February 2017, Supermercato24 received 0.32 million from Club degli Investitori and Italian Angels for Growth. Enrico Pandian founded Supermercato24 in 2014. In October 2019, Supermercato24 acquired Poland’s Szopi. The company has sales of 12.6 million, an ebitda of minus 4.8 million, and net cash of 1.1 million. Pandian is also a shareholder of Checkout Technology and chairman of FrescoFrigo, a company that founded in 2018 together with Tommaso Magnani.

Italian financial firm Synergo, a company that has one billion euros of assets under management, will invest in Italian scaleups (see here a previous post by BeBeez). The company’s new partners Simone Crolla, Gabriel Monzon Cortarelli, Alessandro Ermolli, Paolo Alessandro Bonazzi will develop such new funds of Synergo which set a fundraising target of 150 million euros for Sinergia Venture, a vehicle for investing in Italy. Synergo is also working on the launch of Sinergia III which will focus on the US market and aims to raise 200 million. The European Union will finance the scale ups with the programme Horizon 2020. Genoa’s Italian Institute of Technology (IIT) is is one of Synergo’s advisor.

Orapesce, a digital platform for the delivery of fresh fish, overachieved the least fundraising target of 80k euros for a stake of 8.16% on equity crowdfunding platform Mamacrowd as investors poured 116k euros (see here a previous post by BeBeez). The company’s pre-money value is of 900k euros with an upper fundraising target of 250k euros. Investors will receive also a reward in the form of a 20-30% discount on Orapesce. The company said that it would have invested 80k euros in marketing; 15k euros in logistic, and 5k in ICT if it raised 100k euros. Giacomo Bedetti and Alberto Mazza founded Orapesce in March 2018 together with an executive MBA class of Milan’s Polytechnic University. Bedetti previously worked with Accenture, Unicredit Credit Management, doValue and is now head of business unit Master Servicing at Italfondiario. Mazza is an alumnus of Milan Polytechnic. Orapesce raised 35,000 euros in December 2018 and 82,000 euros in September 2019. The company has sales of 75,000 euros.

Italian platform for real estate equity crowdfunding Concrete Investing carried on the exit from the project Torre Milano that OPM (a joint venture of Impresa Rusconi and Storm.it) launched (see here a previous post by BeBeez). Investors will get a yield of 11.86% after 12 months. The campaign for Torre Milano started in December 2018 and achieved its upper target of 0.750 million. Concrete Investing, whose ceo is Lorenzo Pedotti, is currently launching two new real estate projects for Milan area.

Italian IT consulting firm Euris acquired 67.64% of Responsa, an Italian startup that develops Artificial Intelligence solutions and that received the support of incubator H-Farm since 2012 (see here a previous post by BeBeez). Euris acquired the stake from H-Farm (25.69%); Indaco Ventures (10.27%) and other investors. Responsa’s ceo Gabriele Antoniazzi will keep a 32.36% of the company that will be part of Euris Experience, the business unit for Customer & Shopping Experience. Euris invested 0.15 million euros in Responsa in October 2016 for a stake of 18.6% in the business. Responsa has sales of 0.293 million, an ebitda of minus 38,000 euros, and profit of 845 euros.