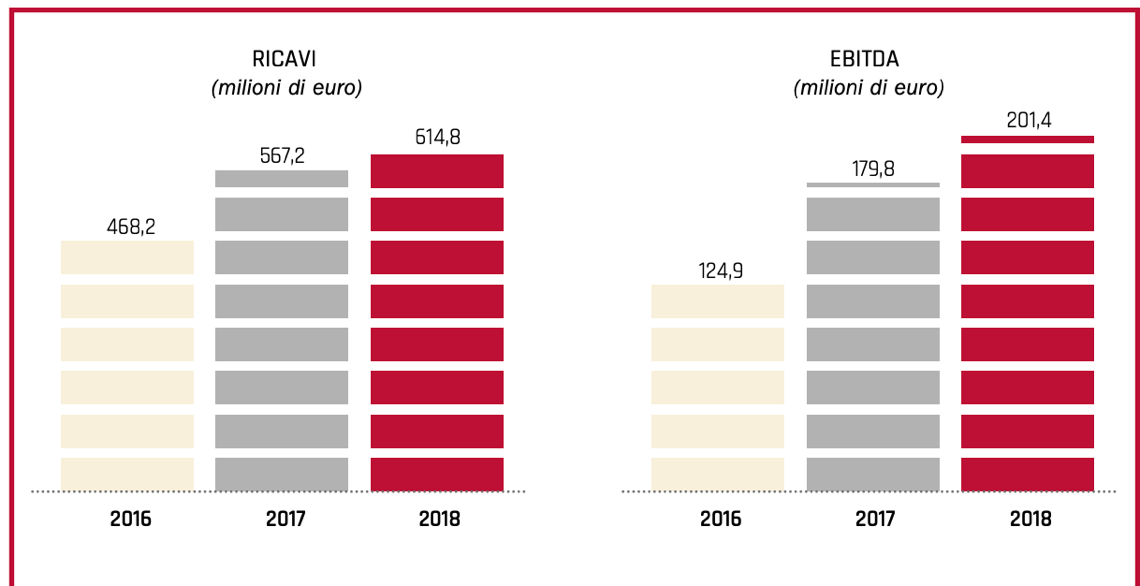 Sia‘s board of directors has approved the start of the stock market listing process and the 2020-2022 strategic plan. Thea leading group in payment services and infrastructures, controlled by 83.19% by Cdp Equity, announced it yesterday evening with a note (see the press release here). In particular, the company plans to land on the MTA segment of Borsa Italiana by Summer 2020.

Talks about a possible ipo have been recurring  for over a year. In February 2019, on the occasion of the approval of the 2019-2021 business plan, the ceo Nicola Cordone had said that if Sia decided for an ipo, he would have aimed to raise one billion euros and the deal would have consisted partly in a capital increase and partly in the sale of a portion of the shares held by the shareholders (see here a previous article by BeBeez).

But the ipo was not the only option the market was thinking of as for the future of Sia. Also in February 2019, Mr. Cordone had commented on the rumors that Cassa Depositi e Prestiti was advocating the marriage between Sia and the paytech Nexi, who at that time was preparing to land on the Italian Stock Exchange, which then took place in April 2019 (see here a previous article by BeBeez). Cordone had made it clear that he did not agree, but that obviously if the shareholders decided in this direction, the merger would take place, but it would only be an intermediate step along the way to become a leader in Europe in the digital payments sector. 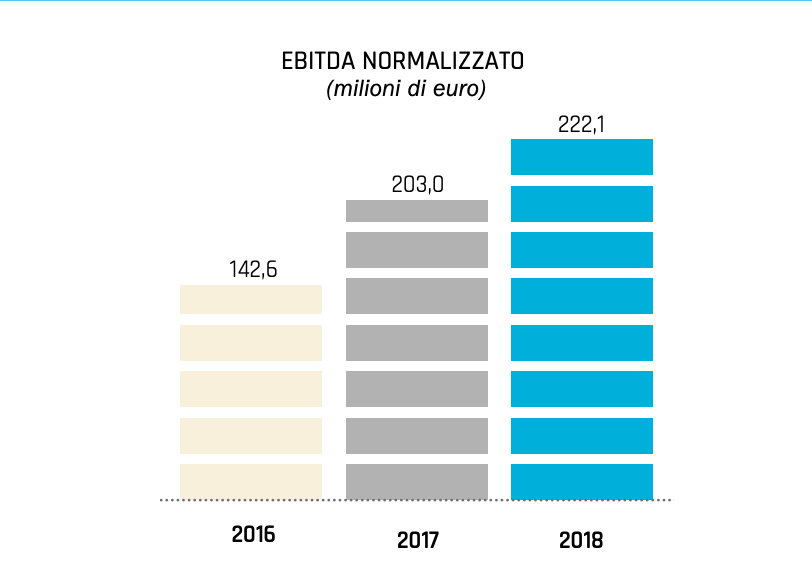 More precisely, Cordone said that “there is currently no file open on Nexi, but if it were to be done, apart from the Antitrust issues that risk making us stand still for months, we would have to face the aggregation, which is not for free and that in any case would slow down the scenario of growth in Europe” and had specified that “banks support the enhancement of Sia and want the bank-friendly business model to be maintained (ie aimed at institutions, without direct contact with the end customer unlike Nexi , editor’s note). They are willing to support growth in Europe and to support the ipo and Cdp is also fully in line with the idea of ​​maintaining this business model”. Having said that, Cordone had admitted: “If, however, the option of m&a with Nexi was decided by the shareholders to strengthen us, it can become interesting. But it would be an intermediate step to reach our goal: to become a leader in Europe ”.

More recently, just after the deal that led to the transfer of control of Sia to  Cdp Equity and Poste Italiane, Mr. Cordone, interviewed by Corriere della Sera on a possible merger with Nexi or with some other subjects in the Italian or international sector had said: “For us, it is a priority to prepare the company for a listing, to make the most of the investment of our shareholders in the context of any consolidation operation”.

Last November funds managed by F2i sgr and HAT sgr sold their stakes in Sia to Cdp Equity and Unicredit and Intesa Sanpaolo sold their stakes to FSIA Investimenti, the company 30% owned by Poste Italiane and 70% owned by FSI Investimenti, with the latter which in turn is 77% controlled by Cdp Equity and the remaining 22.88% by the Kuwait Investment Authority. At the end of the transsaction, Cdp Equity therefore bought 25.69% of Sia, while FSIA, which previously owned 49.48%, rose to 57.5% of the group, for a total of 83.19 %. The rest of the capital continues to be held by Banco Bpm, Mediolanum and Deutsche Bank (see here a previous article by BeBeez).

In detail, Cdp Equity took over 17.05% of SIA’s capital from F2i Reti Logiche srl, a vehicle owned by F2i sgr and 8.64% of SIA owned by Orizzonte Infrastrutture Tecnologiche srl, which was owned by the Ict Fund and by the Fondo Sistema Infrastrutture, both managed by HAT sgr. The transaction, as anticipated by BeBeez last May (see here a previous article by BeBeez), was carried out on the basis of an equity value of Sia of 2.4 billion euros and an enterprise value of Sia of approximately 3.2 billions of euros, equal to 12.5x the expected ebitda for 2019 and 14.6x the normalized ebitda 2018, which was 222 million euros, after net revenues of 614.8 millions and a net financial position of 723.9 million euro (see 2018 financial statements here). The two banks did a less rich deal, given that the shares being sold were the underlying of a call option held by FSIA, F2i sgr and HAT sgr.

That option gave each of them the right to purchase all the shares of SIA owned by Unicredit and Intesa Sanpaolo, 3.97% each for a total of 7.94% of the capital of SIA, at a fixed price corresponding to an enterprise value of SIA equal to approximately 7x the adjusted ebitda of 2018, therefore approximately 1.55 billion euros. The option was to be exercised by May 27, 2019: F2i and HAT did not do so, leaving FSIA the right to acquire all the additional 7.94% stake on its own. But of course, for the purposes of the ipo, the reference point for evaluating Sia today is the value of the group that was the basis for the main trnsaction, namely the 3.2 billion euros of EV corresponding to 2.4 billion of equity value.

However, this is only an indicative value. In recent days, in fact, a report by Goldman Sachs hypothesized for Sia an enterprise value of 3-3.5 billion euros in the case of mergers with Nexi, which would create a national champion with a market share of about 70% (45 % Nexi, 25% Sia), generating important cost synergies. To buy would be Nexi, who could pay with a mix of stocks and debt. 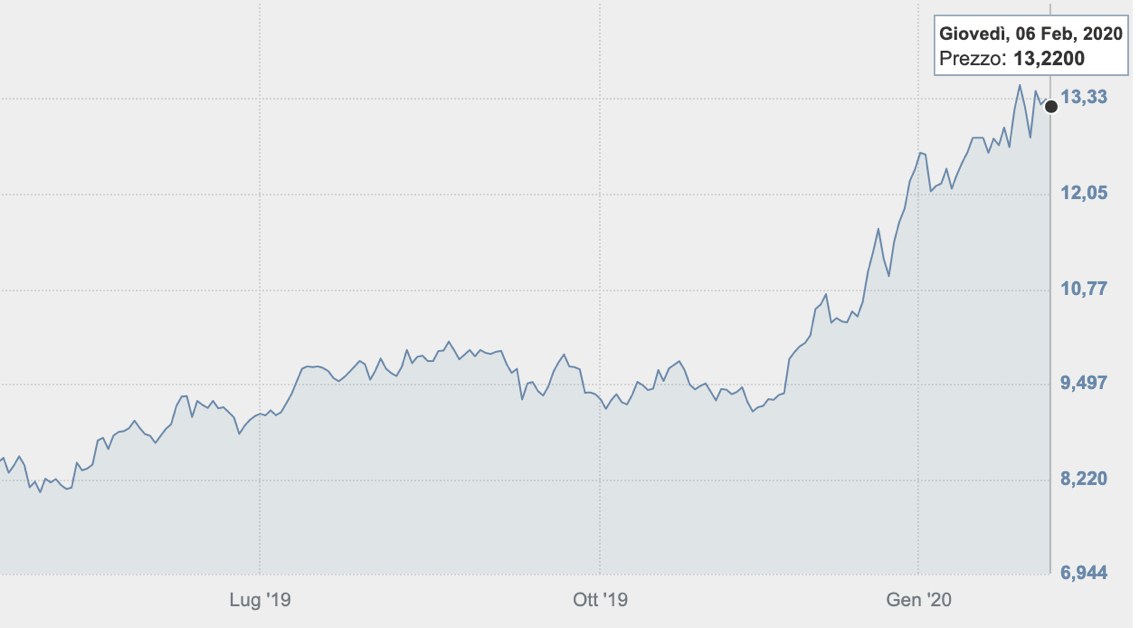 Last November Intesa Sanpaolo announced that it will take over 9.9% of Nexi for 653 million euros, at the same time as Nexi’s one billion euro acquisition of the merchant acquiring activities of the banking group led by Carlo Messina (see here a previous article by BeBeez). Nexi is still controlled by Mercury UK HoldCo Limited, which belongs to the Advent International, Bain Capital and Clessidra funds, which had bought control of the then Icbpi in 2015 (see here a previous article by BeBeez), they then divided the payment activities on the one hand and the custodian bank activities, channeled into DEPOBank (see here a previous article by BeBeez), and then the new Nexi group dedicated to payment activities was listed on Piazza Affari. The Nexi stock yesterday closed at 13.22 euros, down 0.74%, for a capitalization of about 8.3 billion euros, just below the historical maximum of 13.51 euros reached on January 29 in the aftermath of the Goldman Sachs report published.

In 2018, the Sia Group managed a total of 7.2 billion card transactions (+ 18.1% since 2017), 14 billion transactions for institutional services (+ 6.7%) and 3 billion payment transactions relating to wire transfers and collections (-2.4% for the lower volumes relating to non-SEPA payments and to the operations of branches of foreign banks in Italy). On the financial markets, the number of trading and post-trading transactions was 51.7 billion (-8% linked to technological efficiency of the market logics which reduced the total number of orders). Sia managed traffic of over 1,204 terabytes of data, an increase of 53.6% compared to 2017, over 186,000 km. of the SIAnet network, with total infrastructure availability and 100% service levels.

It has been chaired by Federico Lovadina since last December. Last January Sia, together with Cetif (Research Center in Technologies, Innovation and Financial Services of the Catholic University of Milan) and Reply (a company listed on Piazza Affari, specialized in the design and implementation of solutions based on the new communication channels and digital media) has started experimenting with the management of bank guarantees via blockchain (see here a previous article by BeBeez).