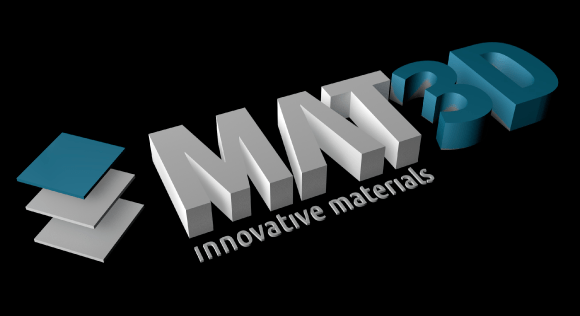 Progress Tech Transfer invested in MAT3D, a spin-off of the Universities of Modena e Reggio Emilia and of Parma that develops and produces high-performance polymers for the 3D printing sector (see here a previous post by BeBeez). The company will invest such proceeds in R&D and organic development. Progress Tech Transfer has resources of 40 million euros and received the support of the European Investment Fund and of Cassa Depositi e Prestiti through the ITAtech programme of which MITO Technology is an advisor.

CrowdFundMe, a Milan-listed equity crowdfunding platform, is hosting its first real estate campaign. The campaign is for 4F Real Estate (see here a previous post by BeBeez). In December 2019, the portal’s founder and ceo Tommaso Baldissera Pacchetti said that the firm would have joined the real estate space in 1Q20. The crowdfunding campaign of 4F Real Estate will finish at the end of March 2020, and already overachieved the least target of 0.15 million euros. 4F Real Estate has a discounted value of 0.647 million and may pay an annual Roi of at least 8%. The company will invest the proceeds of this campaign in three aspects of its core business: the acquisition of undervalued real estate assets; subrent of accommodations; speculative buys. Francesco Lionetti, the founder of 4F Real Estate, previously concluded a fundraising campaign on CrowdFundMe for the Milan-based coworking firm 02Factory.

BizAway, a platform for business trips, raised 2.5 million euros from lead investor Riccardo Martinelli, the former cio of Partners Group, and Spanish Alma Mundi Ventures, a venture capital fund that pours in startups tickets of 0.5 -5 million euros (see here a previous post by BeBeez). Federico Gonzalez Tejera, the ceo of Radisson, and the current shareholders of BizAway also joined the round. In 2018 BizAway, a business that Luca Carlucci and Flavio Del Bianco founded in 2015, raised one million. The company has a turnover of above 3.5 million, with a 300% annual growth. The company will invest such proceeds in its organic development.

Omecs, a start-up active in the field of biologic cosmetics, raised 0.35 million euros from Banca Azzoaglio with the guarantee of Mediocredito Centrale (see here a previous post by BeBeez). The company will invest such proceeds in its organic development and is also looking for a financial partner with the help of Translink Corporate Finance. Omecs is born in 2019.

Equity crowdfunding portal WeAreStarting and financial services firm Directa allowed the first sale on the secondary market for a stake of company which had previously raised capital in an equity crowdfunding campaign (see here a previous post by BeBeez). This was possible thanks to the fact that the investor had acquired his stake applying a special rule which allows a financial service firm to acquire stakes in companies during an equity crowdfunding campaign in the name of a client so that he can then resell it to the same financial service who can pass it through another on of its clients who had previously asked to buy in his name. The transaction that WeAreStarting announced involved a minority stake (0.15%) in a startup that carried its equity crowdfunding campaign between December 2018 and March 2019. An investor that initially poured a 1k euros, sold the shares with a 40% capital gain (26% after taxes) for an effective 29.6% return on the investment. Carlo Allevi founded WeAreStarting in December 2014. In 2019, the platform allowed to rais 1.544 million, ranking ninth in Italy in terms of funding.

TrenDevice, an Italian provider of assistance services for high-tech devices, aims to list on Milan Aim after having successfully closed an equity crowdfunding campaign on CrowdFundMe (see here a previous post by BeBeez). The company raised 440k euros in Summer 2019, above a 300k euros  target. Alessandro Palmisano and Antonio Capaldo founded the company that has sales of 5 million euros with an ebitda of 275k euros. For 2019, TrenDevice expects to generate revenues of 7.2 million with an ebitda of 0.503 millions. Palmisano said that the company aims to invest the proceeds of the IPO in its organic development.

Sixth Millennium, the Tel Aviv-based venture capital, launched an equity crowdfunding campaign on Milan-listed platform CrowdFundMe (See here a previous post by BeBeez). The fund already raised 25,000 euros ahead of a target of 0.5 million euros, with investment tickets of at least 5,000 euros. Sixth Millennium invests in startups operating in the fields of cybersecurity, IoT, Big Data Analytics and fintech that focus on Israeli market. The fund is part of the network Sixth Millennium Venture Partners, a group that Jonathan Pacifici (the chairman of the Jewish Economic Forum) and Reuven Ulmansky founded. In September 2019, Sixth Millennium signed a partnership with Italian incubator Bemycompany. Sixth Millennium aims to make public through a crowd listing procedure the assets in which invests.

Paolo Angelucci, an Italian business angel who is the ceo of AFP Capital, invested 100k euros in RentApp, an Italian Rent-to-Rent startup (see here a previous post by BeBeez). Angelucci supported the company’s equity crowdfunding campaign on CrowdFundMe. RentApp already raised 0.176 million ahead of a target of 0.5 million.