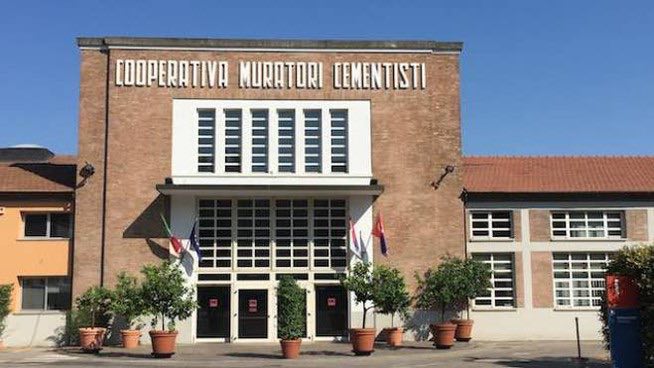 The bondholders’ meeting of the CMC (Cooperative Muratori e Cementisti) building company in Ravenna, chaired by Alfredo Fioretti, approved the company’s receivership plan on Friday 6th March (see the press release here). The commissioners appointed by the Ravenna Court filed their clean opinion on 25 January and a subsequent integration on 4 March 2020.

The composition plan should be examined by the creditors’ meeting tomorrow 11 March (see here a previous article by BeBeez). In fact, at the end of September 2019 CMC had requested and obtained a postponement of the creditors’ meeting, initially scheduled for November 13th, to make some improvements to the arrangement proposal. Last December, the CMC shareholders’ meeting therefore resolved to attribute the possibility of converting the SFPs (participatory financial instruments) into company bonds, for all unsecured creditors (classes 2-3-4-5) who will become holders of SFPs due to the desired approval of the composition with creditors in direct continuity (see the press release here).

CMC filed the plan and the arrangement proposal with the Court of Ravenna on April 8th 2019 (see here a previous article by BeBeez). The plan presented by the company envisaged the cooperative’s business continuity and the full satisfaction of pre-deduction creditors, privileged creditors and strategic suppliers, but also the partial and non-monetary satisfaction of the other unsecured creditors, with the attribution of instruments funded participatory. The company was admitted to the arrangement with creditors in June 2019 (see here a previous article by BeBeez).

The company is burdened by a total debt of 900 million euros, of which 575 million euros represented by to two bonds (one of 325 million euros and the other of 250 million), also subscribed by Credit Agricole, Algebris among others , Ubs, Mediolanum, Vontobel, Julius Baer and Alliance Bernstein. Muzinich was an investor, but sold the bond in 2018. The remaining part of the exposure concerns instead a revolving credit facility of Unicredit and Bnl Bnp Paribas of a size between 160 and 165 million euro, which served as a backup for the two bonds and an additional 100-150 million euros in loans by banks. Last October 2019  Unicredit was rumored to be trying to sell its 100 million unlinkely-to-pay loan issued to CMC to another investor (see here a previous article by BeBeez).

CMC, in financial strain like many other construction companies in Italy, had submitted the application for admission to the composition with creditors in December 2018 and at the time its bonds listed on the Luxembourg Stock Exchange had fallen below 8 cents(see here a previous article by BeBeez). In detail, this involved the 325 million euro bond maturing February 15, 2023 and 6% coupon, which had been issued in November 2017 to repay the 300 million bond paying a 7.5% coupon expiring in 2021 in advance; and the 251 million bond maturing on 1 August 2022 and coupon 6.875%. The negotiations of the two bonds were then suspended in December 2018.

At the end of June 2018, the group’s half-year report (latest data available) indicated that CMC’s net financial position had risen to 815 million euros (825 million the adjusted figure, see here the presentation to analysts), from 659 million at the end 2017, against construction revenues for the six months of 488.2 million and an ebitda of 64.8 million, while 2017 FY closed with 1.085 billion in revenues and 171.6 million in ebitda. At the same time as the announcement of the green light for the bondholders to the concordat plan, last Friday CMC has known that it has been awarded a 200 million euro motorway job in the Durban area of ​​South Africa.

CMC was founded in Ravenna in 1901 by 35 bricklayers who formed the “anonymous cooperative society among the workers, bricklayers and manuals of the Municipality of Ravenna”. In 1909 the company merged with that of the Cementists: since then “Muratori” and “Cementisti” mark the CMC brand. The company now produces over 60% of its turnover abroad, is active in 21 countries on five continents (Europe, North America, South America, Africa and Asia) and has, in the past, completed projects in over 40 countries. Since last December she has been led by the ceo Davide Mereghetti (see the press release here), the former Global Head of Family Office of Unicredit and before, when Unicredit was still led by Alessandro Profumo, head of Unicredit’s Investment Banking for the Italy.