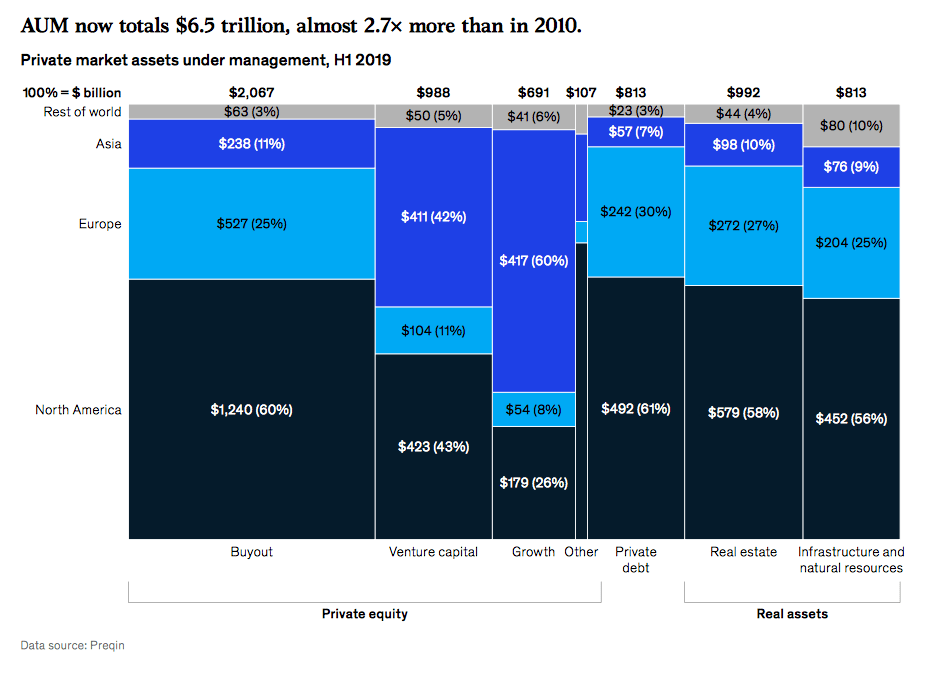 Julien Gervaz, the ceo of Palico, a fintech marketplace for trading investments in alternative assets, said to BeBeez that the COVID19-related turmoil could boost the volume of transactions in the secondary market of private equity as financial investors could implement new allocations for their resources (see here a previous post by BeBeez). However, such asset allocation may not push down prices and also allow to make capital gains. In a report that Palico released at the end of December 2019, price of 43 alternative funds with different strategies available on Palico have been traded on average at 101% of net asset value (NAV) in the 6 previous months, up 3% than 1H19. Palico was born in 2012 and since then it grew its team from 9 to 21 people and switched its focus to the secondary market and institutional investors. The company has bureaus in New York and Paris, and soon will open in London. By the end of 2020, Palico will launch a fundraising round, said Gervaz.

Friulchem, a Milan-listed producer of drugs and dietary integrators, acquired 13% of US producer of veterinary drugs Pharmabbie for 1.5 million US Dollars through the subscription of a capital increase (see here a previous post by BeBeez). Friulia has 23.8% of Friulchem. After such capital increase, Pharmabbie belongs to founders George Murphy and Serge Martinod (13.8% each), sector player Elanco (3.8%). Serge Martinod, a US investor in the veterinary sector, is the manager of Friulchem Usa of which has 33% (Friulchem owns the remaining 67%). Friulchem has sales of 16 million euros (74% veterinary sector, 26% human sector). Alessandro Mazzola founded Friulchem in 1996 and owns 38.8% of the business.

Bip (Business integration partners), the strategic consultancy firm that belongs to Apax Partners, acquired Vidiemme, an Italian developer of digital innovation projects that has a subsidiary in San Francisco, California (see here a previous post by BeBeez). Fabio Troiani is the co-ceo of Bip, while Luca Valsecchi is the founder and ceo of Vidiemme that has sales of 5.58 million euros, an ebitda of 0.28 million, and net cash of 0.808 million. Co-ceo Carlo Maria Capè and chairman Nino Lo Bianco reportedly said that Bip aims to acquire targets in France or the UK in 2020 and from 2022 in the USA for growing the company’s revenues by 40% in the next three years and achieving leading positions in Europe, South America and later in North America. In January 2020, Bip raised 90 million from Bnp Paribas, Crèdit Agricole, and Ubi Banca for financing acquisitions and refinancing a 65 million senior bond that Tikehau Capital subscribed in 2018 for supporting the buyout of Apax. Bip has global sales of 205 million. The Italian activities generated a turnover of 181.5 million and an ebitda of 20.5 million, while net financial debts stand at 60 million. Previous press items quoted Capè as saying that the company generates abroad 20% of its revenues, but by 2022 it aims to have sales of 400 million and 40% of them abroad.

Salini Impregilo, the listed Italian contractor, said it launched a beauty contest for choosing infrastructure funds that could support the business international expansion for projects that require relevant investments in equity (see here a previous post by BeBeez). Salini asked the top ten global infrastructure funds to submit their proposals for a 3-5 years partnership in view of joining calls for tender worth an aggregate amount of 100 billion US Dollars and focusing the growth in low-risk areas. Salini Impregilo will choose a partner that may strengthen its divisions in charge of finance, design, build, operate, and maintain. The company has a turnover of 5.33 billion euros, an ebitda of 422.6 million, and net debt of 631.4 million, net profits of 71 million, and an order portfolio worth 36.2 billion. Salini will pay a dividend of 0.03 euros per ordinary share and of 0.26 euros per preferred share. Salini Impregilo is working on the implementation of Progetto Italia, a catalyst vehicle that may aggregate Italian contractors, including troubled Milan-listed Astaldi, with the support of Cdp. Salini’s ceo Pietro Salini previously said that by 2021 Progetto Italia aims to create a player with a turnover of 14 billion euros and an orders portfolio of 62 billions.

Tamburi Investment Partners (TIP), the Milan-listed investment holding that Gianni Tamburi founded, posted profits of 99.9 million euros (84.6 million yoy) with an equity value of 902 million (+35% from 664.4 million) (see here a previous post by BeBeez). However, TIP warned that in 2020 may arise troubles related to the coronavirus, and therefore businesses have to review their budgets and targets for the long-term. Tamburi Investment Partners is one of the private capital investors that BeBeez Private Data monitors. Find out here how to subscribe for the Combo version that includes BeBeez News Premium.

Italian renewable energy company Enerpoint sold its financial credits to an undisclosed institutional investor and a relevant amount of its assets (mainly photovoltaic plants) to Infrastrutture (see here a previous post by BeBeez). Enerpoint concluded in advance the restructuring of its 60 million euros debt. Intesa Sanpaolo, Bpm, Bnl, and UniCredit are some of the company’s lenders. Paolo Rocco Viscontini founded Enerpoint in 2001. Infrastrutture’s chairman is Pier Francesco Rimbotti.

Vei 1, the Italian Spac that Palladio Finanziaria  Holding (PFH) launched in February 2018, couldn’t find a target and will reimburse its investors with the 100 million it provided (see here a previous post by BeBeez). Palladio Holding invested 20 million in Vei 1 whose objective was to merge with an Italian company with an equity value of 100 – 400 million. The shareholders of Ve 1 will receive 10 euros per share. However, the Spac decided to end the search of a target well before the spread of the coronavirus.

For 2019, Sicit Group, a Milan-listed company that changes biomasses into biostimulation agents for agriculture, posted sales of 56.7 million euros (+2.9% yoy), an adjusted ebitda of 20.3 million (+4.1%), and an adjusted net profit of 12.1 million (+7.1%) (See here a previous post by BeBeez). The company said to be willing to pay a dividend of 0.45 euros per share (0.34 euros in 2018). Sicit merged with Italian spac SprintItaly in May 2019 on the ground of equity value of 160 million. Sicit also said that it will upgrade its listing from current Aim segment to Star index. Massimo Neresini is the ceo of Sicit Group which is active since 1960. Fineurop, Gerardo Braggiotti, Matteo Carlotti, and Francesco Pintucci launched SprintItaly in July 2017 after having raised 150 million.

IdeA Agro, a private equity fund of DeA Capital Alternative Funds with a focus on  the Italian agrifood production chain, invested in Atena for creating an olive grove of above 300 hectares (see here a previous post by BeBeez). Gruppo Buccelletti will act as technical and operational partner, while Mps financed the transaction. Pier Felice Murtas is the managing director of IdeA Agro that in July 2019closed the first fundraising closing for 80 million euros ahead of a 100-110 million target.

At the closure of trading on 16 March, Monday, the market capitalization of London-listed Aston Martin Lagonda, went down 30% at 1.44 pounds per share, while the FTSE 100 index dropped by 4% (see here a previous post by BeBeez). Aston, the iconic brand of luxury cars, also belongs to Italy’s Investindustrial and on 16 March said that it is going to launch a capital increase of 536 million at 225 pence per share instead of previously announced 500 million at 400 pence per share. At the end of February, a consortium of investors (Yew Tree Consortium) led by Canadian businessman Lawrence Stroll was expected to subscribe 45.6 million newly issued shares, equal to a 16.7% stake in Aston Martin, at 4 pounds per share for a total of 182 million pounds while, at the time of the announcement of the 2019 financial statements, a further capital increase was expected for further 318 million pounds dedicated to all shareholders for a total injection of  500 million pounds of new money. All this in order to rebalance the group’s financial situation, weighed down by a net financial debt of around 800 million pounds, and to support the launch of the DBX luxury SUV on the market. Now the sharp stop to the growth of the global economy, following the coronavirus contagion, has forced Mr. Stroll to redo the accounts.

Kos, an asset of Cir and F2i, acquired the majority of healthcare player Villa Armonia Nuova, based in Rome (See here a previous post by BeBeez). Gruppo Cir has the majority of Kos and in 2016 F2i acquired part of Ardian’s 46.7% stake. In August 2019 EQT sold German Charleston, a provider of services to elderly care houses, to Kos. The company has sales of 545 million euros (697 million including Charleston turnover), an ebitda of 101.8 million, a net profit of 35.2 million, and net financial debt of 259 million.

On 23 March, Monday, [email protected] Capital will list on London Stock Exchange with an expected market capitalization of 227.5 million British Pounds for a 26% publicly traded equity (see here a previous post by BeBeez). Italian fintech [email protected] will carry on a reverse merger with Abal Group, a cash-shell company, and then rebrand as [email protected] Capital. Abal Group, fka Imaginitik, became a cash-only company after it previously sold to Canada’s Planbox its proprietary management software for 2.5 million. In September 2019, Abal signed an agrerement to acquire Supply@me for 224.478 million and said it would pay the transactions with the proceeds of an IPO on LSE. The shareholders of Supply@me will invest 0.6945 British Pounds for every new share, while new investors will pour 39.9 millions. Abal Group said that it will launch a capital increase for 2.2 millions for high net worth individuals and institutional investors. These proceeds will finance the company’s organic development. Alessandro Zamboni, the ceo and founder of [email protected], will be the ceo of the new company. Companies can create value out of their inventories, optimize their working capital and improve the efficiency of the supply chain through the [email protected] platform. Zamboni said to BeBeez that [email protected] is signing agreements with institutional investors and that in April, it will bring its first issue on the market for more than 250 million euros, that an important UK firm will place. [email protected] signed an agreement with this UK firm for a total of one billion euros of issues split into four tranches ahead of a target of 3.5 billion in 2023.

Finross, the financial firm of the Rossetti Family, acquired 60% of Italian apparels and shoe manufacturer Baldinini for 13 million euros (see here a previous post by BeBeez). Gimmi Baldinini will keep 40% of the business and his executive role. Antichi Pellettieri sold the asset after the bankrupt of its owner Mariella Burani, whose brand belongs to an investment vehicle of Hong Kong since March 2014.

Italian insurance broker Mansutti raised its 20% in Scala e Mansutti Broker (SMB) to 75% (see here a previous post by BeBeez). SMB has sales of 1.72 million euros and an ebitda of 0.130 million. In October 2017, Mansutti invested in insurtech Yolo together with Barcamper Ventures and Miro Ventures and in July 2019 it launched Mansutti Innovation Center an incubator for insurance startups

Guala Closures, the packaging company that in August 2019 listed on Milan after a business combination with the Spac Space 4, sold GCL Pharma to Bormioli Pharma for 8.9 million euros (see here a previous post by BeBeez). GCL is a packaging producer for the cosmetic and pharmaceutical sector with an enterprise value of 10 million. In 2017 Vision Capital sold Bormioli Pharma to Triton Capital. In September 2019, Bormioli acquired German packaging company R&G Beteiligungs. Guala Closures acquired GCL Pharma in 2009 for 3.7 million. Guala Closures shareholders are activist fund Amber, private equity Peninsula Capital (10%), Mojto Luxco 2 (5.6%), and the chairman Marco Giovannini (24.2%). The company has sales of 607 million and in December 2018 it acquired Scottish United Closures and Plastic from UK’s Rpc for 21.1 million euros. In January 2020, Guala Closures acquired Germany’s Closurelogic. In September 2019, market rumours said that Guala Closures attracted the delisting interest of US competitor Silgan Holdings and other trade buyers, as well as private equity funds Astorg and Advent International. Guala Closures and Bormioli are two portfolio companies that BeBeez Private Data monitors. Find out here how to subscribe for the Combo version that includes BeBeez News Premium.