Home Data&Analysis Investing in Italy? More than 35% say no on the web, 37% say yes. The Invest in Italy Index shows all doubts in the market now
Data & AnalysisApril 06, 2020Posted By: bebeez
Print Email

Investing in Italy? More than 35% say no on the web, 37% say yes. The Invest in Italy Index shows all doubts in the market now 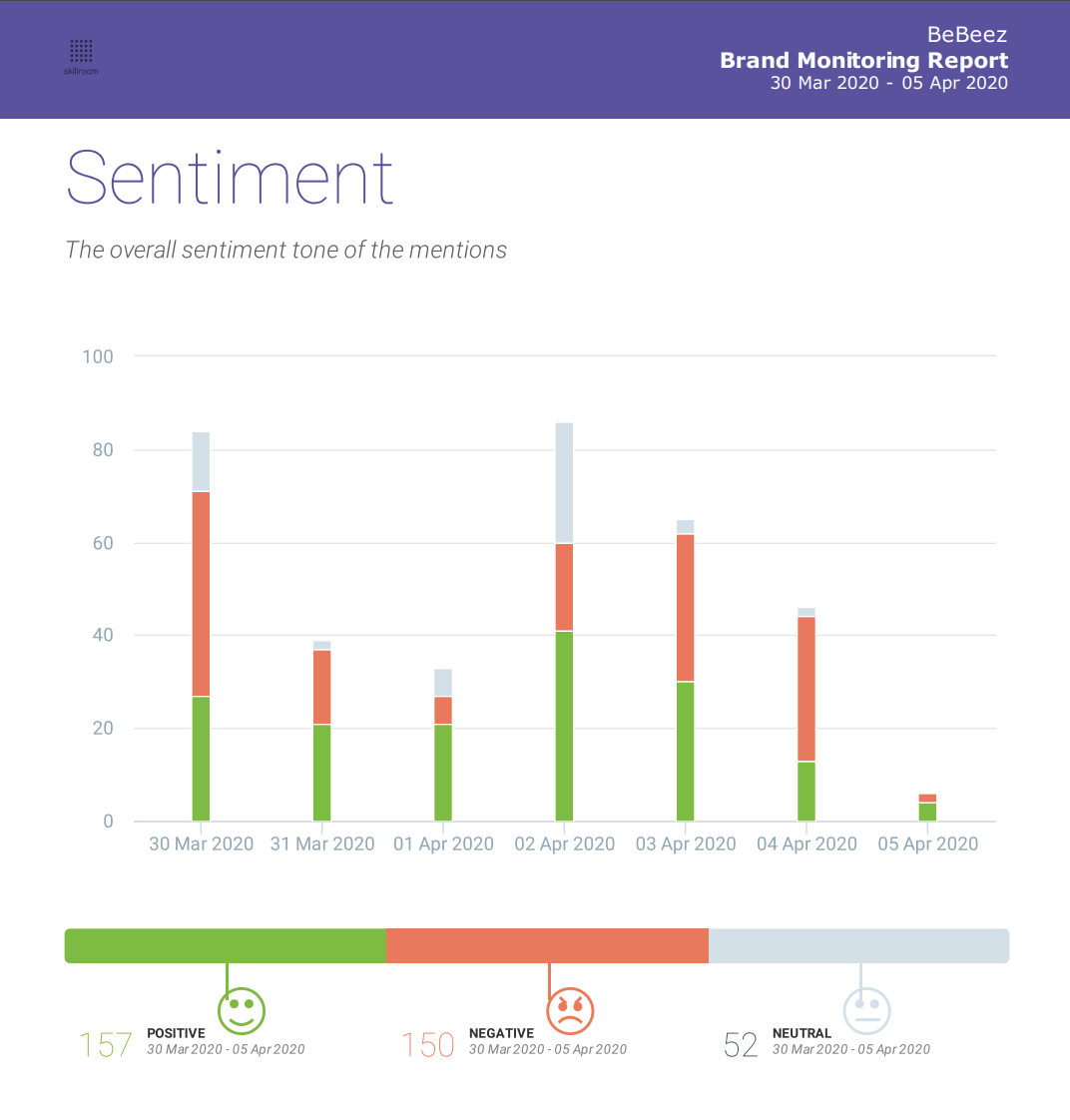 The Invest in Italy Index, the weekly index developed by Skillroom for BeBeez, with the use of artificial intelligence, to monitor the sentiment of international investors towards Italy in this moment of coronavirus pandemic, shows that in the 7 days between March 30 and April 5 the topic “invest in Italy” on the members kept a little less bench than in the last few weeks, but that the weight of negative sentiment has increased significantly, taking close to the weight of the positive sentiment (see the Report here).

In reality, the feeling is that the negative sentiment does not only concern Italy, but the concept of investment in general in this particularly complicated moment and that nobody really knows what to do.

In particular, the communication on Monday 30 March by many Italian banks will not have distributed dividends, in line with what the ECB asked all European banks on 27 March, to concentrate all their resources. to support businesses and families in times of coronavirus (see Beez Peak dated 30 March). Another particularly negative echo for Italy was informed on April 2 of a note issued by  Commerzbank which advised to sell Italian government bonds (see Bloomberg here).

Skillroom is a startup born in 2017 from a research project of the University of Turin. The research project focuses on machine learning out of the big data and the NLP (natural language processing) of minority and/or unwritten languages. The research project has entered its fifth year and is a PRIN (Project of Relevant National Interest) for MIUR. To date it has been funded with more than 700 thousand euros. The result of this research was patented (industrial patent) and the University of Turin has granted Skillroom exclusive use. The startup has developed several web marketing, analytics and sentiment analysis tools. For a test analysis, click here or click here for information.