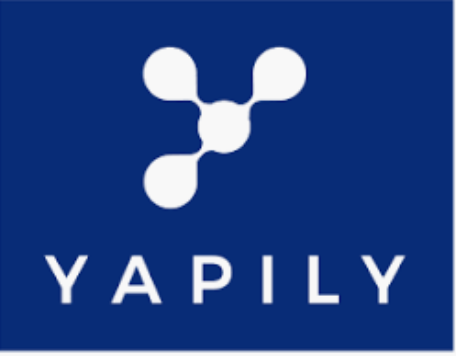 Neosurance, a scaleup insurtech that Neosperience and Digitaltech International launched, raised 1.1 million euros from Net Insurance, Luiss Alumni 4 Growth and a group of investors that Mezzetti Advisory Group led (see here a previous post by BeBeez). Neosurance premoney value is of 10 million euros, and after the capital increase, Neosperience and Digitaltech International will decrease their stakes from 32.43% to 36.61%. Andrea Silvello (ceo and co-founder of Digitaltech) and Dario Melpignano (co-founder of Milan-listed Neosperience) founded Neosurance in 2016. The company sells microinsurance policies for short term and in December 2016 it raised a 50,000 euros Easme – EU Executive Agency for SMEs. Pietro Menghi is the ceo of Neosurance, while Matteo Carbone, is the firm’s senior advisor. The startup’s turnover is of 0.483 million, the ebitda amounts to minus 0.401 million, and the net cash to 0.37 million.

Italian insurtech for cars, vans and motorbikes Prima Assicurazioni raised more than 131 million euros in prizes in 2019 (+71% yoy) with a +110% compared to February 2019 (see here a previous post by BeBeez). In October 2018, Prima raised 100 million from Goldman Sachs Private Capital Investing and Blackstone Tactical Opportunities. Prima’s founders Alberto Genovese and Teodoro D’Ambrosio own the majority of the business. George Ottathycal represents the 2018 investors on the board of directors of the company. The turnover of Prima Assicurazioni is of 17 million, the ebitda of minus 0.226 million, while net cash amounts to 30.9 million.

The weekly artificial intelligence-based Invest in Italy Index (III) by the Italian startup Skillroom and BeBeez, says that the negative sentiment of international investors for Italy between 30 March and 5 April increased and neared the positive (see here a previous post by BeBeez). However, the sentiment for investments is generally negative. The negative sentiment raised to 35.5% from 24.2% (150 mentions from 130 mentions of the previous week). The positive sentiment went down to 37.2% from 46.9% (157 mentions from previous 252). The neutral sentiment raised to 12.3% from 10.2% (52 mentions from the previous 55). The suspension of dividends payment from the Italian banks as asked by the ECB for EU banks to concentrate their resources in supporting the real economy during the coronavirus crisis and a report that Commerzbank that on 2 April advised to sell Italian sovereign bonds supported the negative sentiment. For a test analysis, click here or click here for information.

Azimut launched an equity crowdfunding campaign on Mamacrowd for Azimut Crescimpresa, an investment vehicle whose commercial brand is Azimut Sostieni Italia that aims to support the retailers and restoration activities that are facing the impact of the coronavirus (see here a previous post by BeBeez). The target is 500k euros to 8 million euros on the ground of a pre-money valuation of 160k euros and an investiment ticket of at least 1,500 euros. Twelve investors already poured 26,500 euros. Cerved, Wiserfunding and Aida will support Azimut Sostieni Italia with their analytic tools.

VentureItaly, part of Cdp Venture Capital, will invest 21 million euros in  Primo Space Fund (former Astra Ventures) (see here a previous post by BeBeez). Primo Space set a fundraising target of 80 million and in February 2020 it secured an investment commitment of 30 million from the European Investment Fund. Matteo Cascinari is the head of the fund’s advisory board of which is part the Fondazione E. Amaldi, part of the Italian Space Agency, Turin Polytechnic University, and Salerno University. Francesca Bria and Enrico Resmini are the ceos of Cdp Venture Capital, which received one billion from the Italian Government for investing in venture capital funds.

German challenger bank N26 launched the Italian Iban for new clients (see here a previous post by BeBeez). The current holders of a bank account with a German Iban will be able to switch to Italian details. However, the German fund for securing accounts worth up to 0.1 million euros will insure all the accounts of N26 that in January 2019 raised a series D round of 300 million US Dollars from US ​Insight Venture Partners (leader), Singapore’s​GIC and previous investors in the company. Andrea Isola, Italy’s country manager of N26, previously said to BeBeez that tha company may raise further funds in the next 8-12 monts.