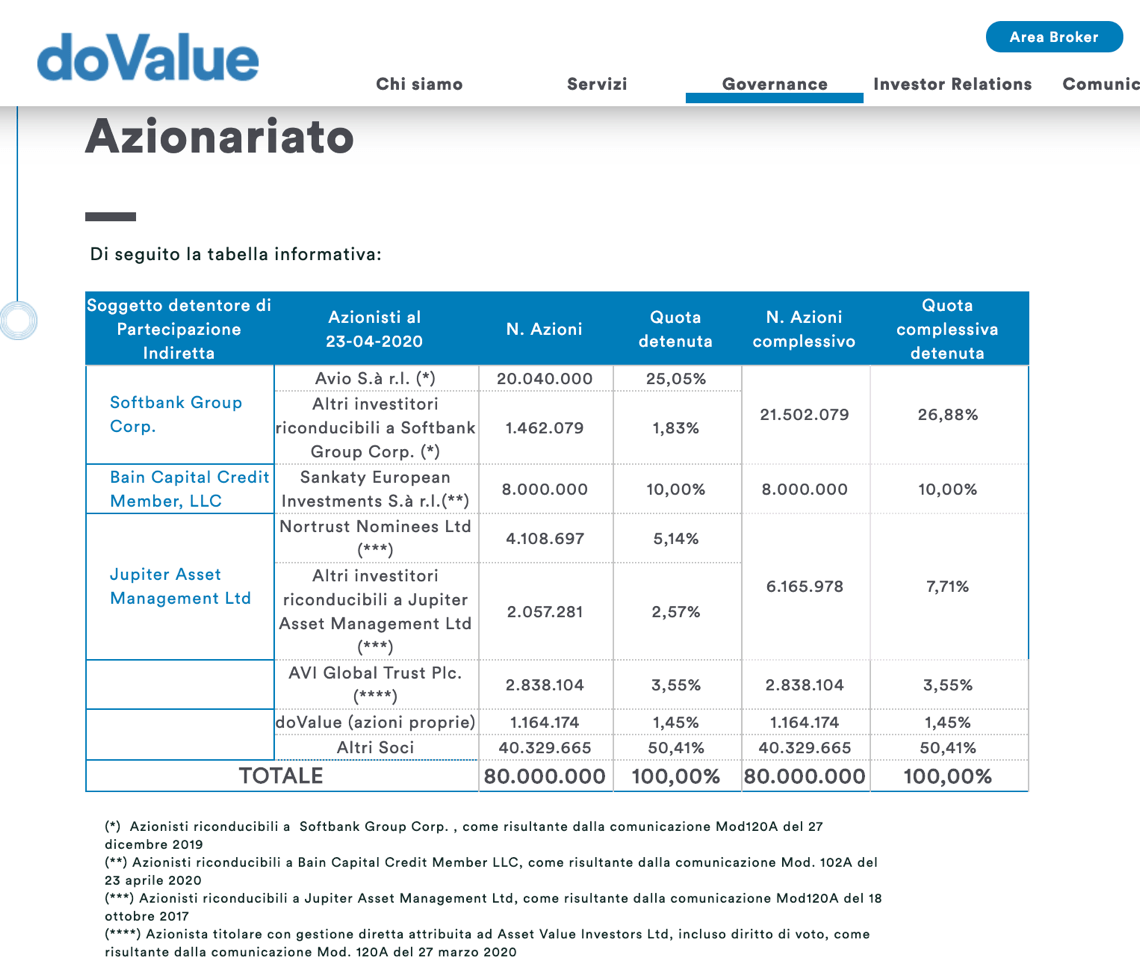 Bain Capital Credit, through the subsidiary Sankaty European Investments sarl, has bought on the market in several tranches in the last weeks a 10% stake of the capital (8 million shares) of doValue, the credit servicer listed on Piazza Affari, which was once Unicredit’s non performing exposures management platform. The new shareholding structure is published prominently on the doValue website.

The latest transaction was communicated to Italy’s Supervision Authority  Consob on April 17th. According to BeBeez, the acquisitions have been conducted in pure trading spirit, given the low prices of doValue, as the stock sank due to the coronavirus crisis. Yesterday the stock closed with a 5.69% jump to 7.06 euros per share, for a capitalization of 557.4 million euros, after hitting a minimum at 5.06 euros on March 20. On April 23, however, the stock had closed at 6.08 euros.

At the end of 2019, the value of the portfolio managed by doValue in its 5 activity markets (Italy, Spain, Portugal, Greece and Cyprus) was 131.5 billion euros GBV, up from 82.2 billions at the end of 2018 (see here the press release), and included the contribution of the Spanish Altamira Asset Management, acquired in January 2019 (see here a previous article by BeBeez). 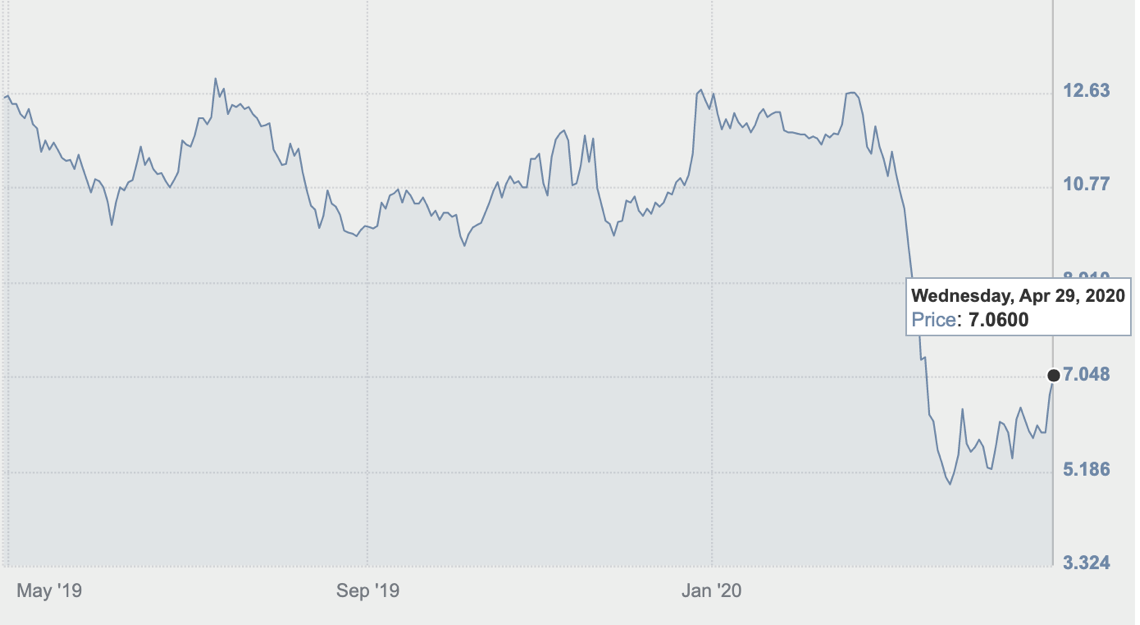 For Bain Capital Credit, this is the second transaction of the year in Italy, after the acquisition of 13 properties (see the press release here). The portfolio includes five offices in secondary offices in Milan, Rome and Bologna, for a total of 65,000 square meters, acquired by funds managed by Amundi sgr for 94.65 million euros (see here a previous article by BeBeez). Six offices in Milan and two shopping centers in the province of Milan and in Molise were also acquired from Covivio through the Chronos fund, managed by Kryalos sgr. The fund was established in November 2019 and fully subscribed by Bain Capital Credit (see here a previous article by BeBeez).

All these operations were structured by Fabio Longo, managing director and European manager of Non-Performing Loan & Real Estate of Bain Capital Credit. The group has acquired and manages over 3,500 Italian real estate assets for a total value of over 4 billion euros through its investments both in the real estate sector and in distressed markets. In Italy, in the credit sector, Bain Capital Credit acts through the Aquileia Capital Service operating platform, the former Heta Asset Resolution Italia (Harit), the bad bank of Hypo Alpe-Adria Bank bought in February 2017 (see here a previous article by BeBeez).