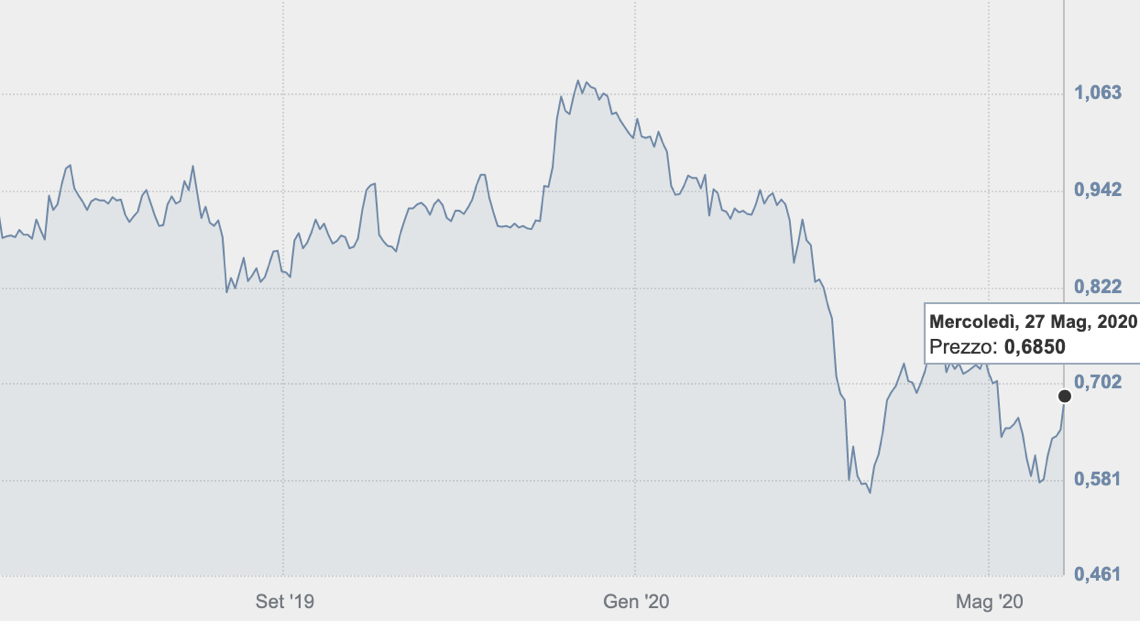 A first point is in Mr. Urbano Cairo‘s favour in the lawsuits with Blackstone, in relation to the transaction that in 2013 had led to the sale for 120 million euros and contextual lease of the real estate complex in Via Solferino / Via San Marco / Via Balzan in Milan, headquarter of the iconic daily newspaper Corriere della Sera and owned by the RCS publishing group. So much so that yesterday on the Italian Stock Exchange the RCS stock had reached 0.75 euros and then closed with a + 6.53% at 0.6850 euros.

In fact, on the evening of Tuesday 26 May, the Arbitration Chamber of Milan communicated to the parties the ruling of the Arbitral Tribunal composed of chairman Renato Rordorf and co-arbitrators Vincenzo Roppo and Vincenzo Mariconda (see the press release here).

The pronunciation (so-called Lodo) is only a partial and not definitive award. With this Lodo the Arbitral Tribunal, among other things:
(i) affirmed its competence to decide on RCS claims (including compensation claims), rejecting all the related preliminary and preliminary exceptions raised by the buyer;
(ii) has excluded the invalidity of the contracts with which the transaction was concluded;
(iii) noted that the behavior of the buyer could give rise to compensation for the damage in favor of RCS, and to this end he arranged two technical consultations to ascertain the conditions in which RCS was in 2013, as well as the market value of the immovable, taking into account, among other things, all the conditions of the transaction.

In any case, Blackstone does not seem dissatisfied. Rather. In a statement to Reuters a Blackstone spokesman said that “there was absolutely no decision or assessment about any right to damages for RCS” and that the company was “pleased that in this ruling, the arbitrators have dismissed the overwhelming majority of RCS’ claims”, adding Blackstone would continue to seek “compensation for the meaningful and growing damages caused by RCS “.

As already known, the acquisition of the real estate complex by Blackstone was carried out through a series of funds, including the Delphine fund managed by Kryalos sgr, an Italian real estate asset manager, 35% owned by Blackstone itself. Blackstone then entered into negotiations in the Summer of 2018 to sell the real estate complex to the Allianz group for a price that is said to be more than double the one paid to RCS (so about 250 million euros), but in November 2018 the negotiation stopped precisely because entrepreneur Urbano Cairo, who in the meantime was taking over the control of RCS (see here a previous article by BeBeez), had asked the Court of Milan for an arbitration to ascertain the nullity of the 2013 contract.

For its part, Blackstone sued RCS at the New York Court (see filing at the Court here) and if Allianz were to renounce the purchase, Blackstone is ready to request compensatory and punitive damages also for the damage to the image suffered. Blackstone has filed a 30-page memory claiming damages of up to 100 million dollars. Threshold that could rise further, also for any reputational damage that the US fund could raise (see here a previous article by BeBeez).

On April 24, 2019, however, the Supreme Court of the State of New York suspended the proceedings instituted there by the Blackstone funds, just pending the outcome of the arbitration in Italy (see Reuters here).