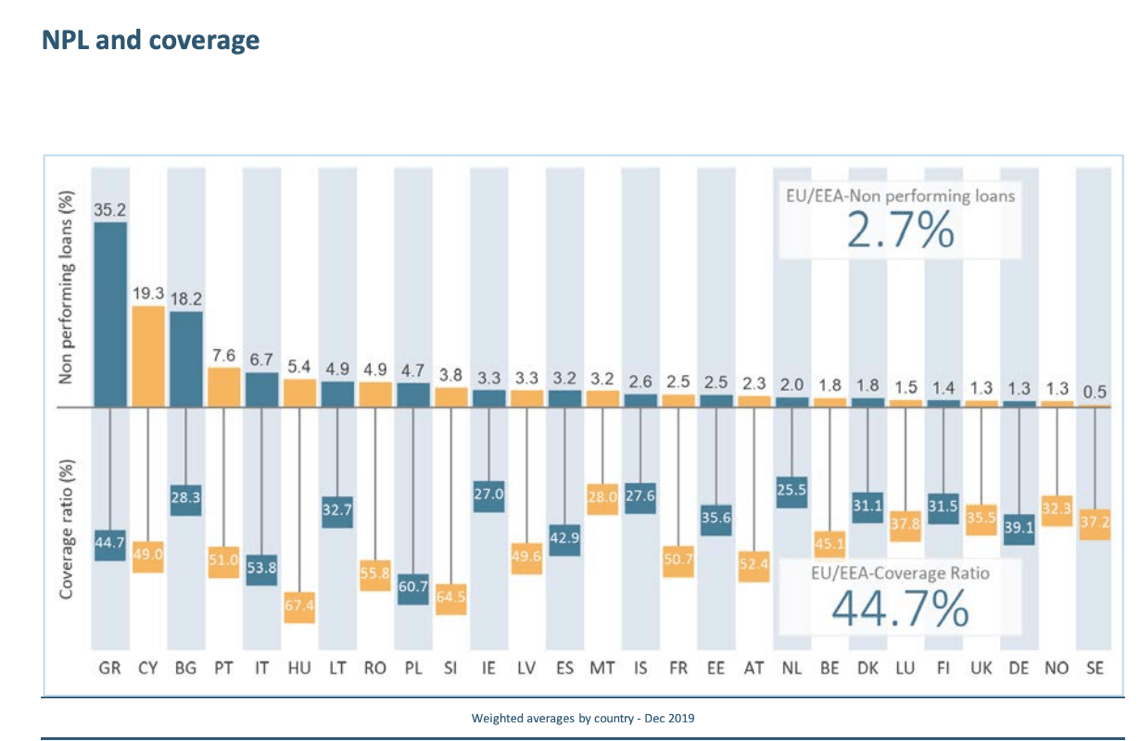 European banks as an aggregate were surprised by the Covid crisis with solid capital positions and better credit quality, but important differences still persist between country and country and between bank and bank, the European Banking Authority said yesterday, presenting the results of the seventh transparency exercise made on the financial statements of 127 European banks (see here the press release, here the aggregated numbers by country and here the bank-by-bank comparison).

Within this framework, which is based on the financial statements closed on 31 December 2019 (i.e. before the Covid-19 emergency), the Italian banks stand out for the progress made on the asset cleaning front and for a well above the EU average NPLs coverage ratio.

In particular, in fact, the Italian banks, although still showing a high ratio between gross impaired loans (bad loans, UTPS and past dues) and total loans, equal to 6.7% at the end of December 2019 for  115.5 billion euros of total exposures (see here a previous article by BeBeez) versus an EU average of 2.7%, this percentage is down sharply from 7.2% at the end of September (127 billion euros impaired) and above all show an NPLs coverage ratio of 53.8% versus an EU average of 44.7%, a 50.7% for French banks, a 42.9% of for Spanish institutions and 39.1% for German banks. 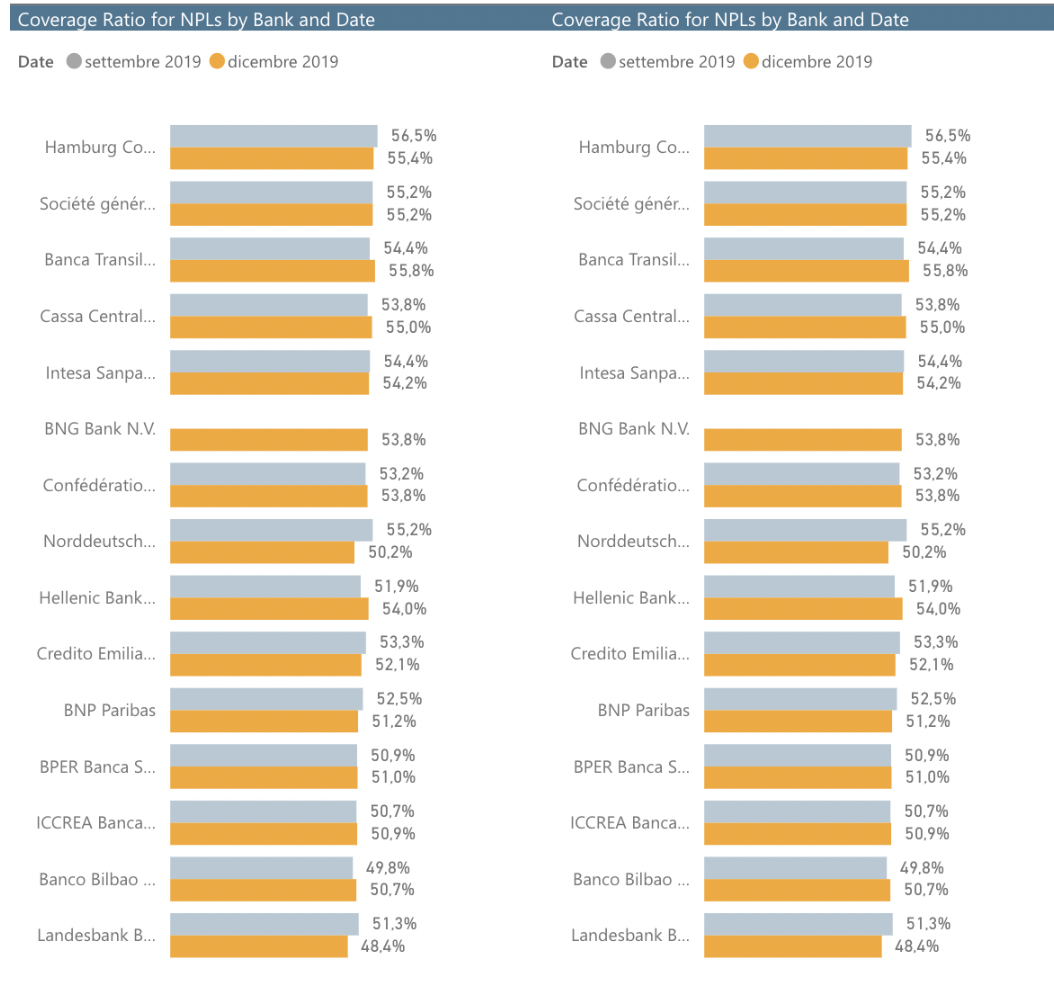 Not only that. There are four Italian banks in the top twenty EBA list ranking by coverage ratio: Unicredit with a coverage ratio of 64.6% is in seventh place and there are Banca Popolare di Sondrio (13th), Cassa Centrale Banca ( 19th) and Intesa SanPaolo (20th). High positions in the rankings also for Credem, Bper, Iccrea and Monte dei Paschi which with a cover ratio of 47.4% is 32nd in the EBA ranking.

Instead, what disappoints is the position of Italian banks in the ranking for capital strength calculated on the basis of the fully loaded CET1 capitalization ratio. In fact, the Italian average in December was only 13.2% (although improving from 13% at the end of September, when the EU average was 14.4%), while the European average stood at the end of 2019 at 14.8%.