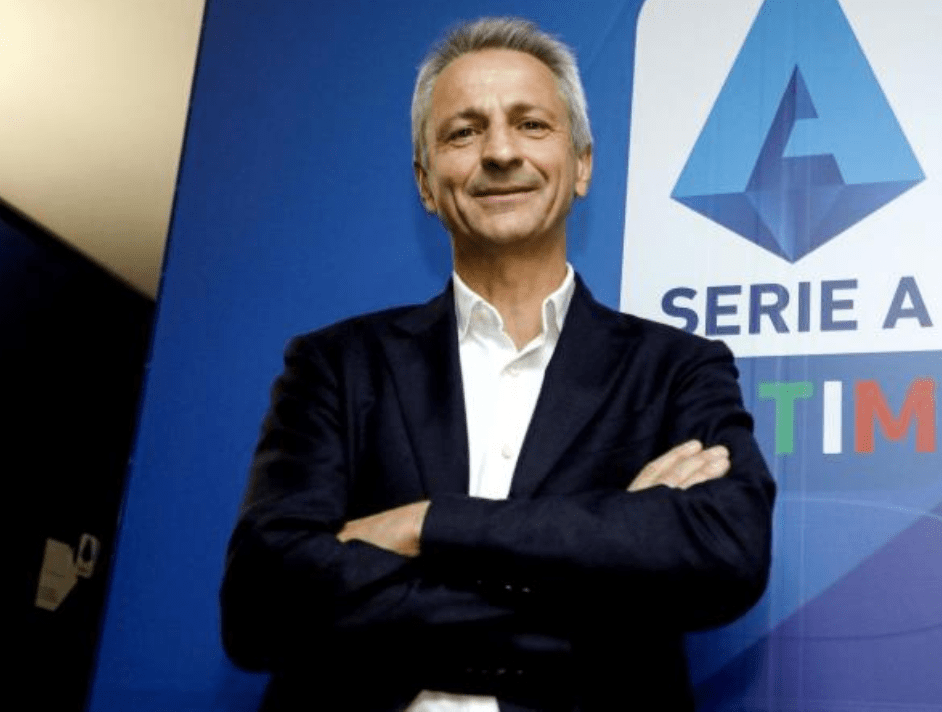 Lega Calcio di Serie A is of also interest to Cinven further than Advent International and Bain Capital (see here a previous post by BeBeez) while private debt fufnds too are said to study the dossier.  Blackstone’s credit branch GSO had been the first firm to be named as a potential investor as provider of a 100 million euros lending facility and its name is now coming out again as well as the one of KKR, as a potential lender (see here a previous post by BeBeez). CVC Capital Partners dropped the race after having made an offer in the region of 11 billions. CVC aimed to team up with Italian private equity firm FSI, who now might team up with somebody else.  Previous press reports said that the asset also attracted the attention of Silverlake. Meanwhile Lega Calcio Serie A named Lazard as its financial advisor for the deal.

The coronavirus led to a drop in m&a in Italy already in the first quarter of 2020 and is significantly changing the structure of the deals, the clauses and the guarantees of the contracts. The news emerged on the occasion of the presentation of the report “An opportunity in the crisis” drawn up by of Italian Law Firm Gatti Pavesi Bianchi and Unquote – Mergermarket (see here a previous post by BeBeez).  In 2019 there was a total business volume of 37.3 billion euros: down 33% from 2018 and the lowest value since 2014. The number of m&a deals in parallel has fallen 1% compared to the 2018 record. The decrease in turnover is illustrated by the modest size of the largest transactions recorded in 2020 in Italy: the top ten totalled a value of 15.9 billion euros. As for private equity deals, BeBeez’s 2019 private equity report, available to BeBeez News Premium subscribers, had mapped 317 fund-led transactions, fund-controlled companies, investment holdings, private investor club deals or SPACs.

Dentix Italia, a chain of dental clinics, applied for receivership with Milan Court (see here a previous post by BeBeez). KKR previously dropped the talks for converting its credit in the equity of the company’s headquarter in Spain that faced a liquidity crunch. At the end of 2016, KKR provided Dentix with a direct lending facility of 200 million euros. The company’s net financial debt amounts now to 160 million (140 million with KKR and 20 million with BBVA). Dentix has further liabilities of 200 million with BBVA, Cetelem, Pepper Money, and Abanca who financed the clients’ therapies. KKR could write off Dentix debt if the company will not sue the fund for its decision to withdraw from the agreement to buy a stake in the asset. Debtix attracted the interest of Sherpa Capital and Advent International, which owns Vitaldent, a Spanish chain of dental surgeries.

Aleatica, a portfolio company of IFM Global Infrastructure Fund, signed an agreement for acquiring 55.8% of Autostrade Lombarde, which owns 80% of Italian motorway A35 BreBeMi from Intesa Sanpaolo (see here a previous post by BeBeez). Aleatica also acquired a direct stake of 0.0542% BreBeMi on the ground of an enterprise value of 2.4 billion euros. Società di Progetto Brebemi has sales of 92 million, an ebitda of 59.8 million, and a net financial debt of 2.3 billion which includes the issuance of a Dublin-listed project bond in October 2019 for 1.679 billion and credit lines of 307 million that Unicredit provided together with Banco Bpm, UBI Banca Mps, Intesa Sanpaolo, and other banks.

Antares Vision, an Italian visual inspection company that listed on Milan market after having carried on a business combination with Spac ALP.I, acquired Convel from Andrea Gallo and Giovanni Lovato that will keep their management roles (see here a previous post by BeBeez). Antares invested 15.7 million euros for buying Convel on the ground of an enterprise value of 12.5 million or slightly below 8x ebitda. Convel has sales of 4.2 million (60% export), an ebitda of above 1.6 mlilion, and net cash of 3.2 million. Antares has sales of 118.8 million, an ebitda of 33.6 million and net cash of 28.7 million.

Milan-listed paytech Nexi, an asset of Advent International, Bain Capital and Clessidra, signed a partnership with Intesa Sanpaolo for the payment systems (See here a previous post by BeBeez). Nexi will take the acquiring activities of Intesa Sanpaolo that will be the distributor of the acquiring services of Nexi. The bank will take 9.9% of Nexi for 653 million euros and achieve a net capital gain of 1.1 billion. Nexi is a company that BeBeez Private Data monitors. Find out here how to subscribe to the Combo version that includes BeBeez News Premium.

Equinox acquired jewellery businesses Villa Pedemonte Atelier and Lombardi for merging them (see here a previous post by BeBeez). The targets generates together sales of 41 million euros with an ebitda of above 5 million. Equinox aims to make the two companies the catalysts for the creation of a pole for high-end jewellery.

The incubator Bemycompany launched Bemycompany Meccanica, a holding that invests in SMEs operating in the mechanic sector and generate sales of 0.5 – 10 million euros (see here a previous post by BeBeez). Antonio Quintino Chieffo will head BM with the support of other entrepreneurs and the Bcc Laudense. BM will own the stake in Meccanica Bpr that Bemycompany acquired in 2019 for 2 million.

In 2019, Palladio Finanziaria Holding (PFH) posted net profits of 13.7 million euros and equity of 300 million (See here a previous post by BeBeez). Roberto Ruozi and Roberto Meneguzzo kept their roles of chairman and vice chairman, acquiring executive powers too as Giorgio Drago will be no longer the ceo of PFH. Nicola Iorio will be the new coo and head of private equity activities of PFH. Alessandro Masera will head the auditing board.

Italian tannery Rino Mastrotto, a portfolio company of NB Renaissance Partners and in which have stakes NB Aurora and the Mastrotto ffamily, acquired the Italian competitor Nuova Osba Italia from the Famiglietti family (see here a previous post by BeBeez). Nuova Osba has sales of 8.5 million euros with an ebitda of minus 0.518 million. Rino Mastrotto has a turnover of 317.2 million, an ebitda of 44.6 million and a net financial debt of 51.5 million and in May 2017 it issuad a 12 million bond for supporting its domestic and international growth. In August 2019, NB Renaissance acquired 70% of Rino Mastrotto from the eponymous family on the ground of an enterprise value of 300 million. In September 2019, NB Aurora acquired 11% of the firm from NB Renaissance for 20 million.

F2A, a provider of business process outsourcing services (BPO) that belongs to Ardian, acquired Studio Associato Besana e Cantù (see here a previous post by BeBeez). The target is an advisor for labor law and tax. Ardian acquired the majority of F2A from Argos Soditic in February 2016. Between 2018 and 2019, the company acquired Elaborazioni Casagrande, CMP Consulting Group and Archimede HR. F2A has sales of 59.8 million euros, an ebitda of 7.3 million and a net financial debt of 27.6 million

Doppel Farmaceutici, a company of London-based private equity Trilantic Capital, acquired 90% of Dietopack, a producer of medical food integrators (see here a previous post by BeBeez). Dietopack has sales of 10 million euros and an ebitda of 2 million. Trilantic acquired Doppel in 2015. The company has sales in the region of 100 million and an ebitda of 5 million.

Oleodinamica Marchesini, an Italian producer of valves that belongs to German private equity Auctus Capital Partners, acquired Italian competitor Naldoni e Biondi from Giuseppe Biondi (see here a previous post by BeBeez). Oleodinamica Marchesini has sales of 22 million euros and an ebitda of 5.2 million. Naldoni e Biondi has sales of 4 million and an ebitda of 0.7 million.

BeBeez welcomes you after the lockdown period with an unmissable offer:
subscription to BeBeez News Premium and BeBeez Private Data
for only 550 euros plus VAT till year end
Click here for more info