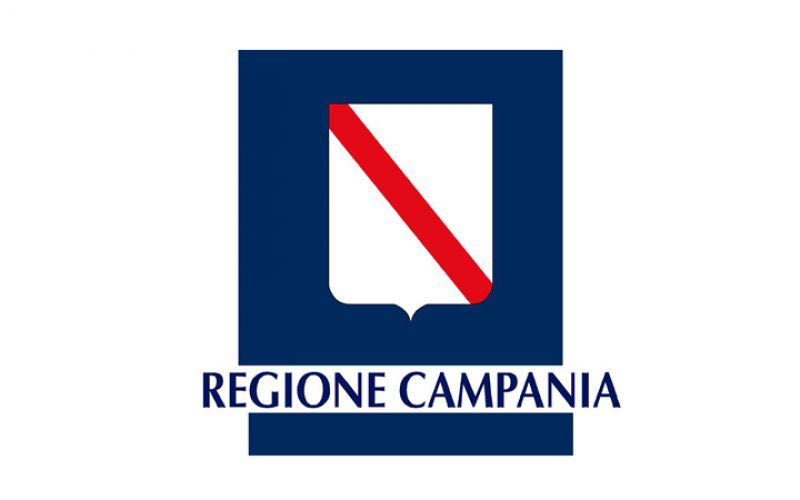 Garanzia Campania Bond (GCB), the basket bond programme of Campania-based companies, made a second issuance of 23.75 million euros (See here a previous post by BeBeez). Cassa Depositi e Prestiti and Mediocredito Centrale acted as anchor investor for the transaction and subscribed an even portion of the issuance. The companies that issued the bonds that are part of this second tranch of the basket bond are CMO, Condor, Eton Textile, Effetre, Faia, Graded, Officine Meccaniche Irpine, Salerno Pesca, Scatolificio Salernitano, and Starpur. The companies will invest such proceeds in their organic development.

The panelists of the next Caffé di BeBeez in aroma web of 20 July, Monday (11AM CET) will discuss about Basket bonds for SMEs and the perspectives of the sector (see here a previous post by BeBeez). Banca Finint issponsoring the event. Stefania Peveraro, the Chief Editor of BeBeez, will moderate a round table with Giovanni Perissinotto, Andrea Nuzzi, Francesca Brunori, Massimiliano Lagreca, Mario Mustilli, Giampaolo Pavia, Lucio Izzi. Sign up here for joining the event on Zoom and here for receiving the newsletter of the Caffé di BeBeez and receive updates for the next discussions.

At the end of June 2020, ITAS Mutua issued a subordinated Tier 1 bond worth 18.7 million euros with maturity on 25 June 2030 and a 5.5% coupon (See here a previous post by BeBeez). In 2015 Itas issued a Dublin-listed subordinated bond of 60 million with maturity on 30 July 2025 and a 6% coupon for acquiring the Italian branches of SIO (Sun Insurance Office) and of RSAI (Royal & Sun Alliance Insurance) from UK’s RSA. Il titolo è quotato alla borsa di Dublino (Irish Stock Exchange). In 2018, Itas issued a 15 million subordinated bond due to mature on 12 December 2028 and a 6% coupon that Hannover Finance subscribed.

Clabo raised 6 million euros from Anthilia Capital Partners and Finint Investments through the issuance of minibonds and direct lending (See here a previous post by BeBeez). The company will refinance a bond of 8 million that Anthilia subscribed for 5 million and Finint for 3 million, and will increase by 0.8 million the liability. The company will receive direct lending facility with the warranty of Sace worth 5.2 million (3.25 million from Anthilia and 1.95 million from Finint). The loan has a tenure of 72 months (24 months of pre-amortising). Clabo will invest such proceeds in its organic growth

Italian pasta producer De Matteis Agroalimentare issued a minibond of one million euros that Anthilia Capital Partners subscribed (see here a previous post by BeBeez). This bond is the second tranche of a 6 million programme that Anthilia subscribed in December. The bond is due to mature on 15 December 2026 and pays a 5.5% coupon with an amortizing reimbursement with 18 months of preamortization. DMA will invest the raised proceeds in its organic development. In December 2017, DMA issuad Milan-listed 6 million minibonds, that Anthilia (5 million; maturity in 2023; 5.2% coupon; amortizing reimbursement from June 2019) subscribed with Banca Popolare di Bari (1 million; maturity in 2022; 4.1% coupon; amortizing reimbursement from June 2019). The European Investment Fund provided its warranty for half of the value of both issuances within the programme “InnovFin SME Guarantee Facility”.

Banca Carige and its subsidiary Banca del Monte di Lucca closed a securitization of a portfolio of performing credits (see here a previous post by BeBeez). The spv Lanterna Finance issued shares for 362.5 million euros in three tranches:  205 million (Class A1), 20 million (Class A2) and 137.5 million (Class B). Banca Carige and Banca del Monte di Lucca subscribed these notes and will use the senior shares as collateral for refinancing transactions. Sign up here for BeBeez Newsletter about Private Debt and receive all the last 24 hours updates for the sector.

Lombardy’s Ospedale San Gerardo di Monza received a 48.6 million euros financing facility from Cdp and Unicredit (See here a previous post by BeBeez). The company will invest such proceeds in enlarging its activities.

The board of directors of Exprivia said that it is not possible to relaunch the business of its subsidiary Italtel (See here a previous post by BeBeez). Italtel belongs to Exprivia (81%) and Cisco (19%). Previous press reports said that Clessidra Restructuring Fund was interested in the assets, but talks did not concretize. Earlier in June, Pillarstone Italy acquired the majority of Italtel’s debt with Unicredit. Such liabilities were part of the UTP portfolio that Intesa Sanpaolo, Banca Imi, Unicredit, BPER Banca, Crédit Agricole Italia, and Crédit Agricole FriulAdria switched to RSCT Fund (Responsible & Sustainable Corporate Turnaround Fund) a vehicle of Pillarstone Italy with resources of 600 million euros that Davy Global Fund Management manages.

On 10 July, Friday, Milan Court accepted the receivership application of Moby and CIN (See here a previous post by BeBeez). The company will have to outline a restructuring plan by 28 October. Moby aims to reach an agreement with its creditors. The Onorato Family, the owners of the company, is reportedly holding talks with lending banks and bondholders (which grouped under Ad Hoc Group) for restructuring the 560 million euros debt. Hedge funds Soundpoint Capital, Cheyenne Capital, and York Capital invested in Moby’s Luxembourg listed bonds. Sign up here for BeBeez Newsletter about Private Debt and receive all the last 24 hours updates for the sector. BeBeez welcomes you after the lockdown period with an unmissable offer: subscription to BeBeez News Premium and BeBeez Private Data for only 550 euros plus VAT from 1 June to 31 December 2020 Click here for more info

AMCO, the credit management company of the Italian Ministry of Economy and Finance (MEF), issued a senior unsecured bond of 2 billion euros (see here a previous post by BeBeez). The issuance is in two tranches: one for 1.25 billion due to mature in July 2023 with a 1.5% coupon and another of 750 million maturing in July 2027 with a 2.25% coupon. Foreign investors subscribed 60% of the bonds that are part of the Euro Medium Term Note Programme of AMCO. The expected ratings of the liabilities are of BBB (Standard & Poor’s) and BBB- (Fitch).

MBCredit Solutions (part of Mediobanca) acquired two Npl portfolios with a face value of 335 million euros (see here a previous post by BeBeez). MBCredit Solutions signed a forward flow agreement for a further amount of up to 66 million of non performing credits with sales that will take place between September and December 2020.

Between March and May 2020, the proceeds of NPLs for Fire rose by 15% after an improvement of performances instead of assets, Claudio Manetti, the ceo of the company, said to BeBeez (see here a previous post by BeBeez). Fire is currently looking at porfolios of secured credits worth 20-30 million.

Cerved may start again to look for a new investor for Cerved Credit Management (CCM), its Npl division, after having released its 1H20 results (see here a previous post by BeBeez). CCM turnover amounts to 187.3 million euros  (Cerved’s total sales are of 520.6 million) with an adjusted ebitda of 53.8 million (236.6 million). Intrum reportedly tabled a bid of 8X ebitda or 450-500 million, but the exclusive talks it started with Cerved earlier in March, did not progress because of the coronavirus emergency. Cerved hired Mediobanca in September 2019 for selling CCM.

Credito Fondiario acquired a portfolio of distressed credits with a face value of 180 million euros (see here a previous post by BeBeez). Credito Fondiario belongs to financial firm Elliott and in 1Q20 recorded asset under management for 51.1 billion, a turnover of 31 million (15.8 million in 1Q19), an ebitda of 22.5 million (8.3 million), an interest margin of 20 million (8.8 million) and net profits of 8.5 million (1.5 million).

BeBeez welcomes you after the lockdown period with an unmissable offer:
subscription to BeBeez News Premium and BeBeez Private Data
for only 550 euros plus VAT till 31 December 2020
Click here for more info.