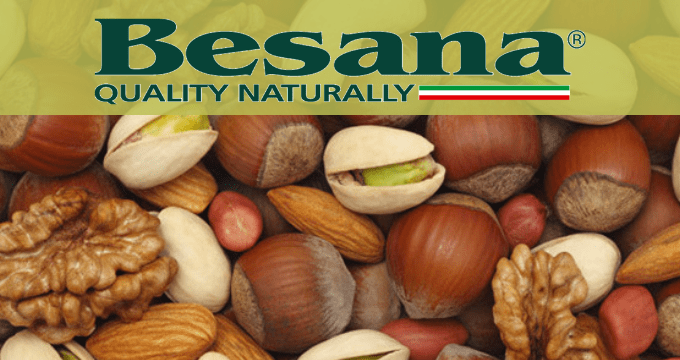 The Spanish company Importaco took over 51% of the Italian dried fruit producer Besana. Entrepreneurs Pino and Riccardo Calcagni sold the stake and retained a 49%. In the transaction, Importaco was assisted by PwC Deals (see the press release here).

The news of the acquisition was expected. Besana has been looking for a new partner since June 2019 aiming to grow abroad, especially in Northern Europe and Asia (see here a previous article by BeBeez).

Founded by brothers Emilio and Vincenzo Besana in 1921, V. Besana spa is today the largest Italian producer and distributor of dried fruit. Today it is led by descendants Pino and Riccardo Calcagni.

Besana processes and distributes 24 thousand tons of dried fruit per year. Headquartered in San Gennaro Vesuviano (Naples), the company distributes its products in Europe, the United States and Asia. In the fiscal year that ended in March 2018, Besana had achieved revenues of 147 million euros, an ebitda of 6 , 7 million and a net debt of 47.1 million (see here the Leanus analysis, once registered for free), while the financial year in March 2019 closed with revenues of around 180 million and in the next three years the the goal is to reach 200 million.

Importaco is a Spanish family company founded in 1940 active in the dried fruit, nuts and natural drinks sectors. It has 1,375 employees and 14 factories: 12 in Spain, one in Poland and another in Turkey. From this operation results one of the top three groups at European level and among the top ten in the world in the production of healthy food based on dried fruit, seeds and drinks. The new group will generate over 770 million in revenues, with 17 factories in 5 countries and around 2,000 employees. Thanks to the transaction, Importaco expands its product range and becomes more international. The two companies together will complete their offer on the markets of southern Europe (Spain and Italy), the United Kingdom, central Europe (Germany and Poland) and Scandinavia. Through this consolidation, both companies strengthen their competitive advantage in the dried fruit market, thanks to the quality of their products, processes and the increase in production capacity.

We recall that in January 2019 Banca di Credito Popolare granted Besana two medium-term loans for a total of 10 million euros to support the development projects for the three-year period 2019-2021, intended for the enhancement and technological evolution, the constant improvement of the production layout and control systems, as well as strengthening internationalization. For several years Besana had in fact looked at the Asian market, with a particular focus on the Chinese one. Part of the loans granted by Banca di Credito Popolare benefited from the guarantees of the FEI (see the press release here).