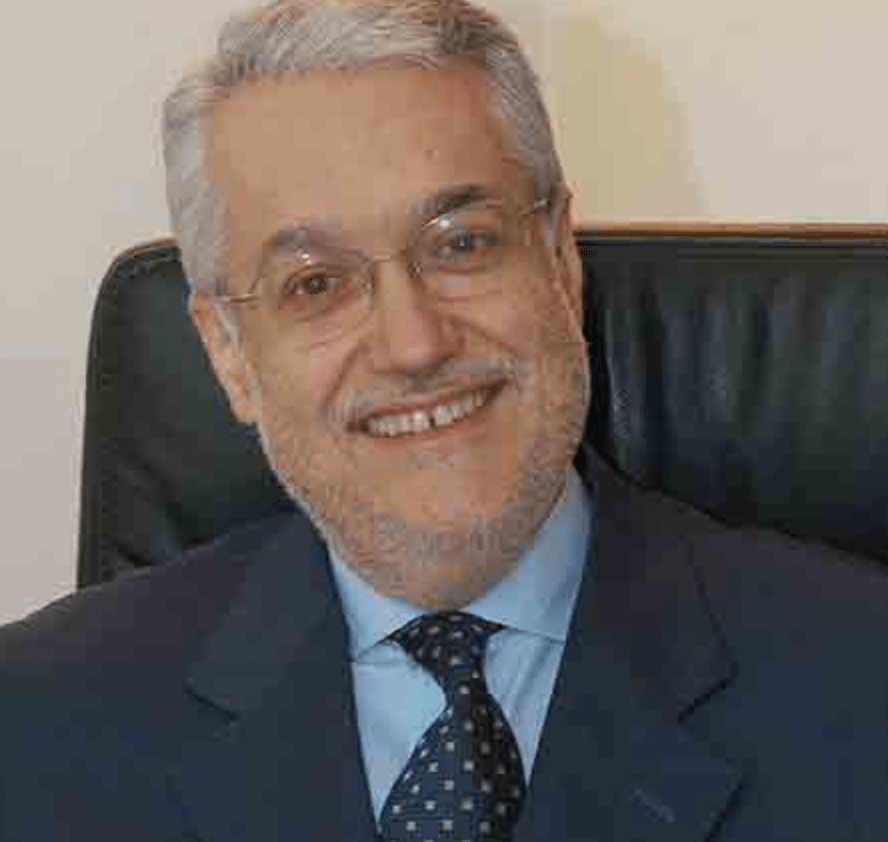 The Italian pension funds may buy the tax credits for the requalification of their real estate assets, said Sergio Corbello, the chairman of Assoprevidenza, the Italian association of pension funds (see here a previous post by BeBeez). The pension funds could invest in vehicles that buy tax incentives. Evarist Granata, the ceo of Alternative Capital Partners (ACP) (he founded the company together with Emanuele Ottina) said that Sustainable Securities Fund (SSF) may invest in eco-friendly tax incentives.

Bain Capital Credit  acquired 99% of Hypo Alpe Adria from the Austrian Government and rebranded it as Julia Portfolio Solutions (see here a previous post by BeBeez). BCC received the support of its subsidiary Aquileia Capital Services (fka Heta Asset Resolution Italia, the former bad bank of Hypo Alpe Adria itself that Bain Capital Credit had acquired back in 2017, see here a previous article by BeBeez). Julia Portfolio Solutions will focus on third-party servicing of NPLs portfolios. Alfredo Balzotti and Federico Di Berardino will act as the company’s chairman and coo. JPS will start to handle a portfolio of 400 million euros.

In 1H20, Cherry 106, an investor in Npls of which Giovanni Bossi is a controlling sharheolder, acquired 8 portfolios of distressed credits (See here a previous post by BeBeez). Most of these credits are unsecured and belong to the banking and consumer credit segments.

Innovative-RFK (i-RFK) started the placement of a 5-years minibond of up to 5 million euros who pays a 6% coupon with a ticket of at least 10,000 euros on the portal CrowdFundMe (see here a previous post by BeBeez). After the campaign on CrowdFundMe, i-RFK will list the bond on Milan market.

Gamma Bidco, the newco that Apollo Management created for acquiring Gamenet, issued two high yield bonds for a total of 640 million euros for refinancing the debt of the target (see here a previous post by BeBeez). One issuance of 340 million will mature on 15 July 2025 and pays a 6.25% coupon, the other amounts to 300 million with a floating rate of 600 basis points on top of the 3 Months-Euribor rate. Gamma Bidco and Gamenet received a super senior revolving credit line of 100 million.

ATI, an Italian producer of steel pipes, issued a minibond worth one million euros that Zenit sgr subscribed (see here a previous post by BeBeez). The liability will mature on 31 December 2024, has an amortizing structure and pays a 5% coupon. The company provided its stocked goods as collateral for 3 million and will invest the raised proceeds in its organic development. ATI has sales of 27.5 million, an ebitda of one million and net cash of 0.536 million.

Renergetica will issue two minibonds for a total of 12 million euros for financing its projects pipeline in Italy, Usa, Chile, and Colombia for a total of about 1.2 GWp and the expansion in Europe (see here a previous post by BeBeez). One senior minibond amounts to 8 million and Exacto, the controlling shareholder of Renergetica, will subscribe it together with professional investors in early August 2020. Exacto will also subscribe the subordinated minibond for refinancing the current company’s debt. Both bonds are due to mature in 5 years and pay a 5.70% coupon. Renergetica has a turnover of 9.4 million euros with an ebitda margine of 44%.

London-listed fintech Supply@Me Capital is working on the launch of its first securitization (See here a previous post by BeBeez). Alessandro Zamboni, the founder of Supply@Me, previously said to BeBeez about the launch of this securitization. Zamboni said that the company first issuance would have been worth 250 million euros. The company hired StormHarbour Securities for placing the abs of four issuances worth a total of one bilion ahead of a target of 3.5 billion in 2023. Zamboni and other investors own 72.95% of the company. In June 2019, a club deal of investors (including clients of Equita and Ceresio and Malta’s asset manager Parrot Capital, part of Global Capital) subscribed a capital increase of 2 million on the ground of an enterprise value of 25 million.

Officine CST launched a reverse factoring fintech platform for financing the companies’ working capital and the production chains (See here a previous post by BeBeez). Officine CST owns Officine MC and Officine gestione servizi legali, Officine NPL. The company has credits under management for 18 billion euros, a turnover of 15.1 million, an ebitda of 0.754 million and a net financial debt of 56.8 million. In December 2019, Officine CST issued a Milan-listed minibond of 4 million due to mature on 31 December 2021 with a fixed rate coupon of 2.35%. Amundi subscribed the issuance. In July 2018, Cerberus acquired 57.11% of Officine CST, the company’s ceo Gianpiero Oddone and Riccardo Banchetti own 28% and 11.37% of the business.

Exetra, a subsidiary of Intesa Sanpaolo, facilitated the closing of foreign orders of Scotta and of Olimpia 80, offering payment extensions to the companies clients (see here a previous post by BeBeez). Exetra supported the export of the turbines of Scotta for two hydroelectric plants in Albania, finalizing the 7 million euros contract and offering a 5-year payment extension. Furthermore, Exetra, Sace and Simest, supported Olimpia 80 for the sale of a plant for the production of welded pipes and horizontal accumulation plant for high frequency pipes to Mexican clients who paid 1.2 million euro and received a 5-years extension for the payment at a very competitive cost. Exetra is a commercial trading company for the products of Italian SMEs and it was born out of a partnership between Intesa Sanpaolo (85%) and SCB Market Traders, a consulting firm that Sergio Castelbolognesi founded.

Moretto, an Italian company active in the sector of industrial printing, received a financing facility of 10.55 million euros from Cassa Depositi e Prestiti, Mediocredito Centrale and Banca Finint (see here a previous post by BeBeez). The loan has a tenure of 6 years and received the warranty from the European Investment Fund (EIF) and the programme Garanzia Italia of SACE. Moretto has sales in the region of 50 million euros with a 12% adjusted ebitda margin

New troubles in sight for the Maccaferri Group. On 24 July, the top managers of Samp and those of the parent company Seci received a letter from US asset asset manager Muzinich‘s lawyers, asking for compensation for damages in relation to a first-request guarantee issued by Seci and Samp in 2014 in favor of the EIB for a loan granted to Seci by EIB itself. A guarantee that Muzinich was not aware of when he signed Samp bonds in 2018 and which was then enforced in 2019 (see here a previous article by BeBeez). All this happens while the Court of Bologna has said no to the provision of new pre-deductible finance for 60 million euros by Carlyle and other investors in favor of Officine Maccaferri as part of the restructuring agreement  which was signed last May with the investors gathered under the initials Ad Hoc Group (AHG), that is the group of bondholders that holds 54% of Officine’s bond Maccaferri of  190 million  euros, made up of Carlyle and other co-investors (see here a previous article by BeBeez). And it happens while the Prosecutor of Bologna is investigating the top management and the shareholders of Seci and its subsidiary Sei, for fraudulent bankruptcy for the distraction of assets for a total of 57.6 million euros and violation of bankruptcy law (see here a previous article by BeBeez).

Credito Fondiario launched the first Reoco that will act in support of a GACS-backed securitization of NPLs  (see here a previous post by BeBeez). The deal under consideration is  the one made by Leviticus spv in February 2019, when Leviticus acquired a portfolio of NPLs amounting to 7.4 billion euros from Banco Bpm and issued abs for 1.9 billion euros spread over three classes of notes (senior, mezzanine and junior) with a median price of 25.68%. The senior notes will have the GACS warranty. Elliott subscribed 95% of the junior notes, while Credito Fondiario acquired 70% of Banco BPM’s platform for the management of distressed credits

Amco and Veneto Sviluppo signed a partnership for supporting the Veneto-based companies that originally borrowed from Banca Popolare di Vicenza and Veneto Banca (see here a previous post by BeBeez). The liabilities are Utps. Veneto Sviluppo will invest in equity or semi-equity of the borrowers to facilitate the management of the Utps that now belong to Amco which may inject fresh resources in the companies. Amco’s distressed credits originated in Veneto now amount to 7.3 billion.

The European Central Bank (ECB) asked Banca Mps to increase its equity by 700 million euros before launching the Hydra project, the bad bank that will handle to Amco the distressed credits and other assets (see here a previous post by BeBeez). Amco will from MPS distressed credits for above 8 billion euros, further liabilities and equity in the region of 1 billion. Mps and Amco may close such a transaction by 1 December 2020 and take the gross Npe ratio from 12.4% to 4.3%.

NPLs RE_Solutions said that in 2019 the basic auction price for Italian vineyards sold for repaying distressed debts, amounted in total to 250 million euros (see here a previous post by BeBeez). More than 40% of the asset is in Tuscany, where the price of the vineyards has been of 100 million, even though they are worth at least twice as much.

Borgogesia launched a revolving securitization of real estate Npls through BGS Securities that includes 6 million euros worth of gross credits that acquired earlier in June (See here a previous post by BeBeez). The company and its subsidiaries will subscribe the notes of the securitization, while third parties investors will buy them when Borgosesia will launch the securitization of further credits. Borgosesia’s equity is worth 26.9 million, net profits amount to 2.7 million. The company has a turnover of 14.5 million, an adjusted ebitda of 5 million and a net financial debt of 3.9 million.