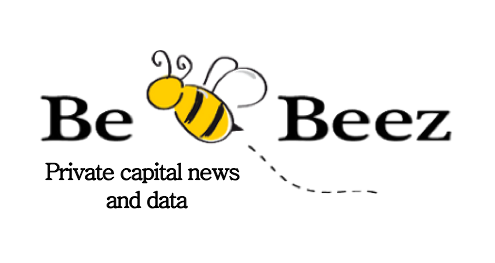 BeBeez wishes you a happy Summer with an unmissable offer: subscription to BeBeez News Premium and BeBeez Private Data for only 350 euros plus VAT until 31 December 2020 (from 550 euro plus VAT list price) The BeBeez archive today aggregates around 18 thousand articles about the Italian private capital market, all based on financial figures and with links to sources. The subscribers to this offer will get a 10% discount on the renewal fee for 2021. To take advantage of the Summer offer, write an email to [email protected] with “Summer offer” in the the subject line and mention name, surname, company, tax code or VAT number, address, email, recipient code for electronic invoicing, and enclose a copy of the bank payment for the selected service (price including 22% VAT). Please send the payment to EdiBeez srl, IBAN IT62H0301503200000003571586, Fineco Bank, PayPal to [email protected], or send your credit card details.

Tim and United Ventures launched UV T-Growth, a vehicle for investing in telecom startups (See here a previous post by BeBeez). Tim launched the initiative through Tim Ventures, the company’s corporate venture fund that Carlo Tursi heads. UVT set a fundraising target of 150 million and will invest in minorities of Italian and foreign targets.

Eureka! Venture raised 38 million euros for its technology transfer ahead of a target of 50 million (See here a previous post by BeBeez). Eureka belongs to Stefano Peroncini (40%), Salvatore Majorana (20%), Anna Amati (20%), and Meta Group (20%) and earlier in January it received 30 million from ITATech, a platform that received the support of Cdp and The European Investment Fund. Eureka also attracted resources from Compagnia di San Paolo, SAES Group, Umbra Group, and HNWIs. InnovFin Equity and European Fund for Strategic Investments also supported Eureka which will invest in startups operating in the advanced materials sector that aims to raise proof-of-concept, seed and round A funds.

ACBC, a producer of shoes with eco-friendly materials, raised 2.3 million euros through a club deal for which the lead investors have been those who poured 1 million in the company’s equity crowdfunding campaign on Doorway (see here a previous post by BeBeez). Earlier in June, the company attracted the resources of Boost Heroes. Boost Heroes and Doorway are two companies that BeBeez Private Data monitors. BeBeez is wishing you a happy summer. Don’t miss the chance to subscribe to BeBeez News Premium and BeBeez Private Data until 31 December 2020 for just 350 euros plus vat.

Microcredito di Impresa (MDI) raised more than 756k euros through an equity crowdfunding campaign on Opstart (see here a previous post by BeBeez). MDI set a target of 374k euros – 3.7 million on the ground of a pre-money value of 3.66 million. The company actually decided to launch a capital increase of up to 7 million for supporting its organic growth, including transformation into a bank,ahead of a listing on Milan market. Innovative-RFK is an investor in MDI, whose ceo and coo are Massimo Laccisaglia and Diego Rizzato. Since October 2018, the company issued loans for 4.5 million. MDI’s cost of capital is below 4%, while its lending rate is between 8.5% and 11%. Further investors of MDI are Francesco Rosetti, Edit Service, Confartigianato Viterbo, Marco Ravaldi, Diego Rizzato, and Novaria

Letyourboat raised one million euros from Ligurcapital and a group of private investors (see here a previous post by BeBeez). Walter Vassallo founded the company in 2018. Ligurcapital belongs to FI.L.S.E. (the financial arm of the Liguria Region – 99%) and to the Chambers of Commerce of Genoa and Imperia.

Voices of Wealth, the owner of wealth management platform We Wealth, raised 1.5 million euros from Crif, Gellify and B.Group (see here a previous post by BeBeez). The company also attracted the resources of Federico Ghizzoni and Gianni Franco Papa. In September 2018, Voices of Wealth raised 0.8 million from private seed investors, while in March 2019, it launched an equity crowdfunding campaign on Doorway. Fabienne Mailfait founded the company at the end of 2017.

Meta Wellness,  an Italian Internet of Things startup, launched an equity crowdfunding campaign on Forcrowd (see here a previous post by BeBeez). Crowdinvestors will get Meta Wellness’ special stakes that will guarantee a reimbursement on the ground of specific circumstances and timing. Meta Wellness will invest the raised proceeds in its organic development. The company has sales of 0.6 million euros and set a fundraising target of 0.5 million on the ground of a pre-money value of 15 million.

Milan-listed LVenture Group and Sara Assicurazioni renewed their partnership until 2023 (see here a previous post by BeBeez). Sara is a shareholder of LVenture Group since 2016.

Blockchain Italia has been the first Italian company to release its annual financial statements through the blockchain technology (see here a previous post by BeBeez). The company used the platform Dedit and Algorand. Pietro Azzara is the ceo of Blockchain Italia.

On 31 July, Friday, iCashly launched an equity crowdfunding campaign on CrowdFundMe (see here a previous post by BeBeez). iCashly already raised 0.14 million, above the target of 0.1 million. Once completed the campaign, the company will apply with Banca d’Italia for the authorization for operating as payment institute, AISP (Account information services provider) and PISP (Payment initiation service providers). Salvatore Gervasi is the cofounder of Rigsave, the owner of Rigsave Tech which is developing iCashly. Michele Basilicata and Giovanni Gervasi are the co-owners of Rigsave, which raised 1.5 million euros from 120 shareholders.