Home Companies Piaggio Aerospace secures a 30 mln euros loan by Banca Ifis. Production activity is then up and running, while mentre 11 potential buyers are in dataroom
Private EquityAugust 25, 2020Posted By: bebeez
Print Email

Piaggio Aerospace secures a 30 mln euros loan by Banca Ifis. Production activity is then up and running, while mentre 11 potential buyers are in dataroom 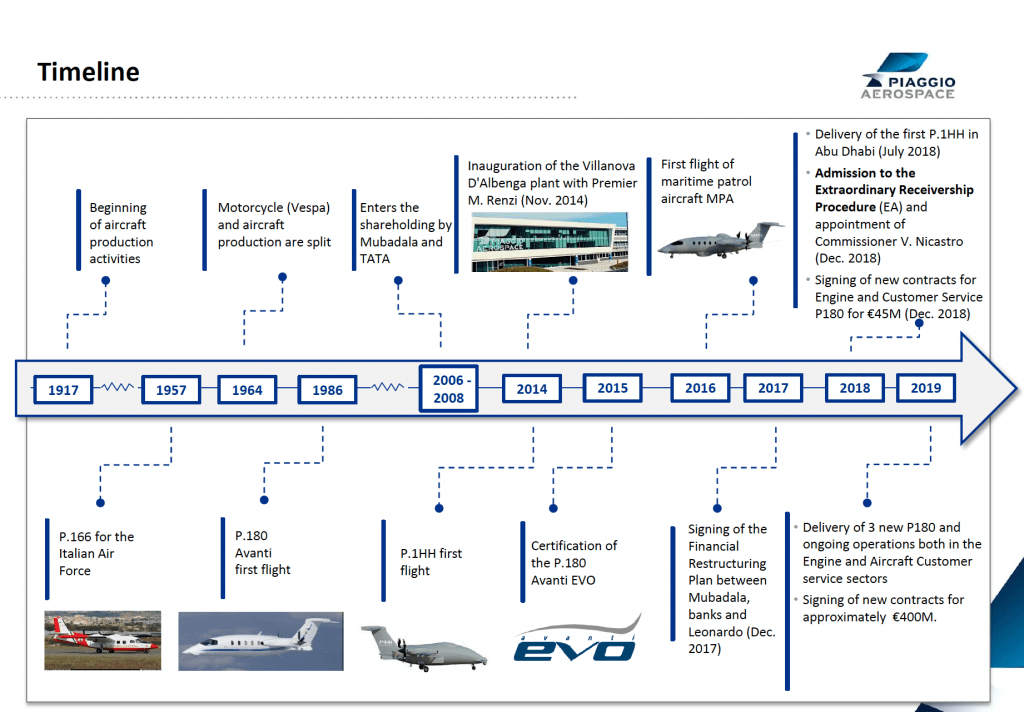 Piaggio Aerospace, a company in extraordinary receivership procedure owned by Mubadala, a sovereign fund of the Government of Abu Dhabi, has obtained a 30 million euros loan facility from Banca Ifis in the form of advance contracts and factoring operations. The loan comes after the final green light received from the Italian Ministry of Economic Development and with the approval of the Supervisory Committee (see the press release here).

Luciano Colombini, ceo of Banca Ifis, commented: “After a first credit line finalized in 2019 for the sale of tax credits, this is the second transaction for Banca Ifis with the aeronautical group, in support not only of production, but of the territories in which the company operates and, above all, of the employment”.

The extraordinary commissioner, Vincenzo Nicastro, explained: “The agreement, reached at the end of a process that initially involved other public and private financial institutions, will now allow Piaggio Aero Industries and Piaggio Aviation, the two companies under extraordinary administration that operate under the Piaggio Aerospace brand, to bring production and maintenance activities definitively up and running, thus gradually recalling, according to the agreed plan, the workers still on layoffs. The company sale process can also be completed “.

As is known, in fact, the extraordinary commissioner, appointed by the Italian Government in December 2018, had decided to sell the two business complexes in August 2019 and received the green light to that effect from the Government on 13 November 2019. On 27 February 2020, then the invitation was launched to express interest in the Piaggio Aero Industries and Piaggio Aviation business complexes (see here the invitation to express interest). Due to the coronavirus, the final deadline for sending expressions of interest had been postponed from the initial 4 March to 29 May (see here a previous article by BeBeez).

The invitation to express interest was originally answered by 19 subjects from all parts of the world (see the press release here), 11 of which were subsequently admitted to the data room. The primary goal is to find a new owner by the end of the year.

“We received requests from all over the world”, Mr. Nicastro had explained at the beginning of June, “with a greater concentration from North America, Europe and the Far East. A result that confirms the interest of the market. towards the group and its development potential, despite the crisis produced by the pandemic which has probably discouraged some potentially interested parties. ”According to Mr. Nicastro, the vast majority of subjects are interested in taking over the company as a whole.

Piaggio Aerospace is currently continuing production activities at the Villanova d’Albenga (Savona) and Genoa sites. Since last May, in addition to the maintenance of aircraft and engines supplied to government fleets, part of the aircraft production has also restarted, after  the Court of Auditors had registered the contract, signed in December 2019 with the Armed Forces,  for the purchase of 9 P.180 aircrafts and the modernization of a further 19.

With the recent award of the new multi-year contract by the Defense for the integrated logistical support of the entire fleet of P.180s supplied to the Armed Forces, Piaggio Aerospace offers itself to potential buyers with an order book of 640 million euros. Other orders, for a further amount of 260 million euros, are in various stages of negotiation. The total should therefore reach 900 million euros.