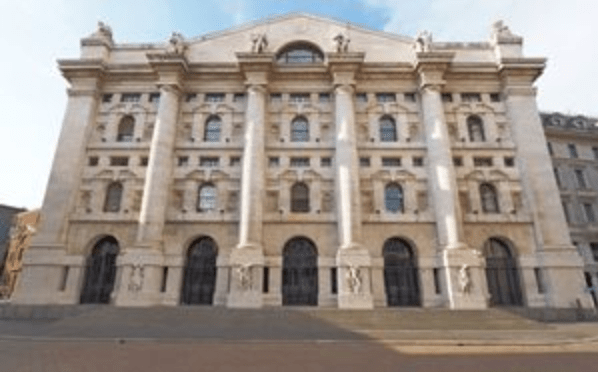 On 11 September, at the end of the deadline (see here a previous article by BeBeez), three non-binding offers arrived as expected for Borsa Italiana from the Euronext-Cdp Equity consortium, from Deutsche Boerse and Six Group, which controls Zurich and Madrid Stock Exchanges . The offers are all on the entire perimeter of the group put up for sale by the London Stock Exchange, which will now have to decide the deadline for the binding offers, probably in mid-October.

The confirmations for Euronext-Cdp and Deutsche Boerse came from the parties directly concerned (here the press release by Cdp and here the one by Deutsche Boerse), while Six did not release any notes, but the confirmation comes from various sources close to the dossier (see ANSA here).

The London Stock Exchange had confirmed on July 31 that it was thinking about a hypothesis of sale of the entire Italian Stock Exchange or of the subsidiary MTS, the managing platform of italian sovereign bonds. And this happened, after LSE had announced the week before that the European Commission had begun a second phase of review of the merger operation between LSE and the information provider Refinitiv (see here a previous article by BeBeez).

The deal on the Italian Stock Exchange, however, is much more important than the one on the MTS alone. The latter, in fact, is valued at 600 million euros and on sale there is only the 62.5% stake held by Borsa spa, while the entire Italian stock exchange is valued at 3.3-4 billion. For this reason, alongside the leaders Cdp Equity-Euronext, Deutsche Boerse and Six, possible allies are emerging, namely financial institutions and private equity funds.

Thus, while CDP-Equity-Euronext would have a possible ally in Intesa Sanpaolo and could find a natural ally in F2i, Deutsche Boerse would have contacted Allianz and Unicredit, while Six, according to reports from MF Milano Finanza, would be trying to involve Investindustrial.