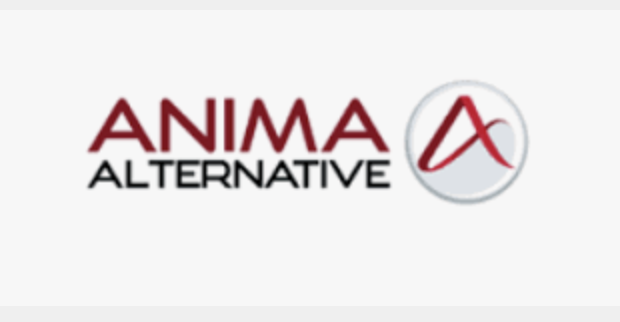 Anima Alternative sgr set a fundraising target of 150-200 million euros for Anima Alternative 1, a mid-market direct lending fund that will target investments in senior debt, unitranche, second lien, and mezzanine debt and will use 20% of its resources in minority investments (see here a previous post by BeBeez). Alessandro Melzi d’Eril is the chairman of Anima Alternative, while Philippe Minard is the ceo.

Equita Private Debt Fund, managed by Equity Capital sgr, made its first closing of 100 million euros (see here a previous post by BeBeez). The vehicle set a fundraising target of 200 million with a hard cap of 250 million and aims to invest in senior unitranche and subordinated facilities that support private equity transactions with tenures of 5 – 7 years and bullet amortising. The fund has a gross expected return of 9.5%. Equita launched its first private debt fund in 2016 and managed it on behalf of Lemanik Asset Management with resources for 100 million from Fondo Italiano d’Investimento, the European Investment Fund and other investors. Sign up here for BeBeez Newsletter about Private Debt and receive all the last 24 hours updates for the sector. EPD is one of the investors that BeBeez Private Data monitors. Find out here how to subscribe to the Combo Version that includes the reports and the insight views of BeBeez News Premium 12 months for 110 euros per month.

Giochi Preziosi received a financing facility of 85 million euros with the warranty of Sace through the programme Garanzia Italia (see here a previous post by BeBeez). The company received such resources from Unicredit, Sace agent, Banco Bpm, Intesa Sanpaolo, and Cassa Depositi e Prestiti. Giochi Preziosi will invest such proceds in its working capital and organic development. The firm has sales of 546.8 million, an ebitda of 79.3 million, net profits of 28.1 million, and a net financial debt of 235 million.

Cdp issued Cdp Social Bond 2020 (CSB) worth 750 million euros within the frame of mid-long term issuances programme of 15 billion (See here a previous post by BeBeez). CSB is for institutional investors, will list on Luxembourg market and mature in 8 years paying a gross coupon of 1%. The bond received the following ratings and outlooks:  S&P – BBB (negative), Fitch – BBB- (stable), Scope – BBB+ (negative). This bond aims to support Italian companies investing in R&D and innovation as well as those that faced coronavirus-related troubles.

Dedem, a producer of vending machines for passport-size pictures and playgrounds for malls, raised a 9.7 million euros financing facility with the warranty of Mediocredito Centrale (see here a previous post by BeBeez). The company received 7.7 million from Intesa Sanpaolo and 2 million from Banco BPM and Deutsche Bank. The company repaid previous liabilities in order to rebalance its financial structure and preserve its credit rating. Dedem has sales of 75.8 million and an ebitda of 10.3 million. In 2017, Dedem’s ceo Riccardo Rizzi and the other managers acquired 90% of the business from the heirs of Dan David and Pierre and Philippe Wahl, the founders. Vendors will keep a 10% stake. Mediocredito Italiano (part of Intesa Sanpaolo) financed the buyout.

The board of Italtel accepted the offer of Psc Partecipazioni which has still to reach an agreement with the company’s creditors and the shareholder of Milan-listed Exprivia (81% owner of the asset) and Cisco (19%) (See here a previous post by BeBeez). Italtel will have to outline turnaround plan by 7 November 2020 for tabling its application for receivership. On 11 September, Friday, the company missed the deadline that Milan Court set for presenting its receivership or debt restructuring plans. PSC Partecipazioni belongs to the Pesce Family (80,4%), Simest (9.6%) and to Fincantieri (10%). Italtel reportedly attracted the offers of Digital Value.

AMCO reached an agreement with Marinvest, the Italian holding of Gianluigi Aponte (the owner of MSC), and Banca Carige for the restructuring of troubled Italian shipping company Gruppo Messina (see here a previous post by BeBeez). Gruppo Messina has debts of 420 million euros with Banca Carige. The company’s total debt amounts to 450 million. In December 2019, Carige sold to AMCO a portfolio of distressed credits for 2.8 billion.

Axactor Italy hired Alessandro Scorsone as Sales & Marketing Director (see here a previous post by BeBeez). Scorsone will report to ceo Antonio Cataneo. Axactor Italy is the Italian subsidiary of Oslo-listed Axactor, an investor in distressed credits. Axactor Italy has a turnover of 25.1 million euros. Earlier in July, Axactor, A&F and Gma signed a partnership for managing Npls and Utps.

Alberto Nagel, the ceo of Mediobanca, said that the calendar provisioning of the European Central Bank for handling Npls and Utps and writing them off in three years is a clockwork bomb for the Italian and foreign banking system (see here a previous post by BeBeez). A credit crunch may  take place in three years and require new launches of capital increases. However, Nagel said that Andrea Enria, the head of supervision at the ECB, is willing to discuss a reform of the calendar provisioning.