Home Companies Takeover bid by One Equity Partners on Techedge will start next Sep 25th. The private equity firm will finance the deal with a 120 mln euro bond
Private EquitySeptember 22, 2020Posted By: Valentina Magri
Print Email

Takeover bid by One Equity Partners on Techedge will start next Sep 25th. The private equity firm will finance the deal with a 120 mln euro bond 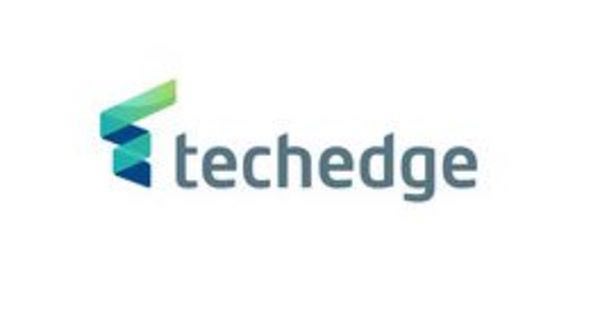 The takeover bid promoted by TitanBidco (an investment vehicle held by the US private equity firm One Equity Partners) on Techedge, an IT services company listed on the MTA on the Italian Stock Exchange , will start on 25 September and will end on 23 October 2020.

One Equity Partners had announced the takeover bid at the end of July 2020 (see here a previous article by BeBeez) and on 17 September Consob approved the takeover bid Document. The offer, which concerns 81.2% of the share capital, is aimed at obtaining the delisting of Techedge, at the price of 5.40 euros per share, with an implicit premium of 19.8% compared to 4.51 euro of last July. In the event of full success of the offer, the maximum amount will be over 113 million euros. 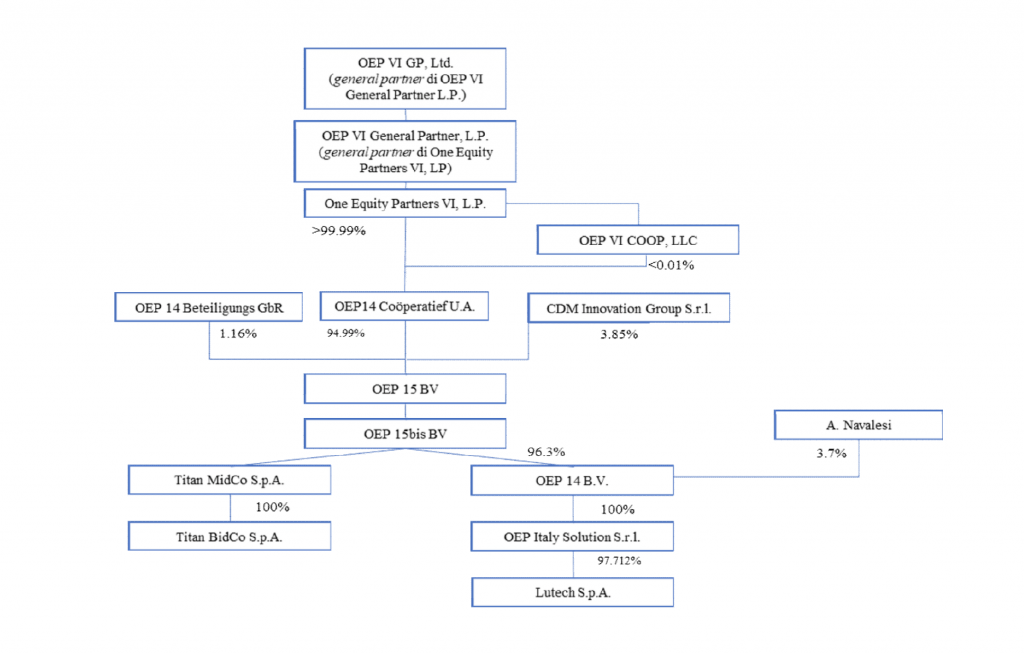 Techedge, active since 2004, has over 2,000 employees in 13 countries. The company made important investments in 2019 which led to the acquisition of 75% of Sturnis365, a company that offers an extremely innovative solution for collaborative disclosure management and the creation of the ESGeo startup, which provides consultancy and advanced digital solutions to facilitate the environmental, social and corporate governance (ESG) reporting process. Techedge closed year 2019 with revenues of over 206 million (+ 11.1%) and an ebitda of 23.5 million (see the press release here), while it closed the first half of 2020 with 101.7 million euros consolidated net revenues, an ebitda of 12.4 million and a positive net financial position of 5.8 million (see the press release here). The company was valued at 138 million euros, based on a 6.7x multiple of the 2019 ebitda.

The operation takes place in agreement with one of the founders of Techedge, Edoardo Narduzzi, owner of 1.35%, with Masada Ltd owner of 17.4% (100% controlled by Masada srl, which in turn is wholly owned by the Ester Lucia Trust, established by Alessandra Porchera, sole director of Masada srl ​​and spouse of Edoardo Narduzzi; Trustee of the Ester Lucia Trust is Giovanna Delfini, mother of Edoardo Narduzzi); and with Techies Consulting of José Pablo de Pedro Rodriguez, holder of the 11.1%. The latter has undertaken to bring the securities in acceptance of the offer, while the other two shareholders, under the agreements, will sell their stake to One Equity Partners outside the takeover bid.

OEP 15 is the same vehicle which, through the subholding OPE 14 bv, indirectly controls Lutech spa at 96.3%, a joint-stock company under Italian law active in the supply of IT systems aimed at promoting digital transformation and the development of innovative technologies for companies belonging to various sectors, which had passed under the control of One Equity Partners in July 2017. The fund had bought it from Laserline, the holding company of the founder Enrico Magni, owned by 16 other minority shareholders (see here a previous article by BeBeez). The remaining 3.7% of OEP 14 is owned by Andrea Navalesi, founder and ceo of Sinergy, a company that Lutech acquired in 2017 and incorporated last January. In February, One Equity Parnters had given a mandate to the US investment bank Raymond James to take care of the sale of Lutech, after the fund had been in negotiations with some private equity in the past months, but without coming to a conclusion (see here a previous article by BeBeez).

The reinvestments of Masada and Techies in Techedge will therefore take place at a value based on the fair market value of OEP 15 and, therefore, indirectly, of Lutech. The latter is present in 9 countries, with 2,700 professionals and has about 1,500 customers. And after around 440 million euros in revenues in 2019, Lutech is now aiming for a turnover of one billion euros in three years.

One Equity Partners will finance the tender offer with the issue of a 120 million euro senior secured bond issued by Titan Midco, which controls 100% Titan BidCo. The loan will have a maturity of 2025 and a variable coupon, equal to the Euribor rate (with a floor at zero) plus a spread, and will be increased up to 215 million, depending on the right of Titan MidCo to capitalize, in whole or in part, the interest accrued. . The bond remuneration structure provides for a spread (Cash Margin) determined according to a criterion of direct proportionality with respect to the percentage of the share capital of Techedge held at the date of determination of the interest rate and more in detail: 11% if the percentage is equal to or more than 85%, 10% if the percentage is less than 85% and equal to or greater than 65%; and 9.50% if the percentage is less than 65%.