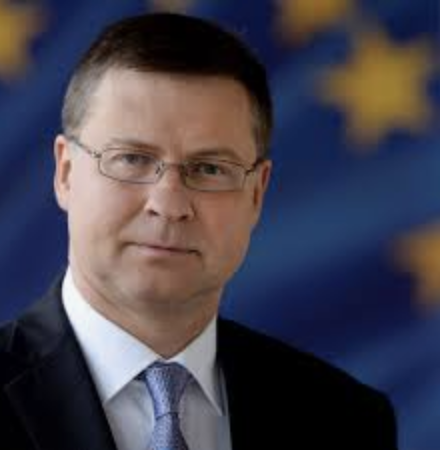 “I would urge the European Parliament to reach agreement on the proposal for a directive on credit services and credit purchasers. This should be a top priority. Secondly, to further reform the insolvency and debt recovery frameworks. Here, we should build on the results of the ongoing benchmarking exercise to discuss targeted national measures. These will play a key part in tackling NPLs over the longer term, combined with a rapid agreement on the proposal for a directive on accelerated extra-judicial collateral enforcement. Dealing with high NPL ratios is primarily the job of the banks affected and the countries concerned”, the vice president of the EU Commission Valdis Dombrovskis said on Friday 25 September, on the occasion of the round table on the issue of the management of European NPLs organized directly by the European Commission, in particular by DG Fisma, or the Directorate of Financial Stability and Capital Markets responsible for EU policy on banking and finance (see here the text of the speech).

The round table was also attended by the president of the Econ commission, Irene Tinagli, the head of DG Fisma, Klaus Wiedner, as well as officials of the ECB, Ssm and EBA and the representatives of the various national asset management companies and the main market players (see here a previous article by BeBeez).

At the round table, the Commission also presented the details of its recent proposal to amend the regulations on securitisations with a focus on securitisations of non-performing loans (see here a previous article by BeBeez). On this point, the Commission will organize a meeting of a group of experts with public sector counterparts on 5 October (see here the press release).

“When it comes to secondary markets of NPLs, it is important to facilitate cross-border transactions and widen the investor base”, Mr. Dombrovskis added and concluded: “Here, more data standardisation and the development of NPL transaction platforms would be critical. This could also involve creating a network of national asset management companies, for example, as we will discuss today. The other point I would like to stress is the urgency of taking action. While we have not yet seen a significant increase in this type of loans, it is probably only a matter of time before it happens”.

The marketplace project currently being studied by the Commission and the ECB presupposes a high level of standardization of information on NPLs, in order to make them comparable at a European level, and is said to take as a model the debt auctions of a US federal agency and the Italian BlinkS, the web platform for matching NPL supply and demand launched by Prelios Innovation, a fintech company part of the Prelios Group. Riccardo Serrini, ceo of the Prelios Group, who spoke during the meeting of the EU Commission, underlined the need to “deepen the experience of Italy, where there is already a secondary market also supported by digital platforms such as BlinkS, a digital marketplace for loan portfolio trading. “And he added:” There are two aspects that I consider further important: the first is to incentivize the banking system to dispose of NPE, by distributing the losses and above all the absorption of regulatory capital over various years, also by extending the GACS to the UTPs, and the second is to have a more efficient justice machine, which can at least halve the biblical time for the closure of bankruptcies and enforcement procedures ”.