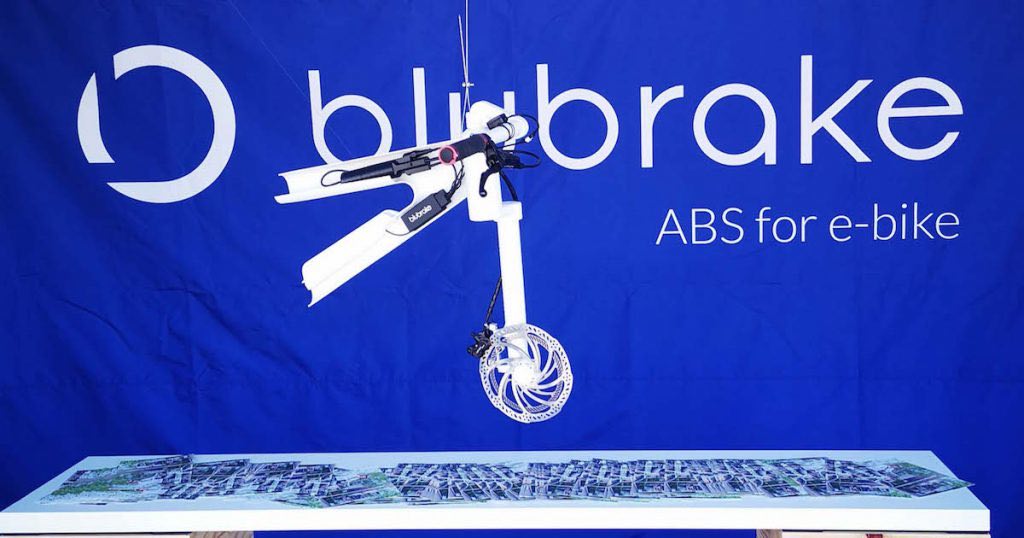 Blubrake, an Italian scale-up producer of components for e-bikes, closed a round of 5.2 million euros that attracted the resources of e-Novia (lead investor) and its chairman Michele Scannavini, Progress Tech Transfer, Andrea Perin, and other private investors (see here a previous post by BeBeez). Fabio Todeschini founded the company at the end of 2015 together with e-Novia and a gorupo of researchers and professors of Milan Polytechnic University. Blubrake has sales of 0.758 million and an ebitda of minus 0.587 million with a net cash of 0.726 million

Blue Financial Communication (BFC Media), a Milan-listed digital and media company that publishes the Italian edition of Forbes, acquired a stake of ClubDealOnline (see here a previous post by BeBeez). CDOL is an equity crowdfunding platform for high net worth individuals (HNWI), family offices, wealth managers, financial consultants, and institutional investors that Antonio Chiarello founded together with i-Starter, Simone Cimminelli. In January 2019, Milan-listed Portobello led the series A round of ClubDealOnline. Earlier in September, Cristiano Busnardo, invested in the company and became its ceo. Roberto Ferrari is the company’s chairman. ClubDealOnline also launched Round as a Service – RaaS (see here a previous post by BeBeez). This service will allow the corporate clients of the to launch club deal fundraising rounds. RS Production, a company that owns the publishing house Web Magazine Makers together with Portobello, already raised funds through RaaS.

Italian ICT company 4ward, part of Impresoft, a portfolio company of Xenon Private Equity and of Lca Ventures invested in Iuscapto, an AI-based startup for cataloguing and searching information (see here a previous post by BeBeez). Impresoft has sales of 55 million euros. Xenon Private Equity created the company in November 2019 out of the merger of 4ward, Brainware, Gruppo Formula, Impresoft, and Qualitas Informatica. Luca Canevello (esecutive board member), Cesare Bruzzone (head of legal) and Roberto Lucignani (CTO) founded Iuscapto in 2018.

Allfunds, a wealthtech company, launched new blockchain solutions for the financial sectors through its unit Allfunds Blockchain (see here a previous post by BeBeez). Allfunds is also working with Iberpay on the proof of concept for Smart Payments.  Allfunds has more than 1 trillion euros of assets under management and in July 2017 it placed a 7-years (callable from the third year) 575 million bond with a 4.125% coupon. The company invested the proceeds of such an issuance  for refinancing the buyout of Hellmann & Friedman and GIC that acquired the asset in 2017 from Santander, Intesa Sanpaolo, Warburg Pincus, and General Atlantic for 1.8 billion.

Noleggio Energia, an Italian startup for the rental of instruments for efficiency energy to SMEs, launched its fourth lending crowdfunding campaign (see here a previous post by BeBeez). Sources said to BeBeez that the company is going to launch an equity crowdfunding campaign. Noleggio is currently raising the loans on Ener2Crowd and set a target of 90-125k euros. The company already borrowed 46K in this ongoing campaign and the offer will end in 40 days from now. Noleggio will invest such resources in a photovoltaic plant based in Brescia area. The facility has a tenure of 48 months and pays a 4.75% rate. Noleggio Energia belongs to Fidimprese and the ceo of both companies is Diego Teani. Ener2Crowd is a startup itself that earlier this year raised more than 257k euros through an equity crowdfunding campaign on Opstart on the ground of a pre-money value of 2 millions. The startup previously attracted a 0.13 million seed investment. Paolo Baldinelli, Giorgio Mottironi, Sergio Pedolazzi, and Niccolò Sovico founded Ener2crowd in 2019.   In November 2019, the platform hosted the campaign of Samso an Italian Energy Saving Company that raised 106k euros for installing a LED lighting system (see here a previous post by CrowdfundingBuzz) .

LVenture signed a partnership with Bizplace, a financial consultancy firm that will act as scouting partner for the Milan-listed fund (see here a previous post by BeBeez). Federico Palmieri and Andrea Bonabello founded Bizplace Holding in 2017. Bizplace already scouted Slymetrix, a provider of marketing optimization tools for e-commerce.

MixCycling, a spin-off of Italian corks producer Labrenta, launched an equity crowdfunding campaign on CrowdFundMe (see here a previous post by BeBeez). MixCycling already raised 400k euros (in the region of 12% of the equity) on the ground of a pre-money value of 3 millions and with tickets of at least 500 euros. The company will invest the raised proceeds in creating a new plant for recycling special materials, R&D and marketing.

On 16 October, Friday, Esdebitami Retake launched an equity crowdfunding campaign on Crowdfundme with a target of 200-500k euros (least ticket of 250 euros) on the ground of a pre-money value of 9 millions (see here a previous post by BeBeez). The company already raised 26,500 euros and will invest the proceeds in its organic development. Esdebitami Retake already attracted equity investments for 0.5 million from business angesl. Luigi Ursino and Francesco Serpa are the company’s chairman and ceo.

B2B Gellify signed an industrial partnership with Innext, a management consultancy firm that is a Premier Partner of Google Cloud (see here a previous post by BeBeez). Gellify and Innext will support corporates and entrepreneurs in changing the operational technology in the manufacturing system and the digitalization of the businesses. Innext has sales of above 8 million euros with a 15% ebitda.

Fleep Technologies reached the fugure of 900k euros raised for its seed round thanks to 100k euros just subscribed by Eureka! Venture sgr (see here a previous post by BeBeez). Pariter Partners Syndicate, Italian Angels for Growth (IAG), Club degli Investitori, and the Cogliati Family subscribed a first part of this round amounting 800k euros. Fleep Technologies was born in 2019 out of the initiative of Giorgio Dell’Erba, Paolo Colpani, Mario Caironi, and the other researchers of Center for Nano Science and Techology (CNST) of Milan-based IIT.

Eterna Capital, Borderless Capital and The Algorand Foundation launched the Algorand Europe Accelerator for supporting the early stage projects that aim to develop applications for the Algorand platform (see here a previous post by BeBeez). Silvio Micali, a Turing Prize laureate, founded Algogrand. For more information on this issue, see here the Insight View of BeBeez about decentralized finance or DeFi (available to BeBeez News Premium subscribers) and here the video of the 30 September panel on the subject of Milano Finanza Digital Week. Eterna Capital is an investor in blockchain projects based in London that Andrea Bonaceto founded in 2018 together with Nassim Olive, Asim Ahmad and Mattia Mrvosevic. The fund has resources of 20 million US Dollars. Algorand Europe Accelerator is an European accelerator that supports the European developers and the entrepreneurs that work with Algorand platform The shortlisted projects will get a seed funding facility of 15K US Dollars from Borderless Capital and the most successful of them will receive 0.5 million follow-on investments from Borderless Capital and Eterna Capital. The mentors team of Algorand Europe Accelerator includes Adi Sideman, Carlos Domingo, Adrian Uberto, Pasquale Tuosto, Tim Boeckmann, and Chen Li. Massimo Morini is the chief economist of The Algorand Foundation.

Dishcovery, I’m OK and Splitty Pay received the award of the call for startups Store del Futuro – Experience More (see here a previous post by BeBeez). PoliHub, the incubator of Turin Polytechnic University and Axepta, a paytech company of Bnp Paribas, launched this call earlier in February. The startups will receive an acceleration support of 4 months and a grant of 25K euros each for financing their technology development & validation activities for creating a Proof of Concept (PoC) . Stefano Calderano is the ceo of Axepta. Enrico Deluchi is the coo of PoliHub. PoliHub also provided the Italian fintech FinDynamic with its incubation support. Enrico Viganò, the founder of the startup, previously said to BeBeez the PoliHub is a good basin for liaise with good professional and innovative technologies.

Banca Progetto, an Italian challenger bank for SMEs and private clients that belongs to Oaktree Capital Management, signed a partnership with Solutions to Enterprises (S2E), a consultancy firm for business and technology innovation, Information Security, SOC projects, industrial safety, ethical hacking, and eDiscovery (see here a previous post by BeBeez). Banca Progetto improved its safety standards. Oaktree acquired a 54.212% of the bank in 2015. Earlier in September, Banca Progetto signed a partnership with Modefinance.