Investindustrial exits Aston Martin after an 8 year investment. The firm had started to reduce its stake last May 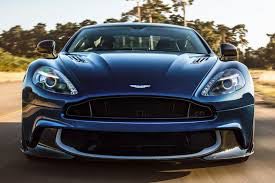 Investindustrial has definitively exited the capital of the British luxury car manufacturer Aston Martin Lagonda, selling its remaining 4.12% stake. It emerges from the notifications of the London Stock Exchange (see here the Regulatory filing of last Friday 23 October).

On the other hand, on 21 April the fund had rounded up its stake, rising from 17.3% to 20.92% (see here the filing at the time). The change of strategy evidently follows the series of difficulties which the supercar group has faced in recent months due to the pandemic lockdown, after the fund had invested a total of a few hundred million euros in the business. 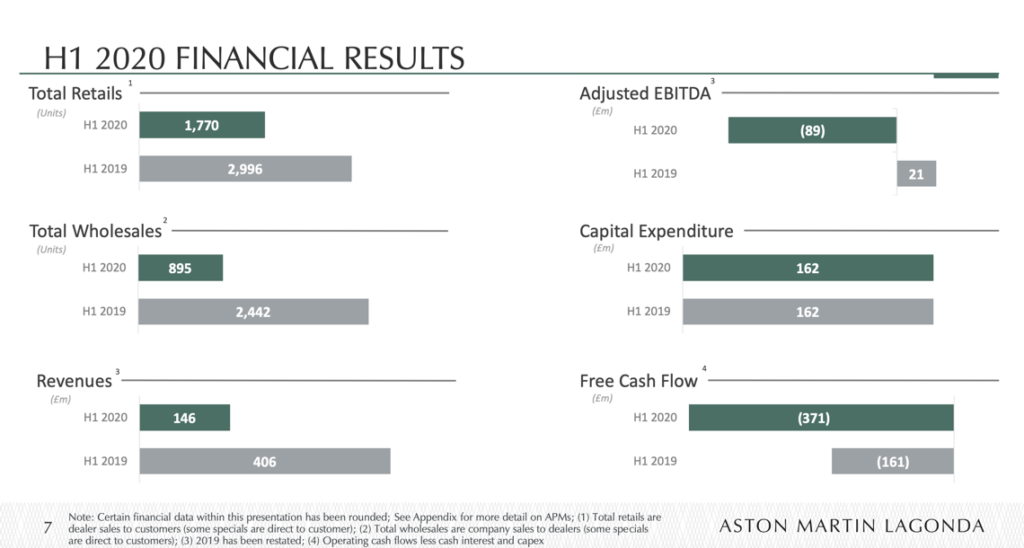 At the end of June, Aston Martin raised 152 million pounds in a capital increase subscribed by institutional and private investors precisely to tackle the problems arising from the Covid-19 emergency, which have been then clearly evident in the half-yearly Financial Statements, with revenues of 146 million pounds down from 406 million in H1 2019 and a negative ebitda of 89 millions from a positive 21 millions, with a net financial debt of 751 millions (see the presentation to analysts here). On that occasion Investindustrial had subscribed new shares for a total value of 11.8 million pounds (see the press release here).

In May 2015, Investindustrial and its Kuwaiti partner Tejara Capital announced a 200 million pounds capital increase for Aston Martin (see here a previous article by BeBeez). In 2018, then, there was the listing on the London Stock Exchange. The group had then placed shares for 1.08 billion pounds or 27.5% of the capital and was valued at 4.33 billion pounds. On that occasion, Investindustrial (with a 37.5% stake before the ipo), the Kuwaiti of Tajara Capital (formerly Investment Dar) and Adeem Investments (which together controlled 54.5%) were sellers, while Daimler had not sold his 4.9%, obtained in 2013 in exchange for the supply of engines and electronic components, which it then reduced to 4.2%. In July 2019 Investindustrial had presented through Strategic European Investment Group, a vehicle company that belongs to the Investindustrial VI fund, an offer to increase its stake in Aston Martin by 3%, paying 10 pounds per share for 6.84 million shares probably to try to raise the company’s prices (see here a previous article by BeBeez).

At the end of February 2020, a consortium of investors (Yew Tree Consortium) led by Canadian entrepreneur Lawrence Stroll, had announced the subscription of 45.6 million newly issued shares, equal to a 16.7% stake in Aston Martin, to 4 pounds per share for a total of 182 million pounds. The consortium also promised that at the time of the announcement of the 2019 financial statements, a further capital increase of an additional 318 million pounds dedicated to all shareholders would be launched, for a total injection of fresh money of 500 million pounds. All this to rebalance the financial situation of the group, burdened by a net financial debt of approximately 800 million pounds, and to support the market launch of the DBX luxury SUV (see here a previous article by BeBeez).

The abrupt halt to the growth of the global economy following the coronavirus infection, however, canceled the Geneva Motor Show, in which Aston Martin intended to present the new Vantage Roadster and V12 Speedster models and forced Stroll to reckon. The consortium of investors therefore decided last March to buy a 25% stake in the supercar manufacturer group in a reserved capital increase, with an outlay of 171 million pounds for 76 million newly issued shares at 2.25 pounds for share and that the subsequent capital increase in option to all shareholders would have consisted in the issue of approximately 1.2 billion new shares (from 153.2 million initially planned) based on a ratio of 4 new shares for each old share at a price of 30 pence for each new share, for a total of 364.8 million pounds. The share capital increase was therefore 536 million pounds at a price of 225 pence per share, or approximately 592 million euros (see here a previous article by BeBeez).  The markets took the news very badly that day, with the stock losing 30% in a single session.

Prestige / Strategic European Investment Group, the vehicle in which Investindustrial was a shareholder of Aston Martin and which was then the largest shareholder of the supercar group with 29.64%, had announced that it would subscribe to the capital increase, as well as for the 100% of the rights due to him, including for a further 16.7 million shares, bringing his post-increase stake to 22.2%. On the other hand, what was the second largest shareholder up to then, namely the Kuwaiti fund Adeem / Primewagon (with 27.2%), had announced that it would subscribe to the increase for only 26.5% of its rights, thus diluting to 8.5%. As for Yew Tree, he had undertaken to subscribe the increase exactly in proportion to his rights, remaining at 25% of the capital, for a total outlay for the consortium in the two transactions of 262 million pounds (against the 235 million initially assumed)  In reality, however, after the operation at the beginning of last April, Investindustrial’s stake had dropped from 29.64% to 17.3% (see the filing here) and then rose to 20.92% a few days later.