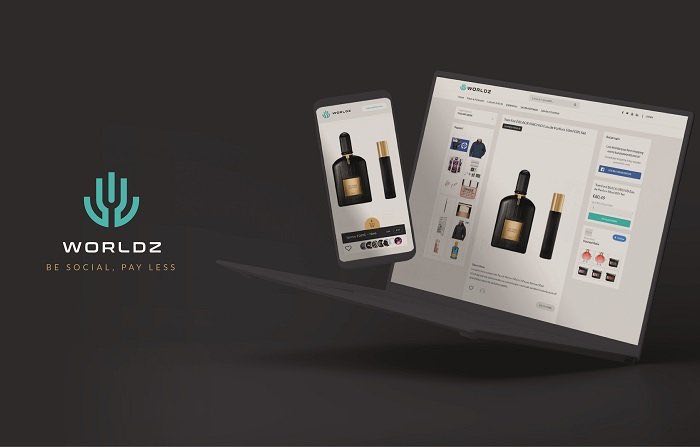 Worldz, a social commerce platforms developer, closed a round of 572k euros that Intesa Sanpaolo joined through the issuance of a convertible loan on the basis of a 5 million euro pre-money valuation (see here a previous post by BeBeez). In 2019, the startup closed a crowdfunding campaign on the ground of a 3.7 million value. Joshua Priore is the ceo and founder of the startup born in 2015. Worldz has sales of 48,000 euros with an ebitda of minus 9,000 euros and net cash of 5,000 eurs. The company will invest the raised proceeds in its organic development and creating further synergies with Intesa Sanpaolo and other important financial services firms.

Qaplà, a startup that has developed an innovative integrated system that allows B2C e-commerce platforms to manage shipments in all their phases, raised 950k euros through a round that Italian Angels for Growth (Iag) led with the support of Doorway, angel networks and Moffulabs (see here a previous post by BeBeez). Cdp Venture Capital joined the transaction through its Fondo Acceleratori. Qapla’ also attracted the resources of Club Acceleratori and investors that joined a crowdfunding campaign that the company launched on Mamacrowd. Qapla’ will invest such proceeds in consolidating its position in Italy and Spain. Roberto Fumarola is the ceo of Qapla’ which appointed Ludovica Cantarelli as coo and Giuseppe Arturo as CFO. The company aims to hire a CSO (Chief Sales Officer). Qapla’ has sales of 0.285 million and an ebitda of minus 47,000 euros.

Noisefeed, a startup that developed Injuries, a reference platform in professional football, containing the largest thematic database of all injuries of professional soccer players, attracted the resources of Ligurcapital  amounting to 130k euros (see here a previous post by BeBeez). Nicolò Cavallo founded Noisefeed in 2017. Wylab, Hudl (fka Wyscout) and further investors have a stake in Noisefeed which has sales of 90,000 euros and an ebitda of minus 16,000 euros.

Soisy, a fintech platform that offers installment payment services for purchases on e-commerce financed by private investors, aims to raise 0.495 – 1.54 million euros (on the basis of a pre-money value of 16 million euros) through an equity crowdfunding campaign on 200Crowd (see here a previous post by BeBeez). The company already raised 1.36 million as for today and will invest the campaign proceeds in its 2.5 million capital increase that will support the organic growth of the business. Earlier this year, the company raised 2.2 million through a previous campaign on 200Crowd on the ground of a pre-money value in the region of 9.9 million while in November 2018 it had raised 1.25 million. Pietro Cesati (30% owner) and Andrea Sandro founded Soisy which aims to generate a turnover of 0.359 million for 2020 and reach the breakeven in 2022.

MyAir Inc raised one million euros from Health Technology Holding (HTH), an investor in early stage startups that makes its scouting through Zcube-Zambon Research Venture (see here a previous post by BeBeez). HTH was born in 2019.

The Italian equity crowdfunding platform Concrete Investing closed a second exit for Le Dimore di Via Arena, a real estate development project in Bergamo (see here a previous post by BeBeez). The average yield amounted to 10.13% after 12 months, the campaign started in August 2019 and ended in September 2019 and achieved the fundraising target of one million euros. Those who exercised their put options achieved a 9.81% return in 12 months, while the exercise of the call option of the sponsor generated a yield of 11.99%. Earlier in January, Concrete Investing completed the exit of Torre Milano. Concrete Investing raised 14.8 million for 9 projects that Impresa Rusconi, Immobiliare Percassi, Bluestone, Borgosesia, and other bespoke firms launched allowing investors to achieve an average yield of 11.5%.

Cherry 106, a credit trader company that belongs to Giovanni Bossi, launched SuperB Cherry106, a fintech marketplace for tax credits, together with Banco Bpm (see here a previous post by BeBeez). SuperB will only be available to Banco Bpm. TeamSystem, Kpmg and Protos supported Cherry 106 for the launch of the platform. Mr. Bossi and the other shareholders of Cherry 106 aim to integrate the company with Banco delle Tre Venezie for acquiring 51% of it upon the authorization of the European Central Bank