Morrow Sodali, a US group, but with a strong Italian soul, specializing in corporate governance services, management of shareholders ‘and bondholders’ meetings, proxy solicitation, investor relations and services relating to extraordinary transactions, announced a new acquisition a few days ago. In fact, the group recently acquired London-based Nestor Advisors, a company specializing in corporate governance and ESG (see the press release here).

For Morrow Sodali this is the latest deal in a row, which has led the group to expand its business both geographically and in terms of the type of business. And it will not be the last one. Alvise Recchi and Moroello Diaz della Vittoria Pallavicini, respectively ceo and chairman of Morrow Sodali, anticipated to BeBeez: “To date, we can say that we have created a platform that is already very complete in terms of the range of services offered and geographical areas covered, but we are open to welcoming other teams who want to join forces to further strengthen our range of action “. 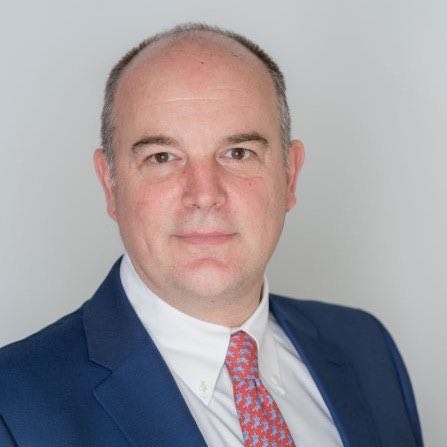 In the meantime, the business continues to grow and the group has reached 50 million euros in recurring revenues from a customer base of 700 companies to which the business related to extraordinary operations is to be added, which certainly was a bit lower in 2020 due to the Covid-19 emergency, but in any case it remained at an important level.

Mr. Recchi had co-founded GSC Proxitalia in 1999 as a joint venture with Georgeson Shareholder Communications, part of the Computershare group since 2003, and in 2005 had then sold its stake to Georgeson, completely exiting from the capital (see the press release of the time here). In 2006 Mr. Recchi then co-founded Sodali Inc. in London with the support of GWM and in particular of Moroello Diaz della Vittoria Pallavicini. Finally, when in May 2015 Moroello and his brother Sigieri sold their stake in GWM (see here a previous article by BeBeez), the stake in Sodali passed directly to Moroello, through Sodali Holding.

Morrow Sodali was then born in May 2016, thanks to the merger between Sodali and the US-based Morrow & Co founded in 1972 (see here the press release of the time). The merger was financed by Fidia Holding spa, the investment company of the Arengi Bentivoglio family, which once held the control of Fidia Farmaceutici (sold in 2007) and which has since been led by Fabrizio Bentivoglio based in the United States (see here a previous article by BeBeez). “We needed not only a financier, but above all a point of reference in the United States and for this reason the collaboration with Fidia was and remains crucial for us”, Mr. Recchi added. Fidia had then invested in Morrow Sodali together with MC Square, the advisory and co-investment platform in private equity companies and funds which Fidia itself had supported the launch of a few months earlier (see here a previous article by BeBeez). Fidia had subsequently exited from its investment in MC Square, while the latter is still a shareholder in Morrow Sodali.

In April 2017 Morrow Sodali, thanks to the support of the Italian government sponsored agency Simest, then acquired the Australian-based Global Proxy Solicitation, a leader in shareholder engagement, proxy solicitation and corporate governance services, which expanded the group’s presence in a new geographical area , Australia, and opened the door to South East Asia (see the press release of the time here).

“We decided to open up capital to an investor like Granite Creek to make our capital structure more institutional, given that up until that moment Morrow Sodali’s shareholders were just us, i.e. the managers, and family offices. The company has now grown up and is certainly a group founded by Italians, but it si a subject with offices in London and New York and activities all over the world, where the important partners are international as well as its management “, Mr. Recchi explained. And the process of “institutionalization” continued. At the end of September 2020, the California-based private equity  firm St. Cloud Capital, through its third fund also entered the capital of Morrow Sodali (see the press release of the time here).