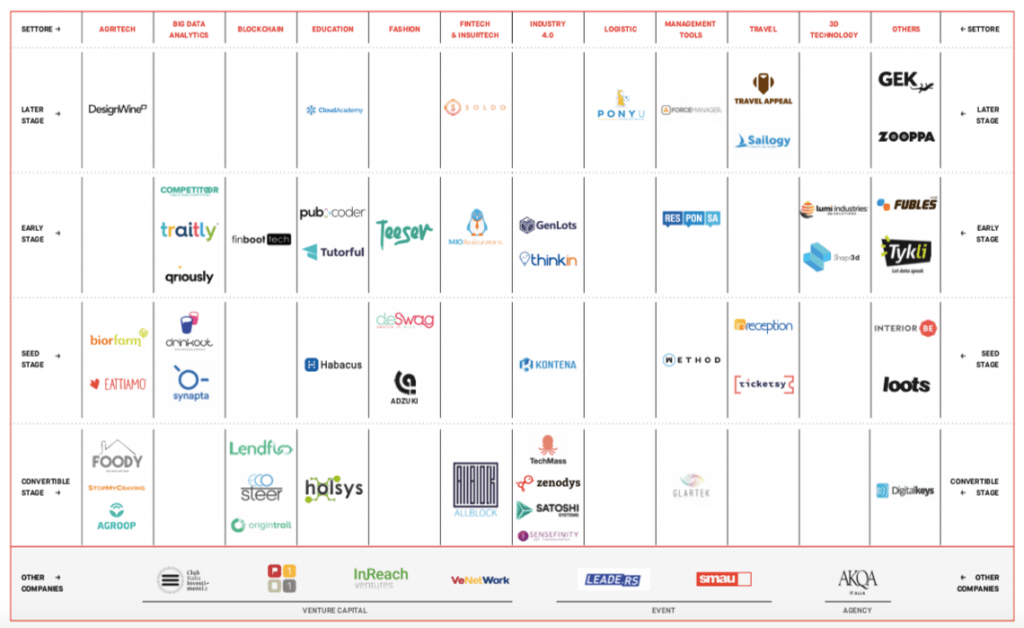 The Italian startups ecosystem is very active.  Milan listed incubator H-Farm posted its first positive ebitda in 2018 since it started activities. Ebitda was 1.1 million euros, up from – 2.1 million euros in 2017 (see here a previous post by BeBeez). This was above all thanks to two very rich exits made by H-Farm last year: one from TravelAppeal and the other from Depop.

Vertis sgr launched Vertis Venture 4 Scaleup Lazio (VV4) (see here a previous post by BeBeez). VV4 will co-invest with Vertis Venture 2 Scaleup in the sectors of robotics, mechatronics, automation, big data, artificial intelligence, and digital technologies. Targets should be based in the central Italian region of Lazio. VV4’s anchor investor is actually Lazio Innova, funded by Lazio Venture. The latter as well as Innova Venture are part of FARE Venture of the Regione Lazio, whose managers are Peter Mayrl, Fabio Mondini De Focatiis, and Stefano Peroncini.

Spanish Housers, a real estate lending crowdfunding platform, appointed João Távora as international managing director for Italy and Portugal (see here a previous post by BeBeez). Távora will replace Giovanni Buono, who has gone to work for the Italian branch of FinLeap, a German startup that supports fintech companies.

Mymenu, an Italian food delivery startup, aims to raise 1.5 million euros (see here a previous post by BeBeez). Giovanni Cavallo, who founded the company together with Lorenzo Lelli and Edoardo Tribuzio, said to BeBeez that the company raised other 1.5 million euros since it started its activities.

Annabel Investment holding, the private equity veichle of Nicola Bulgari, and the English e-commerce fashion platform Farfetch invested in Dubai based competitor The Modist, that is raising its second financing round for an undisclosed amount (see here a previous post by BeBeez). Algerian entrepreneur Ghizlan Guenez founded The Modist, that owns the fashion brand Layeur.

Italian mobile payment Satispay received the licence as an e-moeny institution in Luxembourg after having acted under the UK law with a UK licence till now (see here a previous post by BeBeez). Alberto Dalmasso, co-founder and ceo of Satispay, said that the company made such a move for avoiding the problems that a No Deal Brexit may cause. Dalmasso founded Satispay in 2015 together with Dario Brignone and Samuele Pinta.