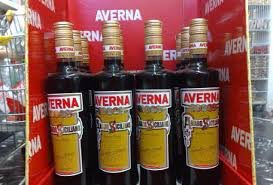 Gruppo Campari will acquire 100% of the share capital of  Fratelli Averna spa, a leading spirits company in the Italian market, for an enterprise value of 103.75 million euros. Gruppo Averna is the owner of Averna, the second best-selling bitter in Italy, and one of the best well-known and appealing bitters worldwide. Moreover, Averna Group owns a portfolio of premium brands, among which, Braulio, a herb-based bitter, particularly known in Northern Italy, Limoncetta, a natural sweet liqueur made of lemon peel, and Grappa Frattina, through which Gruppo Campari enters the grappa category (download here the English press release).
Founded more than 150 years ago by the Averna family, the acquired business has been continuously managed by the founding family for five generations. In 2013 Averna Group achieved total net sales of 61.8 millions (with 11.3 millions of ebitda), up by 3.1% compared with the previous year, Italy represents roughly 65% of the total sales of the acquired business, while 35% is achieved in international markets, mainly Germany and Austria.
The total enterprise value for Averna Group of 103.75 millions corresponds to a pro-forma ebitda multiple of 9.2 in year  2013. The enterprise value is composed of an equity value of 98 millions and a net financial debt of 5.75 millions.
On this transaction Studio Legale Pedersoli e Associati acted as legal advisor to Campari. Vitale & Associati acted as financial advisor and Rödl & Partner acted as legal advisor to Averna Group.
In July 2013 Fratelli Averna  sold its 100 pct stake in Pernigotti‘s share capital to Turkish family owned group Toksöz, operating in the food&beverage, pharmaceutical and enegy sectors. Pernigotti is an historical Italian brand in the chocolate sectorwith 75 millions in revenue and was value around 60-70 million euros. The deal after a sale process lasting one year. The Averna family gave mandate to Vitale&Associati in Spring 2012 in order to find new finance for developing the group activity in the spirits core business through non core assets sale or finding new minority investors such as private equity funds.