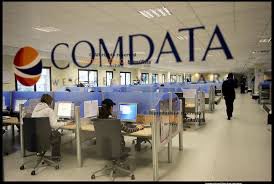 Carlyle announced it has agreed to acquire a majority participation in Comdata, the leading Italian company for outsourcing of contact center, help desk, back office, credit management and document management services (download here the press release).

The paneuropean private equity firm led in Italy by Marco De Benedetti (managing director and co-head di Carlyle Europe Partners) will be a 90% stake in Comdata’s capital, while Altair will retain a 7,5% stake and a 2.5% will be owned by the management led by ceo Massimo Canturi, who  will keep on managing the company, MF Milano Finanza writes today. The transaction is expected to complete in Q1 2016, subject to customary closing requirements and regulatory approvals

The equity for the transaction will come from Carlyle Europe Partners IV, The vvalue of the deal has not been disclosed but  MF-Milano Finanza iwrites that the group has been valued about 7-7,5x Comdata’s FY 2015 expected ebitda or about 300-350 million euros. In FY 2014 Comdata reached 298 million euros in revenues with 40 millions in ebitda, while this year revenues are seen reaching 350 million euros with a growing ebitda.

Moreover  MF-Milano Finanza says that Carlyle will finance the buyout with a 4x ebitda leverage and that senior lenders are Bpm, Bnp Paribas, Credit Agricole,  Intesa Sanpaolo, SocGen and Unicredit.

Carlyle is supported by Lazard as financial advisor for the deal and by  Latham & Watkins law firm, while the sellers are advised by Rothschild ad for the legal issues and by  Orrick, Allen&Overy and Gattai, Minoli, Agostinelli & Partners as for the legal issues.

Headquartered in Milan, Comdata operates a total of 27 hubs, with 14 based in Italy, five in Romania, four in Czech Republic, three in Turkey and one in Argentina, with more than 14,000 employees. Comdata’s leading clients operate in the telecoms, energy and utilities, financial services and media sectors.

The deal will help Comdata to strenghen its international precesence also through an m&a campaign- Mr. De Benedetti actually said:  “Comdata’s strong business model offers further potential for international growth. Using Carlyle’s extensive international network, we hope to assist Mr Canturi and his team in accelerating their growth plan.” And Mr. Saravale added: “Thanks to the know-how and the financial strength of one of the most important private equity funds in the world, Comdata aspires to become a relevant European player. We are confident that the agreement with Carlyle represents the beginning of a new growth path for our group”.

LKQ Corp to by Italy’s auto-parts distributor Rhiag for 1.04 bn $