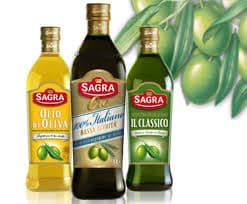 Chinese food&beverage giant Bright Food, bought a majority stake in Italian olive oil producer Salov. The minority of the capitl remains in the hand of founder family Fontana. The value of the deal has not been disclosed (download here the press release).

Headquartered in Tuscany, Salov produces and distributes oilve oil and seeds oil in more than 60 countries in the world with Sagra and Filippo Berio brands. The group has consolidated revenues of about 330 million euros.

Production will remain in Italy while the deal “projects Salov towards a phase of further development, thanks to the growth opportunity in the Chinese market and the consolidation in those geographies where the company has an established and leading presence”, says the note by Bright Food,

Bright Food is the second largest food conglomerate in China with 17.3 billion dollars revenues. It has based its growth strategy on the acquisition of shares in major food companies that represent global excellences: from Synlait in New Zealand, which produces foods for children, to Manassen Foods, an Australian company that includes confectionery, bakery and cheeses in its portfolio, and Weetabix, the historical English company that
produces breakfast cereals. At the moment Bright Food is in exclusive talks for acquiring a controlling stake in Israelian diary group  Tnuva Food Industries in a deal valued around 2.4 billion dollars.

Investment company TIP will buy 3.125% of Intercos’s shares in ipo.