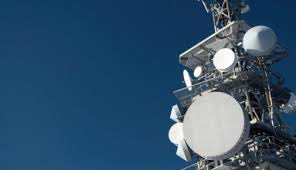 Sirti is controlled by Intesa Sanpaolo ( with a 26.84% stake, after having converted a mandatory convetible bond some years ago; the bank is also a big lender for as much as 200 million euros) while the remaing 73.16% of Sirti’s capital is owned by  Hiit, a parent holding where are concentrated stakes by industrial shareholders (Techint), private equity funds (Investindustrial, Clessidra and 21 Investimenti) and mezzanine private debt funds (Ver Capital e Emisys Capital).

Sirti is supported in the search of a new partner by Lazard. Intesa Sanpaolo is said to be ready to support the company in a recapitalization while the funds might be willing to divest.

A third possible candidate to Sirti’s recapitalization might be the new government sponsored Fondo Salvaimprese.  Actually Orlando Italy is one of the potential shareholders of this new turnaround investment veichle that is going to be launched in the next few months. A Law Decree  (so-called Investment Compact) stated last january the creation of a new investment company aiming at investing in Italy’s struggling companies which still have a good chance to recover their business. The newco will be capitalized by institutional investors and some of the shares might benefit of Italy’s Government guarantee (see here a previous post by BeBeez).

Innovative startups and SMEs, here is a comprehensive summary of the new Italian legislation