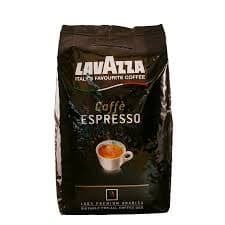 Italian leading coffee producer Lavazza targets French coffee brands L’Or and Grand Mere, which are expected to be put up for sale early next year to ease a planned merger of Mondelez International’s coffee business with D.E Master Blenders 1753, repectively numer two and number three in the sector in the world after Nestlé.

Lavazza is facing competition in the deal from Israel’s Strauss Group (25% owned by US private equity operator TPG Capital) and from four private equity funds (BC Partners, Cinven, Clayton Dubilier & Rice and PAI Partners). Strauss is advised by Rotschild while the sellers are supported by  Lazard and Perella Weinberg Partners.

Together L’Or, which makes coffee capsules that fit Nestle’s  Nespresso machines, and Grand Mere, known for its smiling grandmother logo, have an ebitda of about 55 million euros and the two brands together might be valued about 450-500 million euros.

The Italian family-owned company, founded by Luigi Lavazza in 1895, reached 1.34 billion euros in revenues last year of which 46% came from export sales. Lavazza already works in France with a subsidiary. Last August Lavazza sold to Carnation Hospitality its Indian retail chain Barista, while last May in an interview to Reuters Lavazza’s ceo  Antonio Baravalle said that the Italian group targets 2 billion euros in revenues in 10 years.