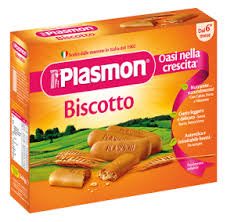 Italy’s Newlat group owned by the Italian-Swiss entrepreneur Angelo Mastrolia bought from Kraft Heinz a plant producing baby food based in Ozzano Taro (Parma). The business counts 168 employees and has turnover of about 100 million euros.

The plant produces products with well known brands such as Plasmon, Dieterba and Nipiol baby food which means suppers, rice, pasta, flavours, oil and baby formulas. Moreover the plant produces also special foods with Biaglut (food for celiac people) and Aproten (lower protein foods) brands. Newlat was advised for the deal by Unicredit, while Kraft Heinz was advised by Arietti&Partners.

Kraft Heinz will keep on producing in Italy with just one proprietary plant in Latina (Lazio), while the rest of the production has been given in outsourcing to other companies. As for Newlat, the Reggio Emilia-based group is going on with its m&a strategy aiming to list its shares at the italian Stock exchange in the medium term.

Thanks to the deal,  Newlat’s revenues will reach 400 million euros this year from about 320 millions in 2014. The increase in revenues will be assured in the next few years too as the plant will keep on producing for Kraft Heinz which will remain owner of the Plasmon, Dieterba, Nipiol, Bioglut and Aproten brands. The plant will be moreover allowed to produce for third parties’ private labels. Mr. Mastolia committed to mantain employment at the plant and to invest about 10 million euros in the plant in the next few years.

Mr. Mastolia had acquired Newlat from Italian struggling Parmalat dairy group in the Spring of 2008 through its Lugano-based Tmt Finance sa and he has made it grow well since then. In Novembre 2008 Parmalat sold to Newlat a  plant in Lodi (near Milan) producing milk and dairy products with Ala, Polenghi and Optimus brands.

Always in 2008 Newlat bought from Nestlé a plant in Sansepolcro (Tuscany) where the international food giant used to produce pasta and bread substitutes  Buitoni,

In December 2013 Newlat acquired for 20 million euros from Spanish group Ebro Foods two German well konwn pasta brands, Birkel and 3 Glocken, and became the number one player in Germany in the pasta sector with a 20& market share. Finally in December 2014 Newlat bought Centrale del Latte di Salerno, the dairy business previously owned by the City of Salerno (close to Naples).

Junior private debt pays 10.6% in Europe now, more than in the US