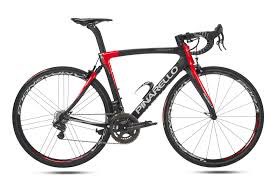 French luxury group Lvmh is in advanced talks to buy control of cycling’s prominent Italian brand Pinarello, Tribuna di Treviso wrote last weekend adding that technically the acquiror would be a fund sponsored by Lvmh. Pinarello is a high-end quality and hi-tech bikes manufacturer whose products sell for 10-12k euros each.

The news was relaunched yesterday by local and national Italian press quoting a direct involvement of Lvmh and not a sponsored fund. However it is reasonable to think of an investment to be made through an  L Catterton managed fund (L Catterton was born last January as a joint venture between L Capital and Catterton, see here a previous post by BeBeez).

Talks with Lvmh started after a reorganization of the shareholding capital at the parent company level of Cicli Pinarello, which is now chaired by Fausto Pinarello, first son to founder Nani Pinarello (passed away in 2014), is now owned by Fausto himself, his sister Carla, his mother Ida Gobbo and Gloria, the widow to the third brother Andrea, who died in 2011 when he was 40.

Prior to this riorganization, Cicli Pinarello was also owned by Roberto Della Pietà, Carla Pinarello’s wife, and their son Nicola Della Pietà. If a deal with Lvmh will be signed, Fausto Pinarello will still lead the company as ceo.