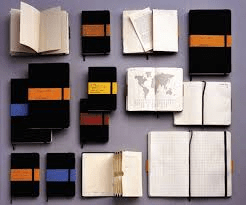 More in detail, afjusted ebitda stayed firm at 33.6 million euros  (equal to 38.6 pct of revenues) from 33.5 millions in 2012 (42.9 pct of revenues) due to foreign exchange rates impact  and by the increasing incidence of operating costs related to the development of the Retail and e-Commerce channels. Non-recurring items and transactions not directly related to the ordinary business amounted to 9.4 millions, of which 8.6 millions are represented by ipo and ipo related expenses.
Group adjusted net profit were down to 19.2 million in full year 2013 versus 19.7 millions in full year 2012. The result is impacted by higher D&A related to increased investments, counterbalanced by lower financial expenses as a result of the deleverage.
The net financial debt of the group at 31 December 2013 was actually down to 16.1 million euros (from 20.1 millions at September 30, 2013 and from 43.5 millions at 31December 2012). Cash generation in the period benefitted from the ipo capital increase and was reduced by planned investments, non-recurring items related to the IPO process and by
The Board of Directors has also approved the Strategic Plan 2014-2016. Revenues are expected to grow during the period to approximately 135-140 million euros in full year 2016, driven by all geographies and distribution channels. In terms of profitability, the Company plans to increase its ebitda to 42-44 millions and its net profit to 24-26 millions in full year 2016. For 2014 the Company expects to achieve revenues of approximately 100 millions and an ebitda broadly in line in absolute terms compared to full year 2013, due to the investments planned, a prerequisite for the implementation of its strategic plan.